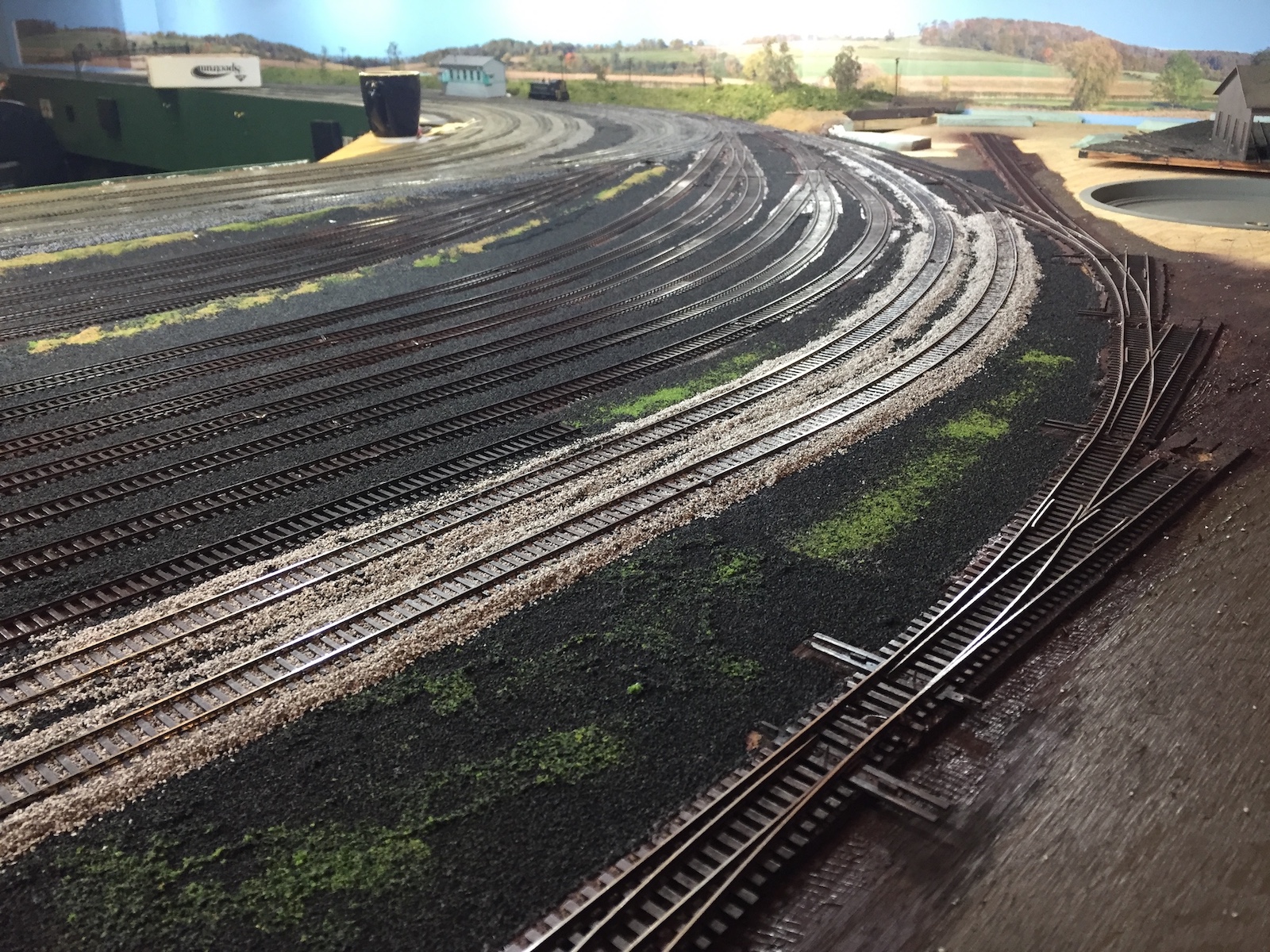 The ballast project is expected to take a few more weeks. After that, control panels for the yard turnouts. Switch machines are already in; wiring remains.

The heat is on to get these two tasks completed so that rolling stock may go back onto the railroad in time for several planned events. In June, the Middle Division plans to host an open house for #TomStock2020, an event held by the Modeler's Life podcast fan group, in June. September is the Main Line Hobby open house tour and in November the Model Railroad Open House tour.

The plan is to keep the railroad operational continuously moving forward. Op sessions not too far off!