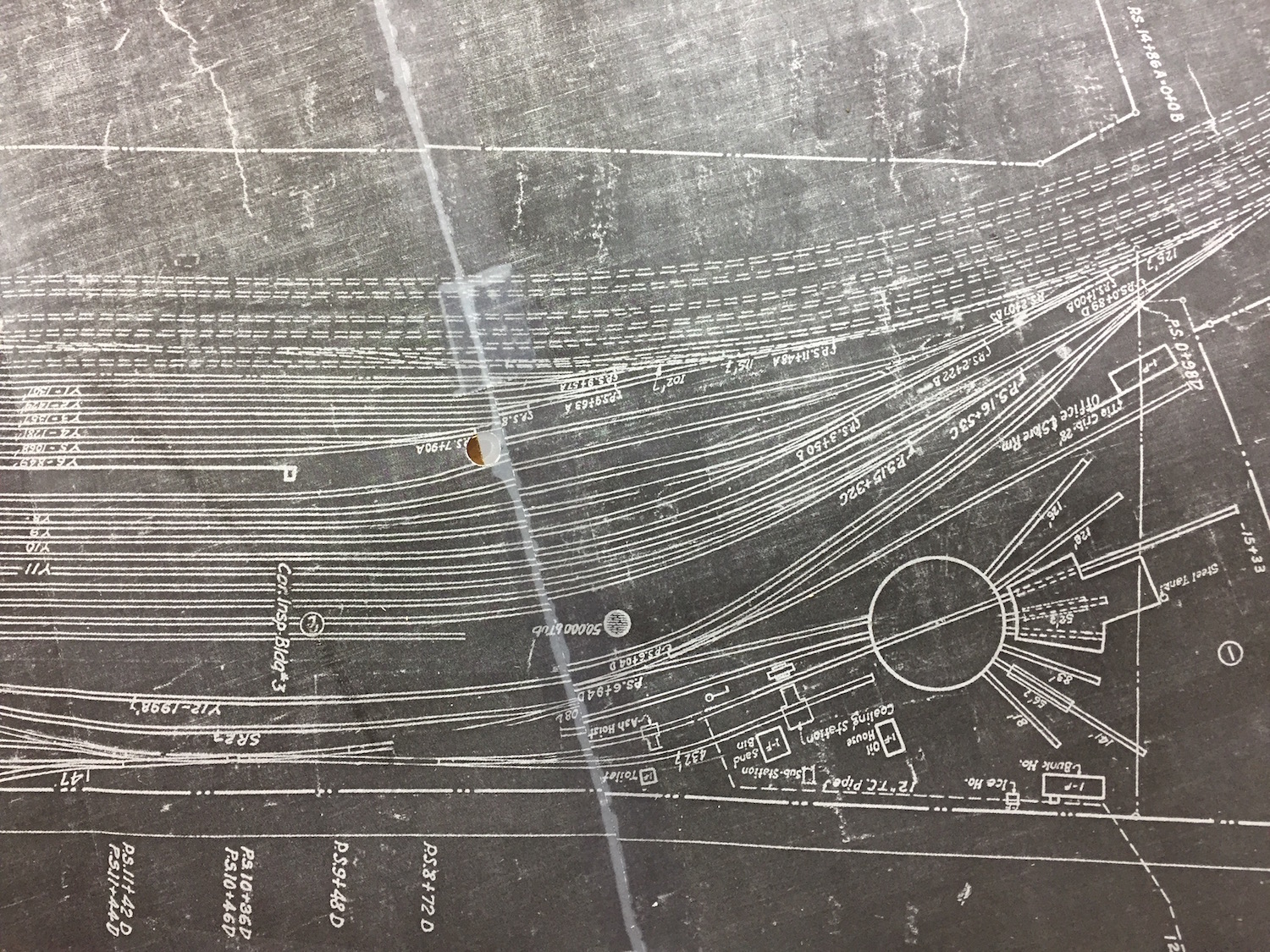 Design quandary on the PRR Middle Division in HO Scale! I've been mocking up the Lewistown Yard and I got everything to fit to my satisfaction except for one thing... the ash hoist. If only I had another foot of benchwork!

The valuation map (above) shows that all of the loco facility tracks converge into one track at left. If you follow the lower most track towards the right, this is a service track to the ash hoist and coal dump.

Knocking It Out On A Holiday 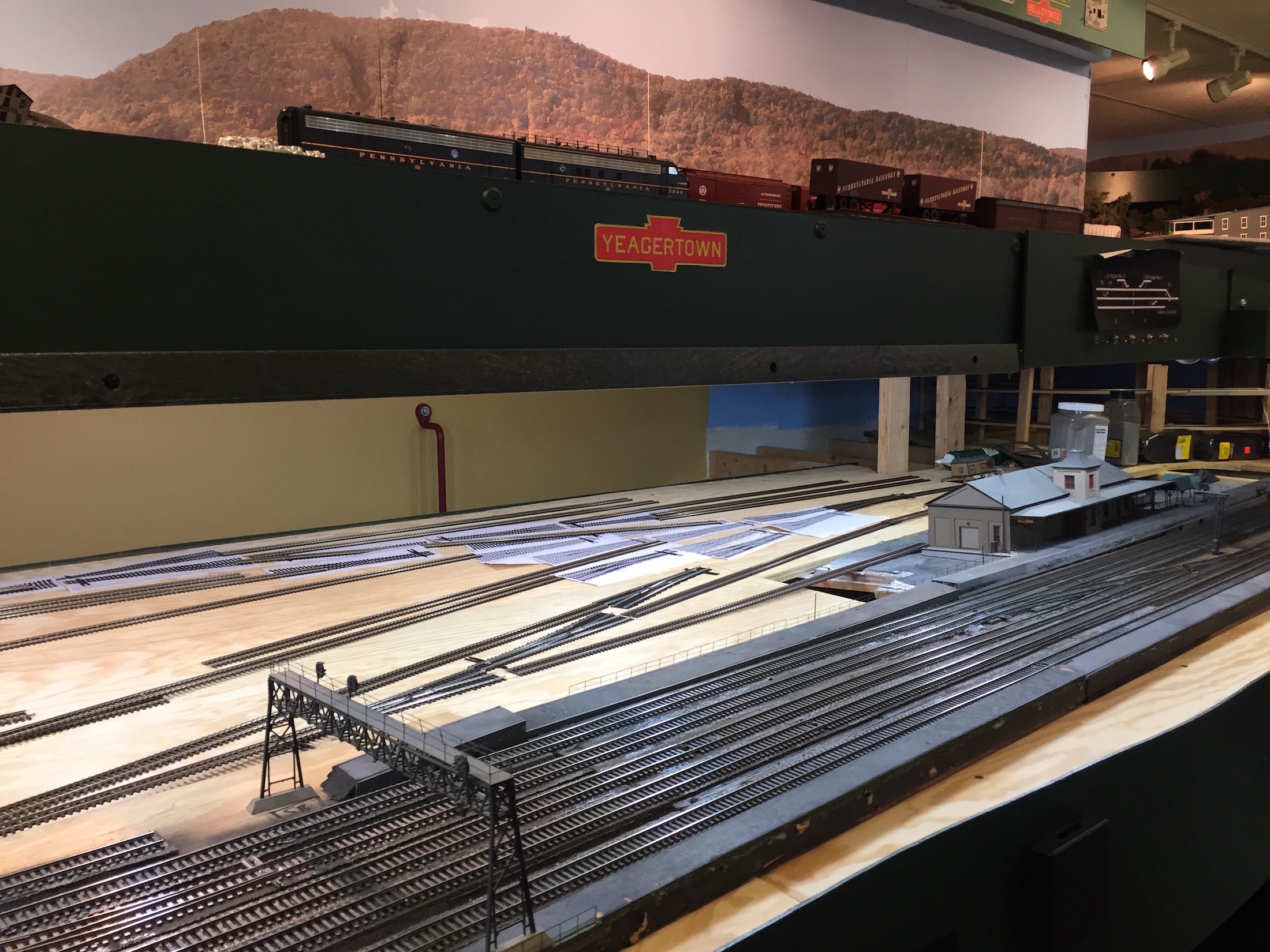 Another holiday, another marathon work day on the PRR Middle Division in HO Scale!

First order of the day was to complete the subroadbed for the Lewistown yard. Also cut the remaining scenery liftouts for along Water Street in downtown Lewistown, as well as some bases for scenery in front of the station at Lewistown. You can see more photos on the PRR Middle Division in HO Scale's FaceBook page.

Read more: Knocking It Out On A Holiday 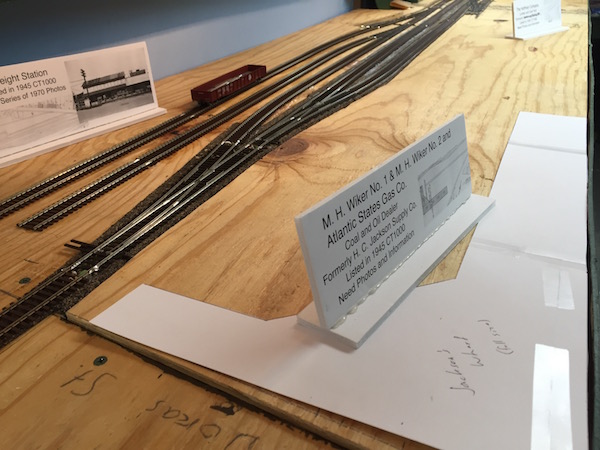 Progress continues on the downtown leg of Lewistown, designated "LN" in the CT1000. All of the trackage below is now wired and operational. I am now working on the bridge where the line crosses the Juniata River to get to the Lewistown yard and station. The following views are progressive and facing railroad-east. 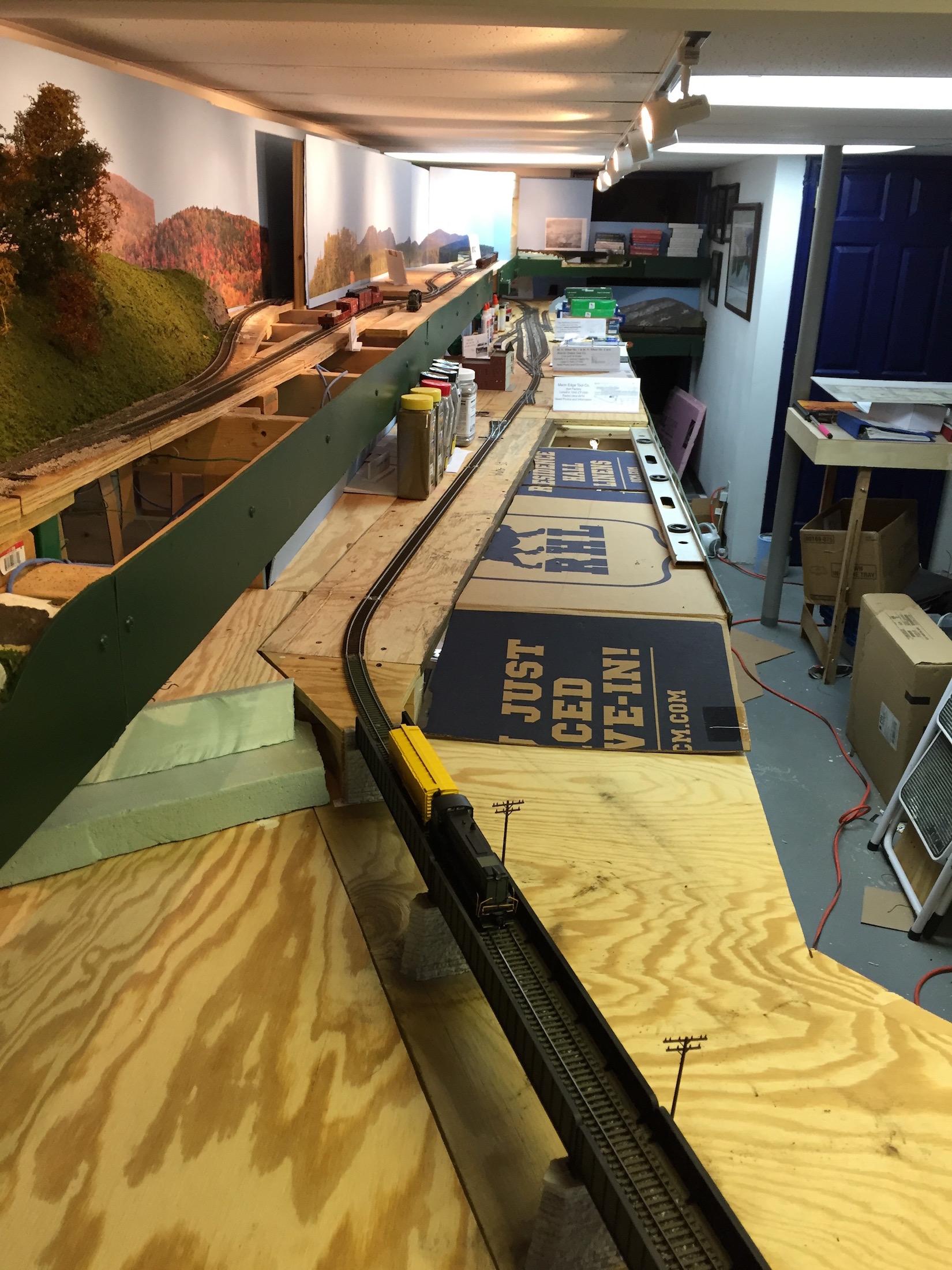 The Lewistown (LN) segment of the PRR Middle Division in HO Scale is now operational.

The bridge from Lewistown (XA) (aka Lewistown Junction) across the Juniata River to downtown Lewistown has been completed and provides the missing link. The remainder of downtown "through" trackage was previously in place.

Over the next few weeks, the final ten feet or so of track between the south side of the bridge and the main line will be activated. At that point, all "through" trackage on the railroad will be complete and trains will be able to traverse from the main line all the way to Milroy at the end of the Milroy Secondary.

Two informal op sessions are already planned (but not yet announced) for the coming months, mostly to test out the line and determine where tuning work is required. 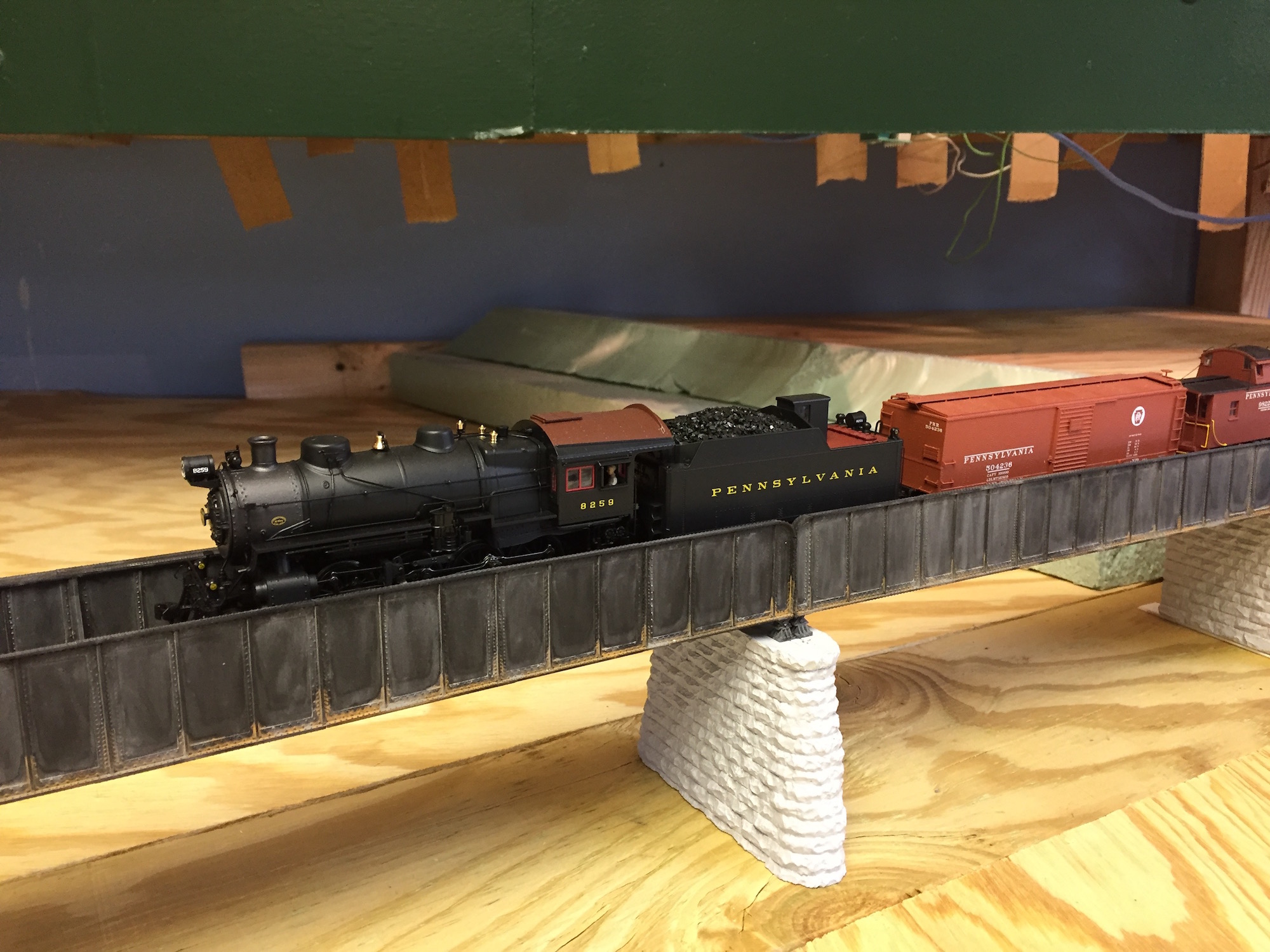 As an employee of the state, MLK Day is a holiday, and every year I spend it in the train room. This year was no different, and my mission was to complete the riverbed and adjoining city block where the PRR's Lewistown Secondary crosses the Juniata River.

A challenge is that the riverbed is just three inches above the yard ladder for staging, so the track needs to remain accessible for maintenance. That said, it all needs to be removable. I had previously created the riverbed where the bridge itself will be located. It is removable via three screws, allowing the through girder bridge to remain as one piece.

Got many more backdrops installed on the PRR Middle Division in HO Scale today. All but about 10 feet are completed around the railroad. These are all color laser printed from documents sold by LARC Products.

The lead image is Ryde, which is west of Lewistown and east of Mt. Union. The Juniata River can be seen in the background. The mainline crosses the river just west (left) of Ryde.

The Chief Engineer of the PRR Middle Division in HO Scaleis pleased to present its report of progress as of the end of fourth quarter 2016.

The chief engineer of the Pennsylvania Railroad Middle Division in HO Scaleis please to provide this construction update to the management, employees, and stockholders.

As scheduled and previously reported, the Milroy Secondary portion of the Lewistown (LN) segment has been made operational.

Significant progress has been made in the development of centralized traffic control utilizing JMRA and CATS technologies.