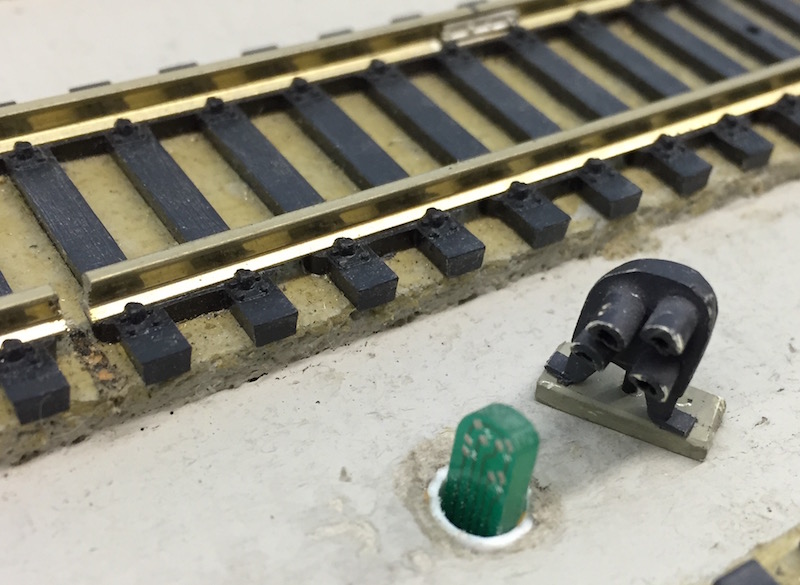 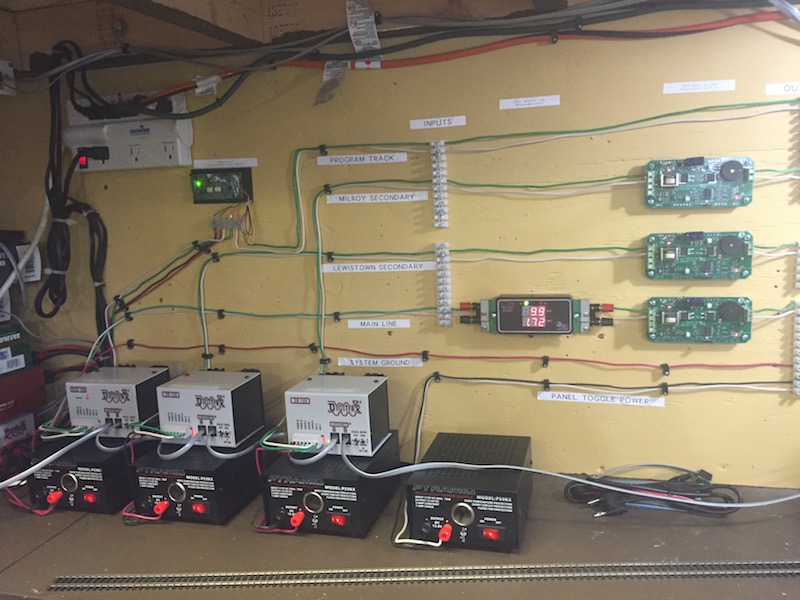 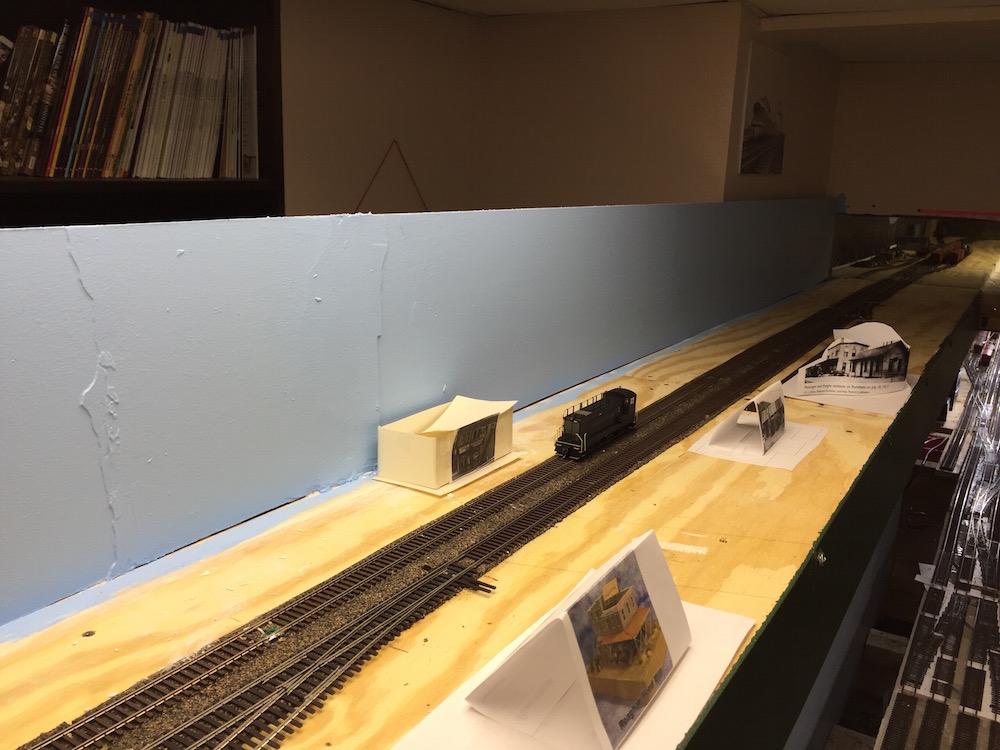 Construction on Jerry Britton's PRR Middle Division in HO Scale continues on, and ahead, of schedule.

Three tasks were scheduled for the quarter and were completed ahead of schedule. They included the west end of Burnham, where the freight and passenger stations were located; Menzies, where the line bisects Kishacoquillas Park; and Mill Creek, a staging connector on the protolanced Pennsylvania Midland. 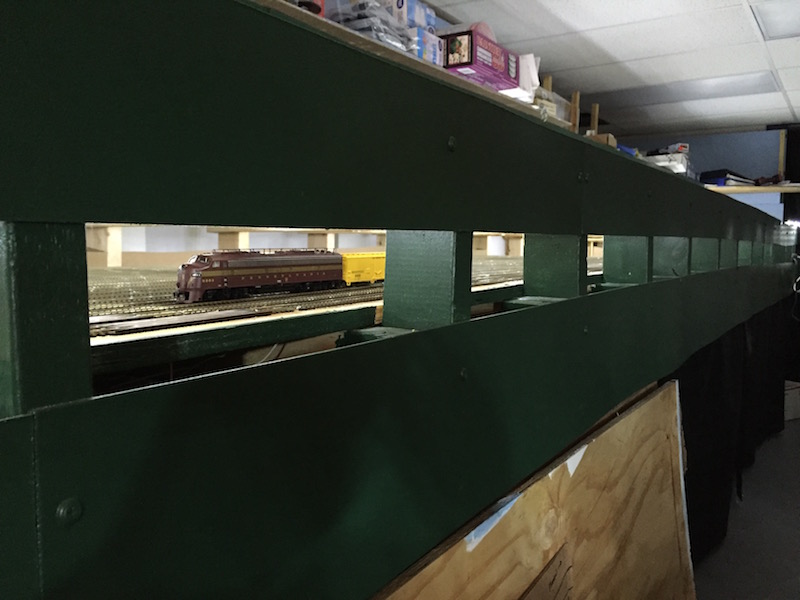 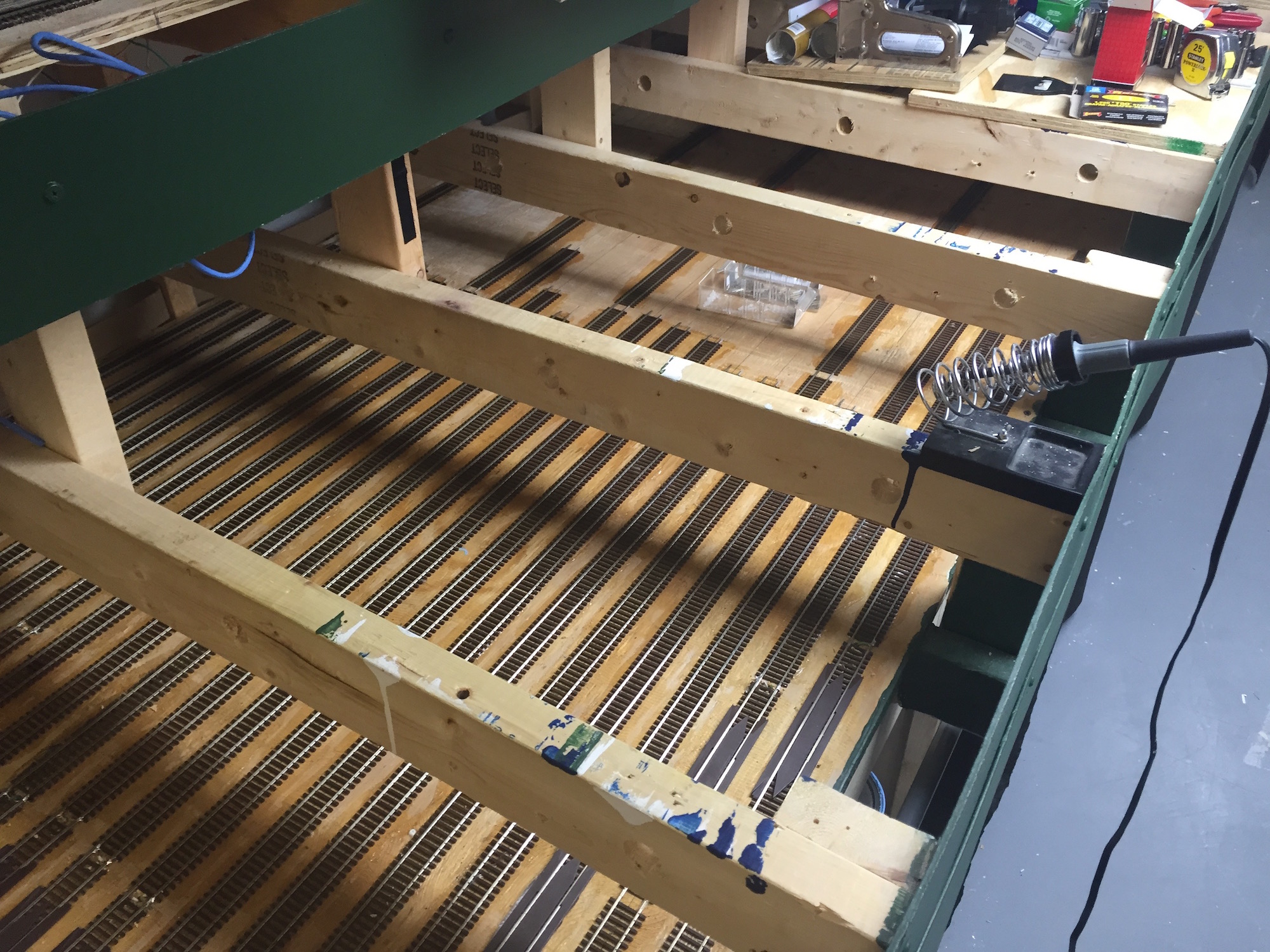 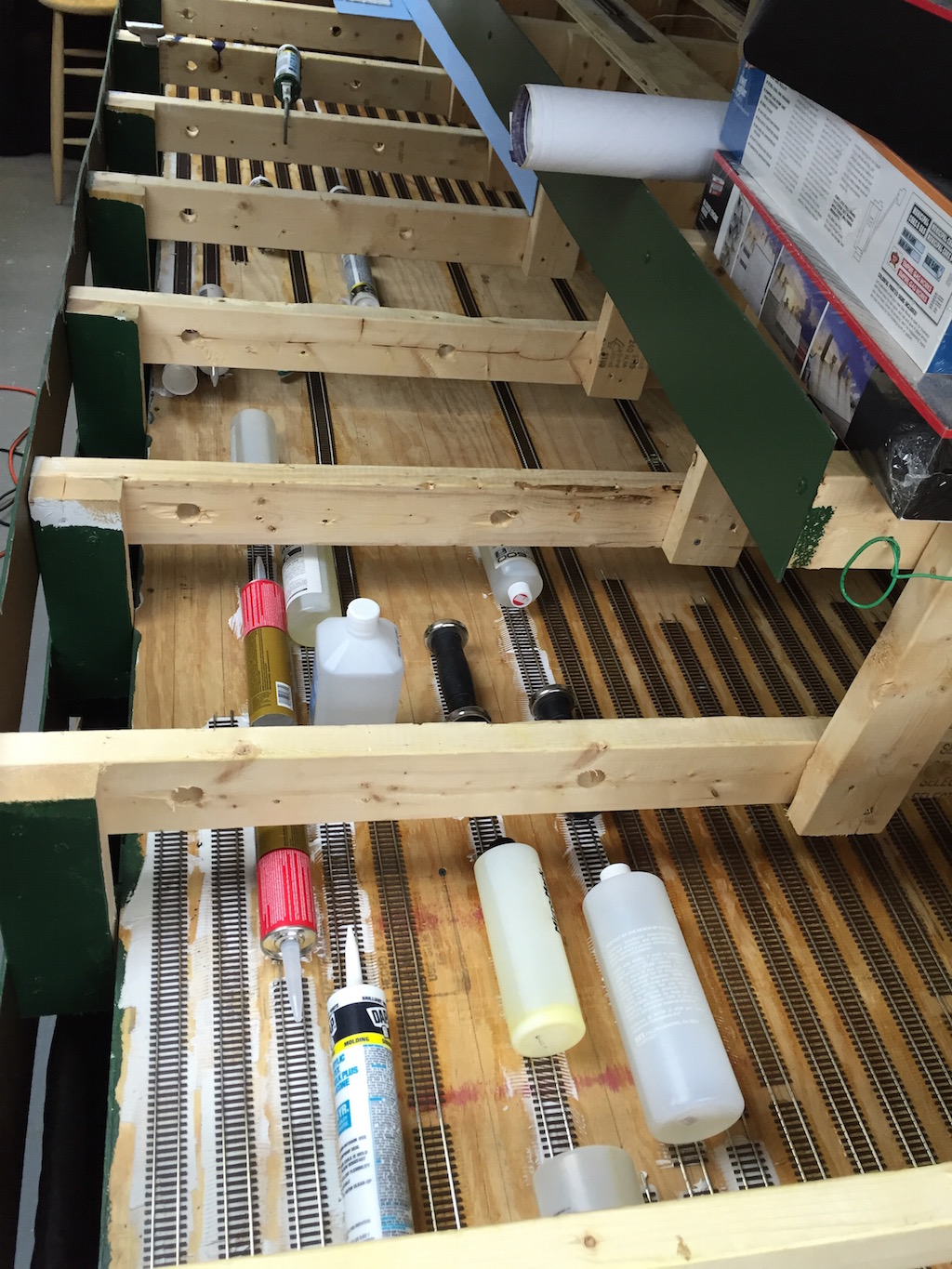 The crew of the PRR Middle Division in HO Scale has been busy and has already completed all of the goals for the quarter.

The track gang has completed work on a second helix on the PRR Middle Division in HO Scale. As with the first helix, this is also a kit from Ashlin Designs.

It doesn't get any easier than using these kits, if the specs work for you. This helix has two tracks -- the inner with a 32" radius and the outer with a 24" radius. Over2.5 turns the track rises 10 inches.

The chief engineer is please to report that the main line of the PRR Middle Division has been completed!

Quality assurance is currently underway. Track one has been declared fit for service and revenue freight has commenced. A video is available on the railroad's YouTube channel. Tracks two thru four have developed a washout on the Granville bridge, causing a slight dip, which is being addressed post haste.

Looking forward, the second quarter shall see the completion of Menzies and west Burnham on the Milroy Secondary, as well as Mill Creek on the Pennsylvania Midland. An excess of man hours should be available to expand the capacity of Harrisburg/Enola and Altoona yards.

The complete quarterly report of the chief engineer may be reviewed here.