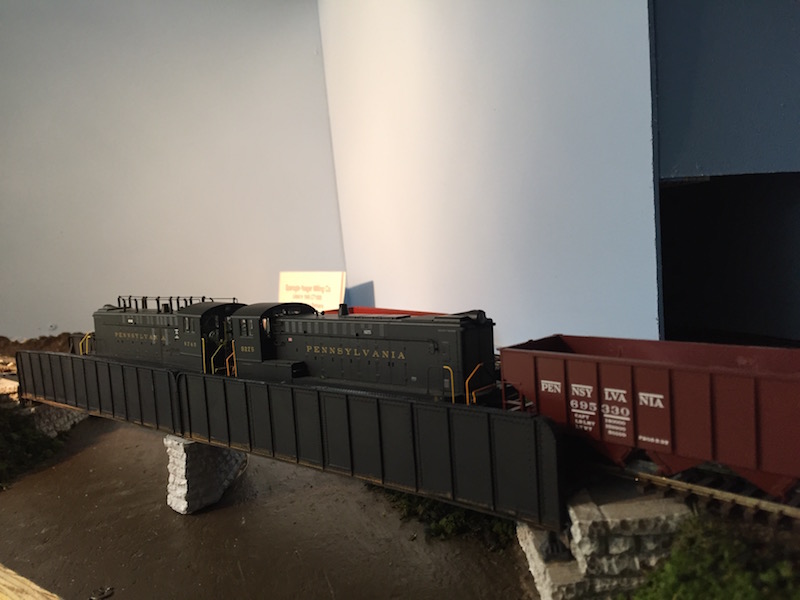 As another quarter comes to a close, I share this update on the PRR Middle Division in HO Scale.

This quarter brought the completion of suburban Lewistown (3902) on the Milroy Secondary. This section of the line required a somewhat complicated dual-span, angled bridge over the Kishacoquillas Creek near Electric Avenue. (Photo above.) 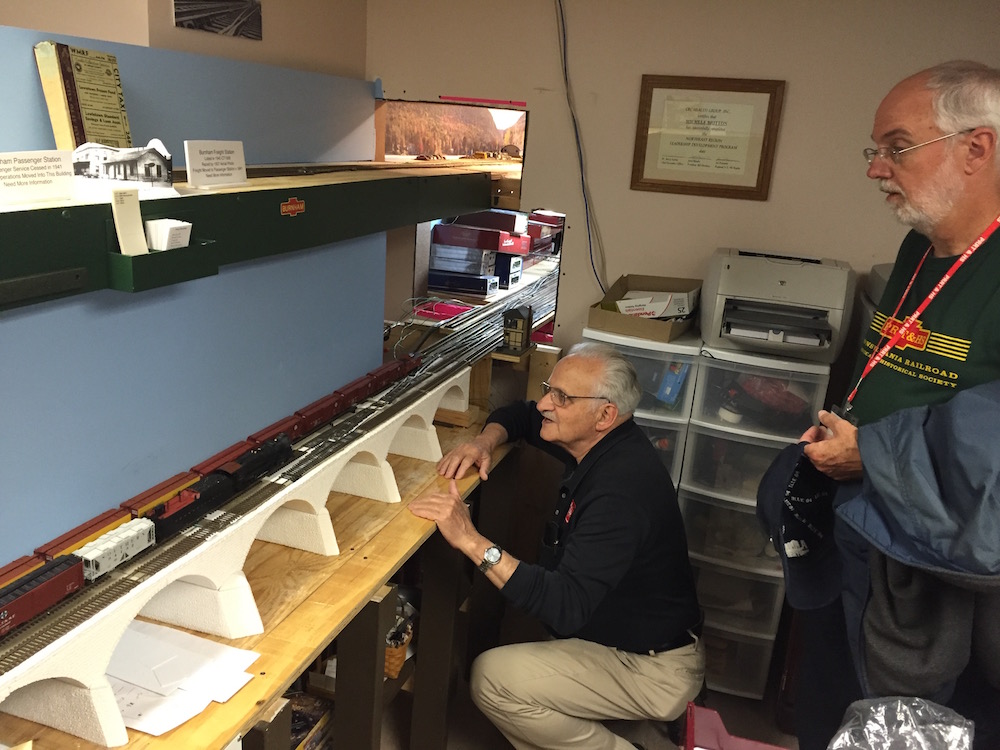 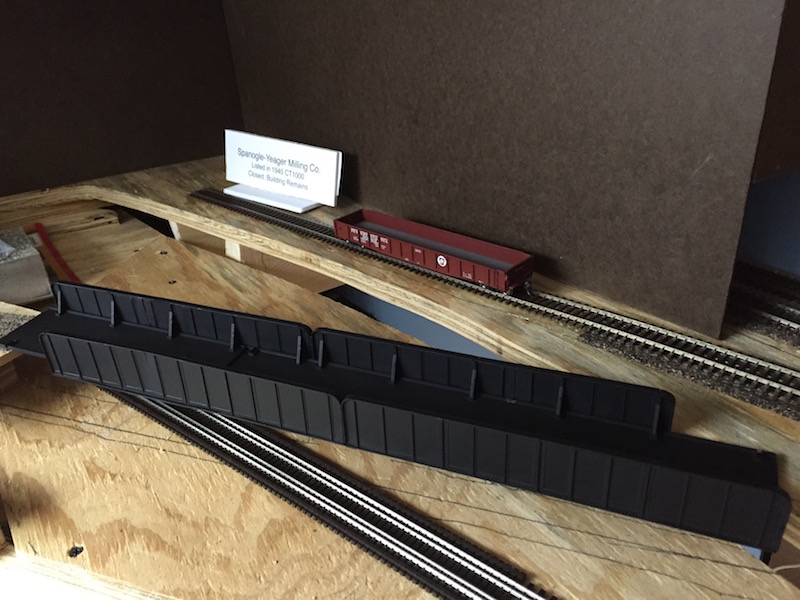 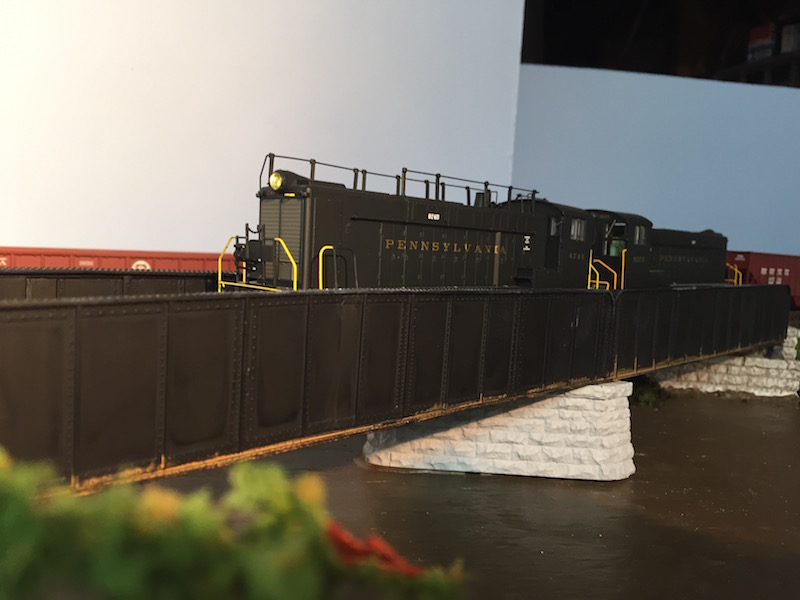 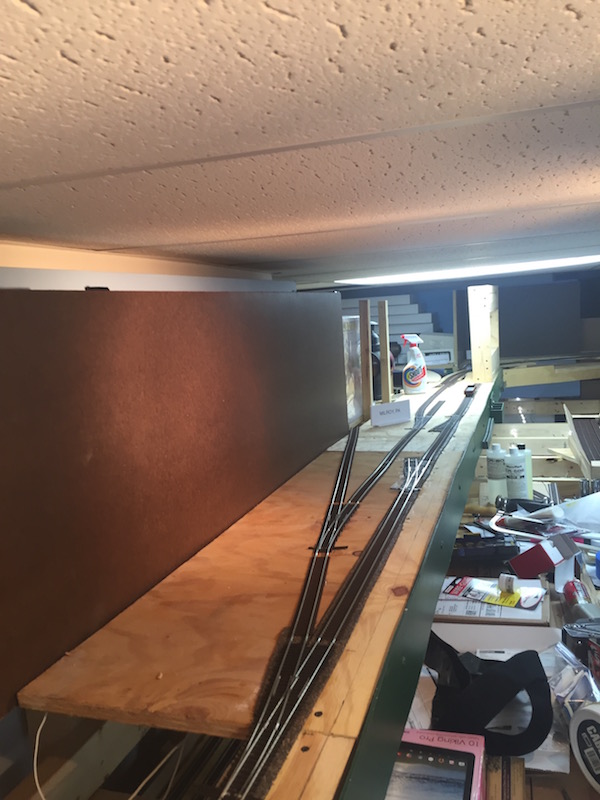