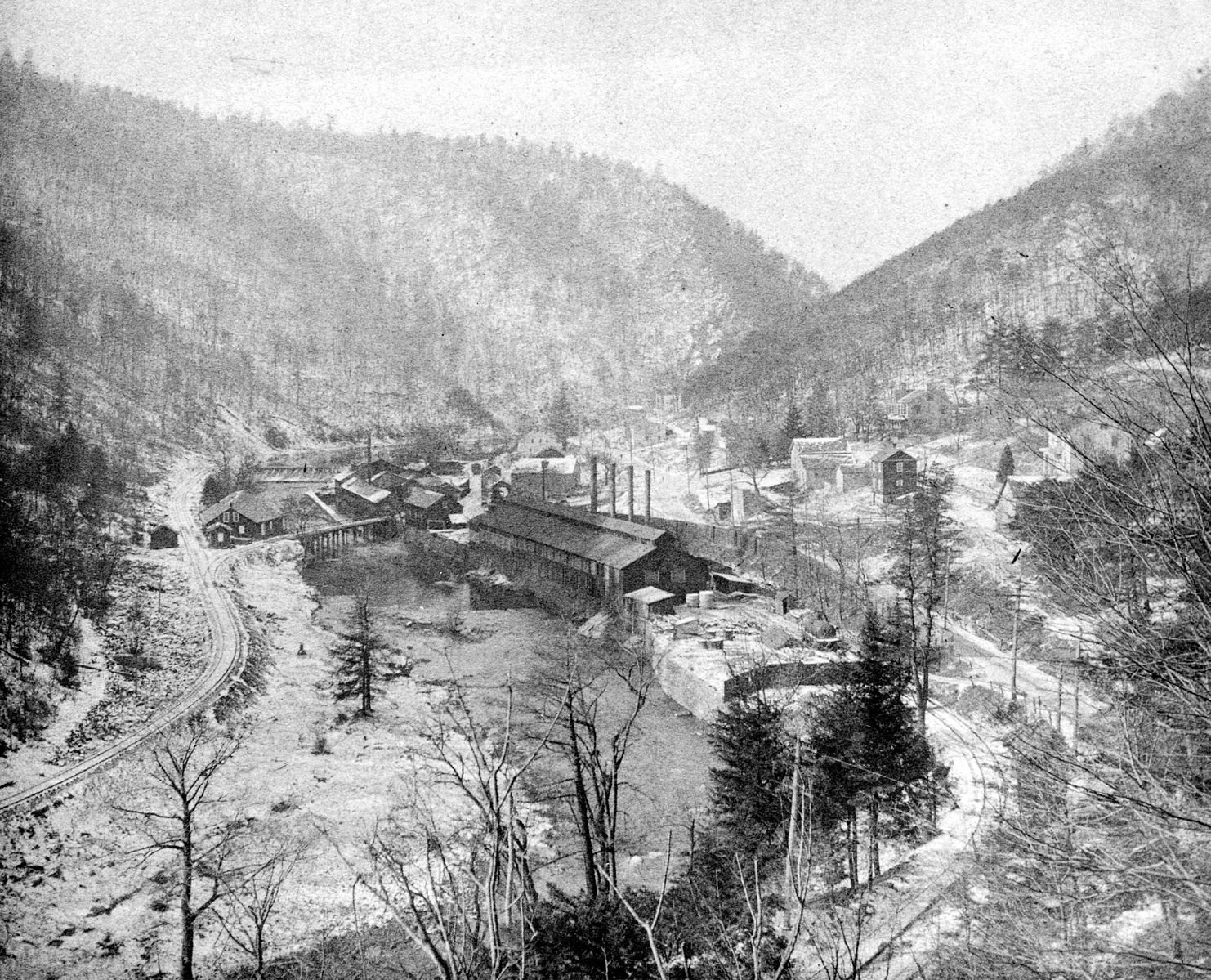 William Mann Jr. Axe Works (ca. 1900). The large building with smokestacks in the photo was added after 1877. An 1884 Mann catalog refers to the site as the “Hollis Works.”