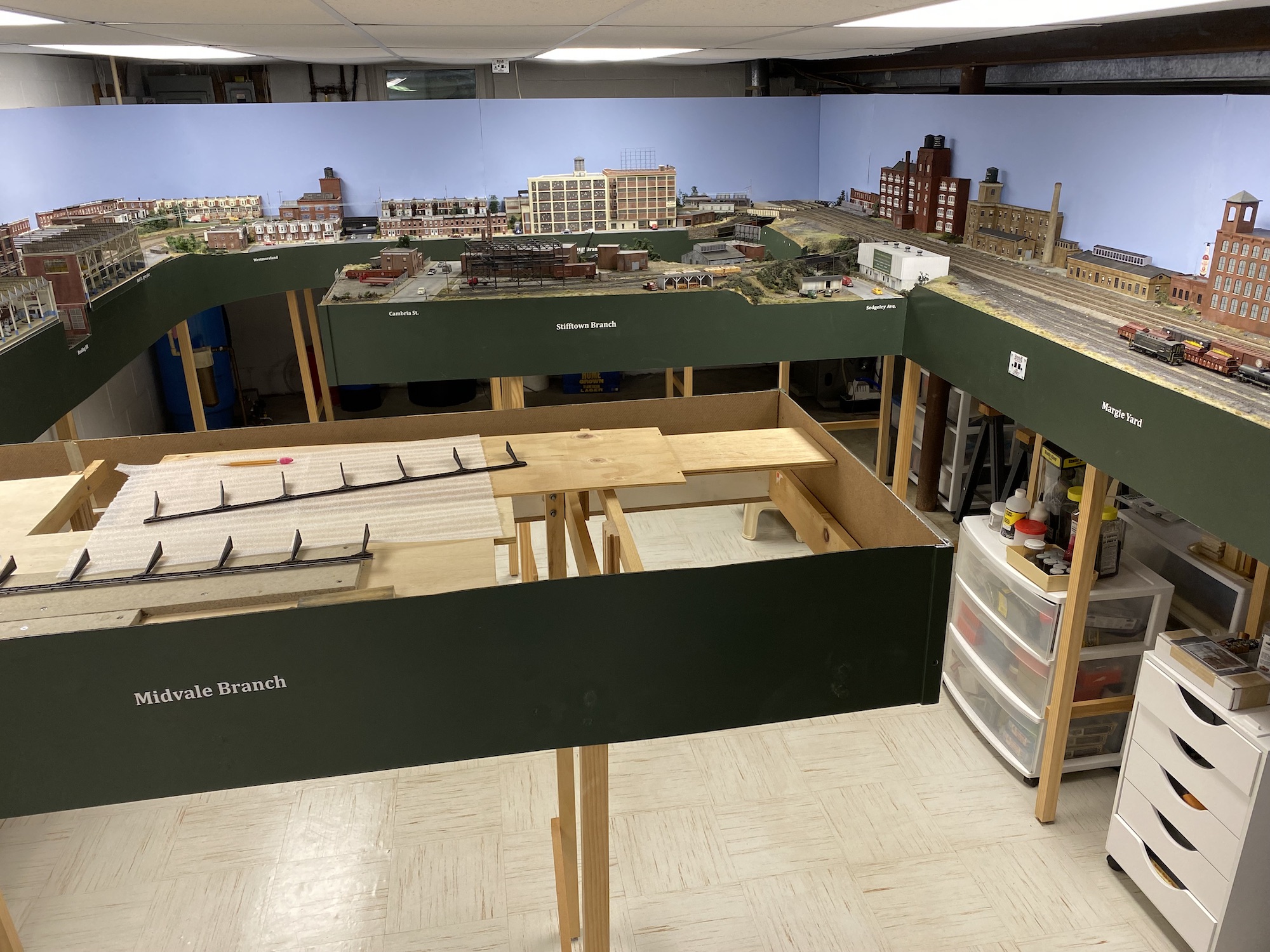 Not a huge model railroad by any means (13' x 18'), but a right-sized railroad with extensive switching opportunities and a staggaring amount of detail. Ron is a welcoming host and I was fortunate to visit with him late in November 2021. 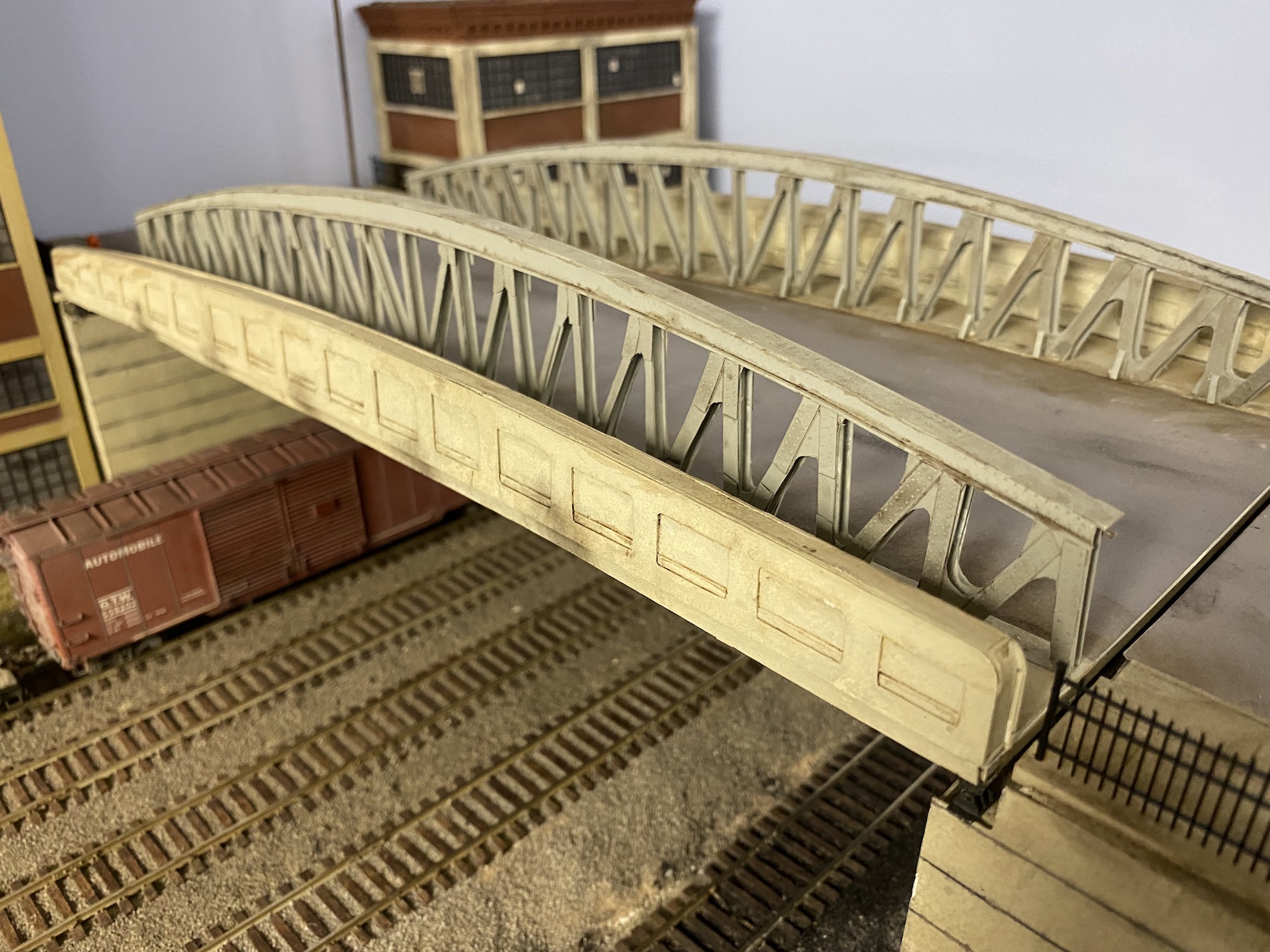 Like myself, Ron relies heavily on Sanborn maps, original railroad documents, historical photos, and site visits. Ron is currently on the RPM "talk show" circuit with a clinic on how he constructed the Margie Street bridge (right). He was able to track down the original blueprints, transcribe the measurements to his PC, and cut the intricate parts with a Cameo Silhouette cutter.

In looking at the overview photo (top), a segment of the main line (now called the North East Corridor) follows the wall along the right. There is a small yard at Margie where freights for the branches are assembled. At the far end of the room is the entrance to the Chestnut Hill Branch, with its station at the wye. The North Philadelphia station would be just behind it. A reversing move off the main would put you onto the Stifftown Branch.

In addition to detail within his model railroad community (above), Ron spends a lot of time on the rolling stock...

For the General Motors stamping plant, Ron used the Silhouette cutter to make automotive parts such as doors, hoods, and the like. There's a simulated conveyer belt moving the parts to waiting box cars.

What Ron is really known for -- and a subject of past RPM clinics -- are his Philadelphia-style row homes. Using a combination of Silhouette cuts as well as other masters, he assembles full rows and adds unique details to each unit. Also, the units differ from street to street, per the prototype.

And of course, there are trains...