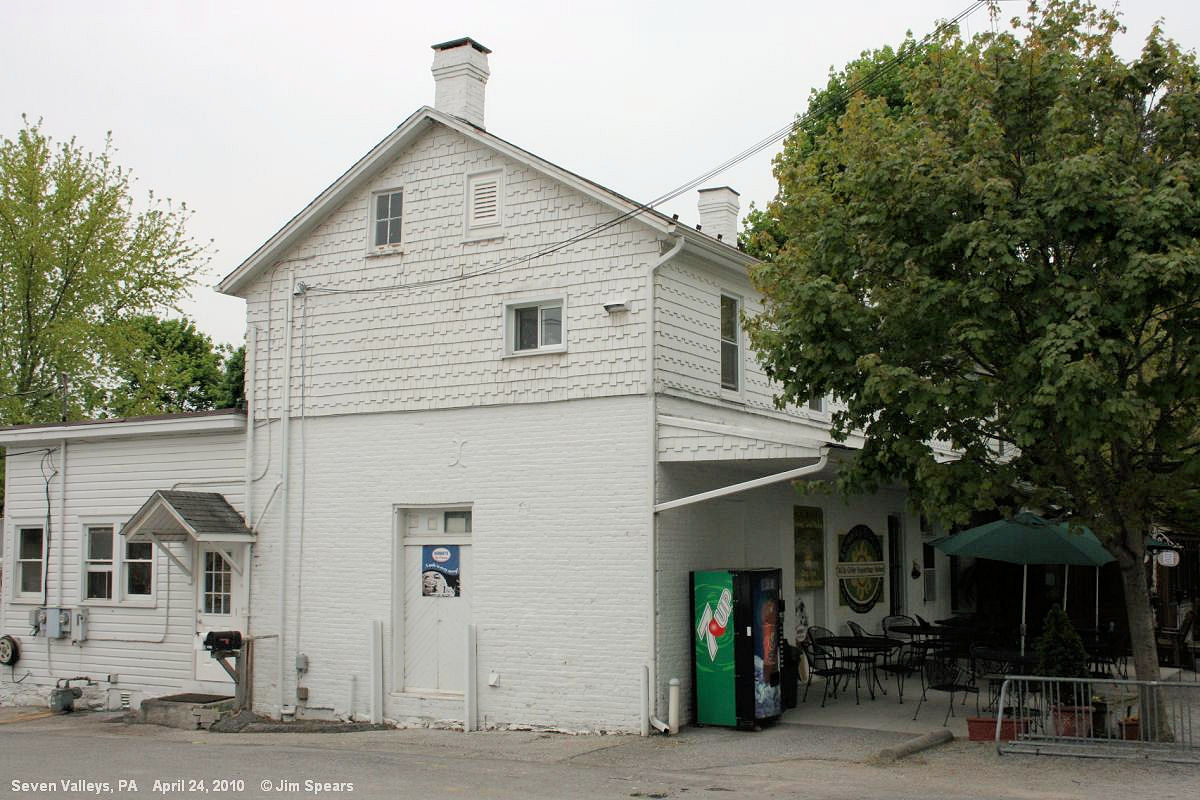 The station called Smyser was in the town of Seven Valleys.

The station was called Smyser because that was the name of the man who built what would become the station. It was originally a general store in which the railroad leased space for a ticket office. There was an early ice cream maker in the town that would ship his product to Baltimore by train. Today the former station is an antique shop. (Ivan Frantz)