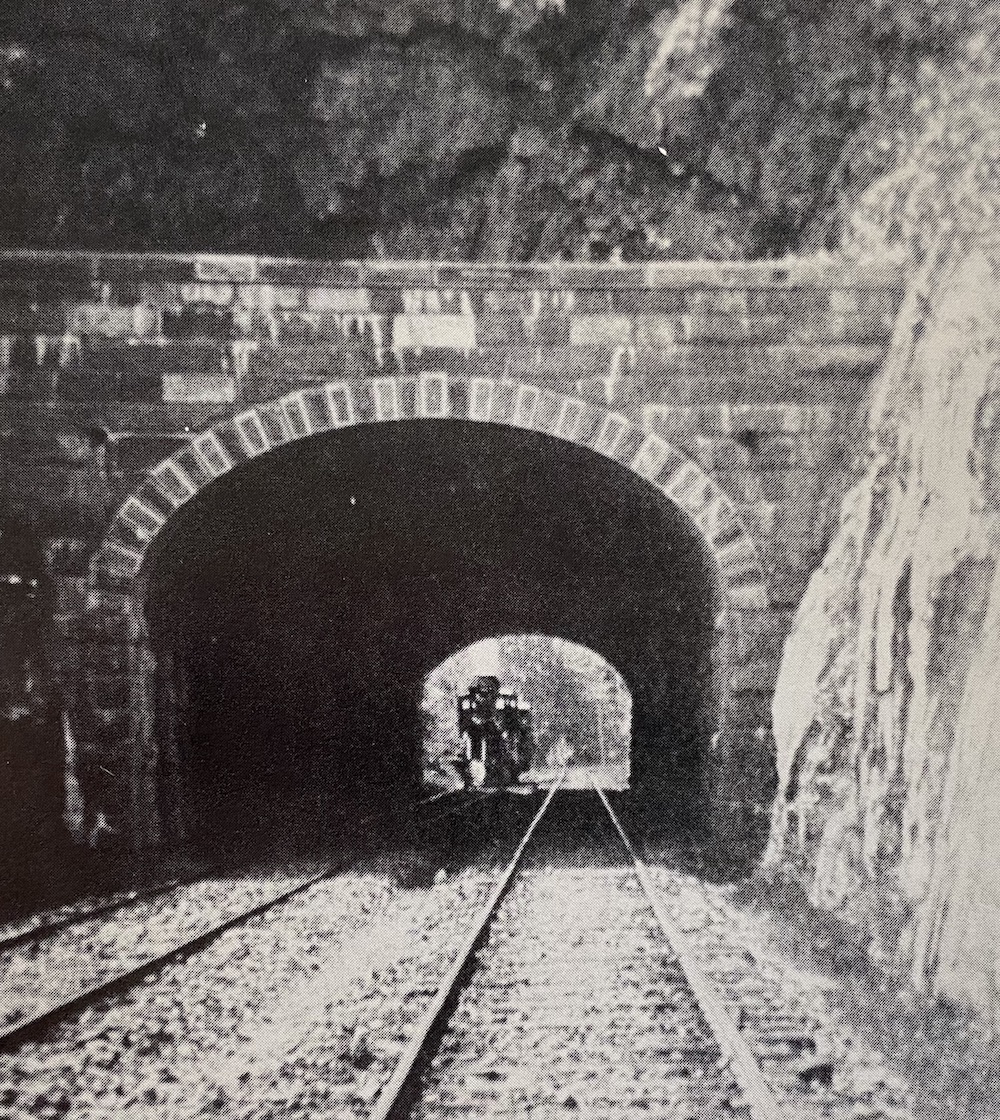 Howard Tunnel was built in 1838 as a single track bore. During the Civil War, because of the immense increase in wartime traffic, the Northern Central was double-tracked, with the exception of Howard Tunnel, in 1863. In 1869, with traffic returned to normal, the Northern Central opened up the tunnel for two tracks with a brick lining and stone portals. Due to a large decrease in passenger traffic the Northern Central was single-tracked again in the late 1950s. So that newly instituted TrucTrain traffic between Washington, Baltomore and Harrisburg (trains TT-5 and TT-8) had clearance through the tunnel, the single track was moved more towards the center under the highest point of the arch. The grade was also under cut to add more clearance, and this can be seen on the east wall of the tunnel where the brick arch stops and there is about two feet of rock exposed down to the current grade. (Ivan Frantz)