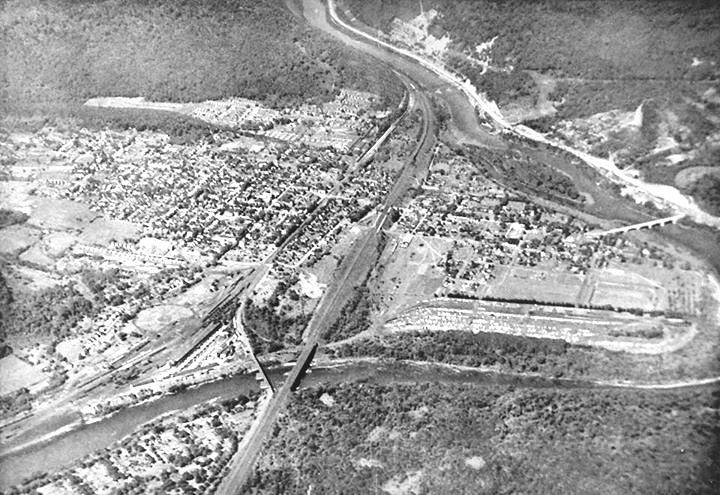 This bridge has six segmental arch spans, each 100' long and 58' wide. The center pier's width was increased 20' making it 8' wider than the others which balances the classic aesthetic rules by giving it an easily identifiable center.

At some pooint prior to the 1923 CT1000, this entity was Mount Union Silica Brick.