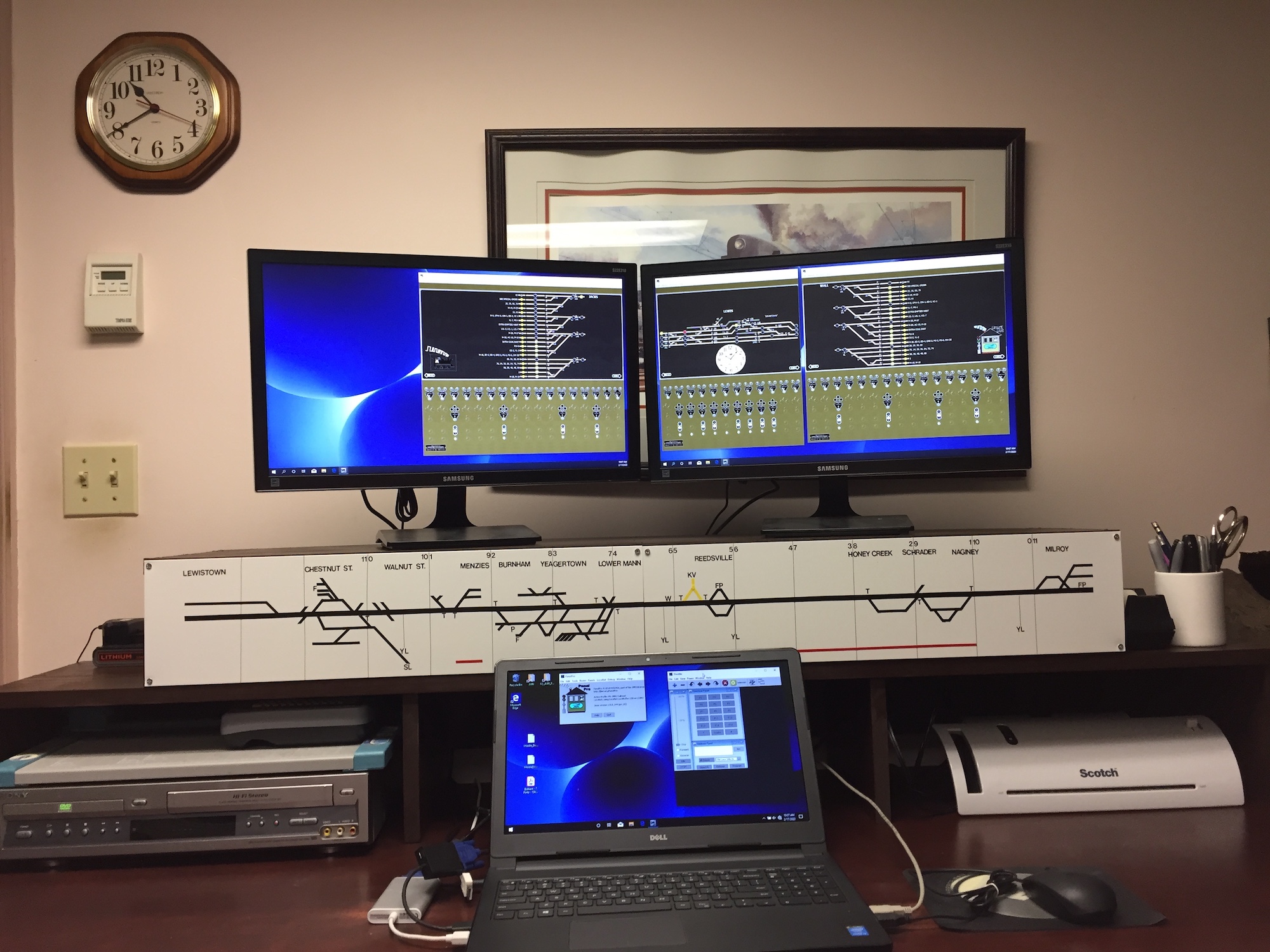 Movement of Trains on the Main Line

Movement of Trains on the Secondaries

The magnet board simulates the track chart from 1919, with the trackage updated to the 1950s. Lewistown Yard is at left; Milroy at right. Vertical stripes indicate mile posts. A "T" indicates the location of a telephone box; a "W" a water tower; a "FP" a freight/passenger station; "F" a freight station; and "P" a passenger station. Yard limits are indicated by "YL". The red line across the bottom of the track chart indicates trackage not modeled (more will be activated in the future).

When a crew first calls in requesting clearance, locate the magnet representing their locomotive. The locomotive number is on the magnet as well as the steam or diesel locomotive class. Place the magnet on the track schematic at the location of the telephone box ("T") the crew is calling from, with the arrow of the magnet indicating the direction of the train.

If permission is granted to proceed, take a magnet labeled "ORDER: STOP" and place it on the track schematic at the end of the segment for which permission to proceed is authorized. It should be at another telephone box ("T") location. 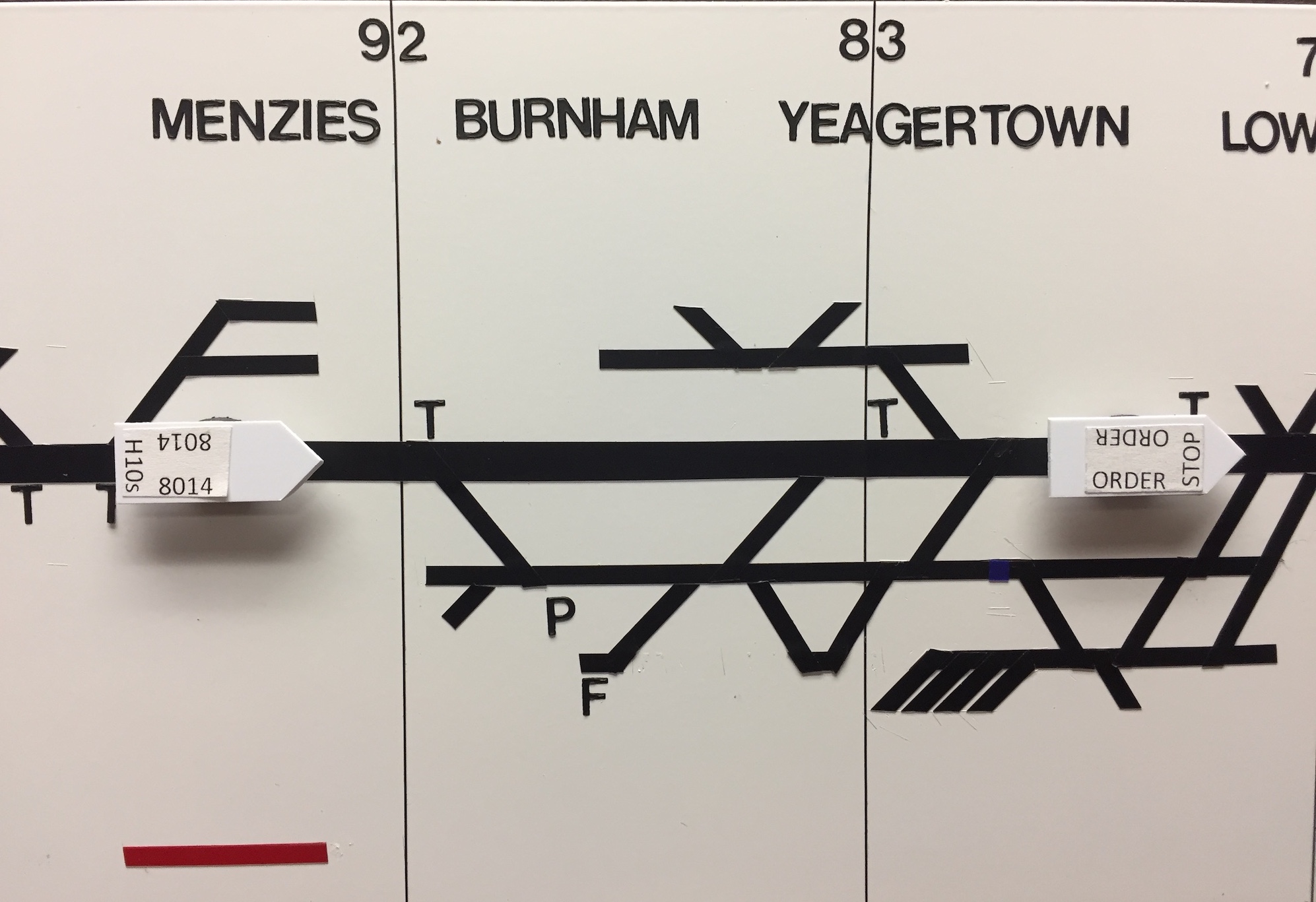 When the train gets to the STOP location, the crew should call for further instructions. If further clearance is autorized, repeat the above process. If the train has work at the current location, turn the magnet vertically to indicate the crew is working locally. 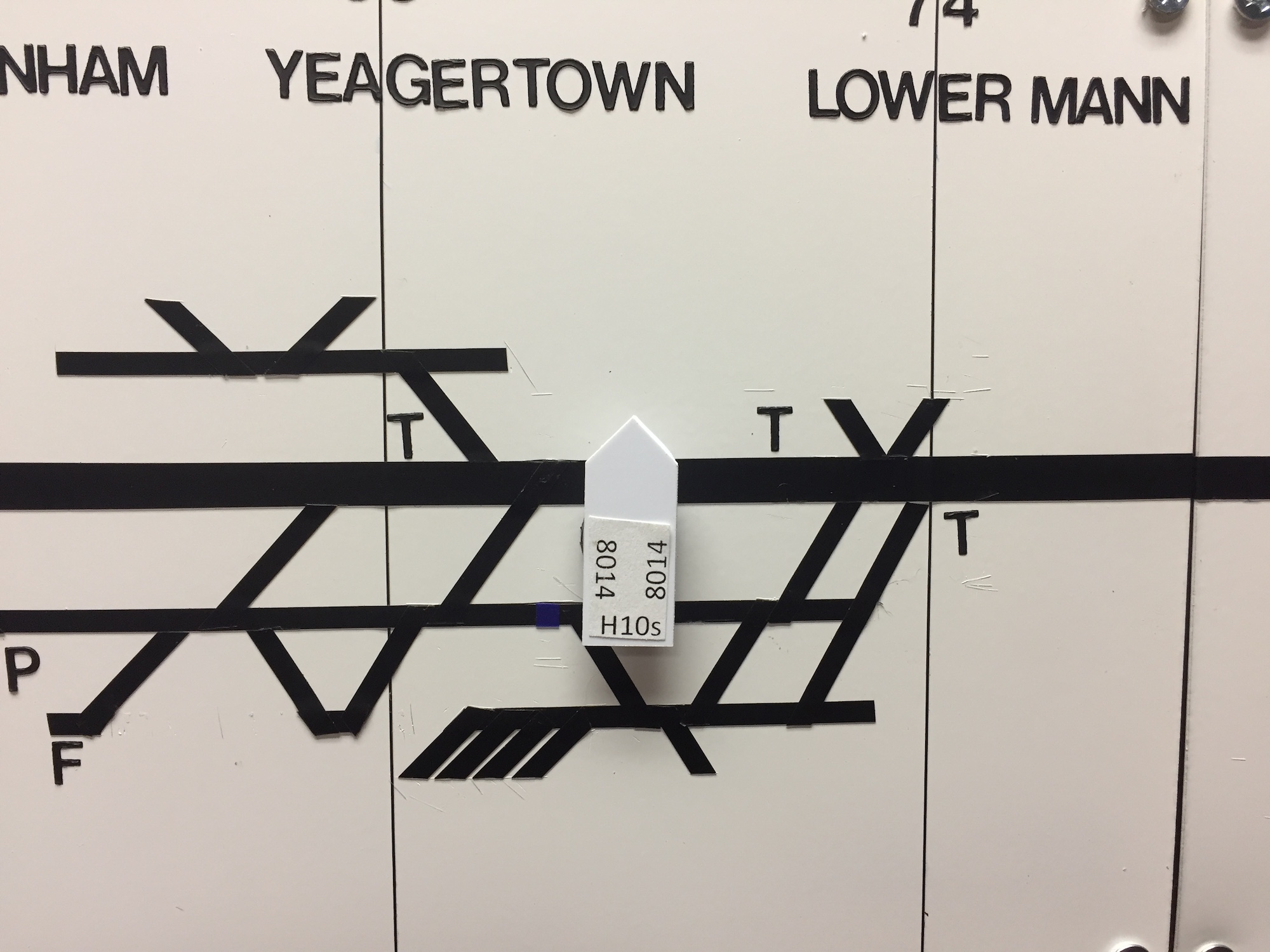 There may be times when a train desires to leave a string of cars on a siding as they work. For instance, a train heading to Milroy may leave part of its train in Yeagertown. The crew must call for authorization to do so. If approved, place an "OCCUPIED" magnet on the track in question.

#8014 is now proceeding towards Milroy, having left a string of cars in the Yeagertown siding: 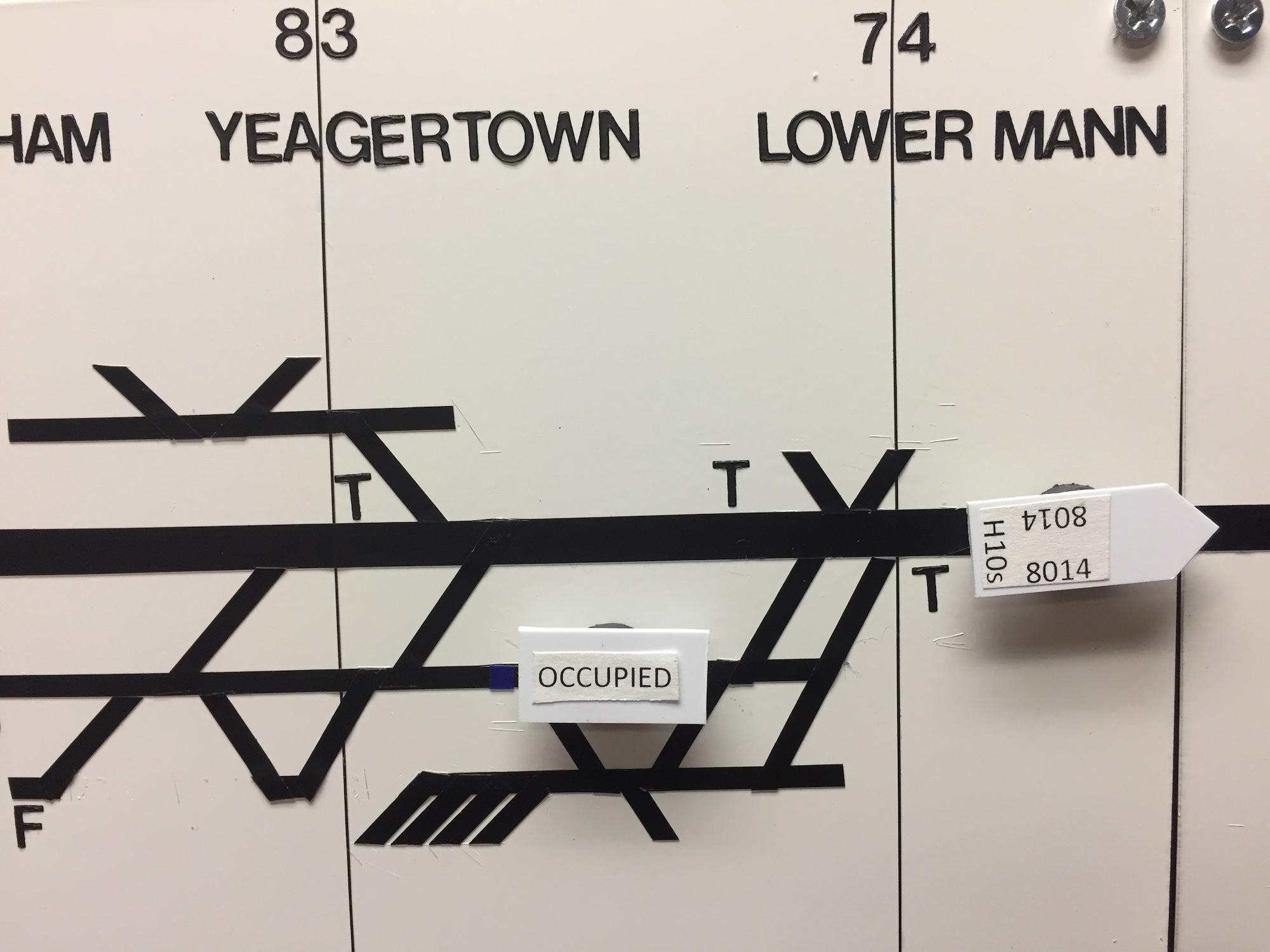 The operator records all movements on the tower's Record of Trains sheet.

Record of Trains Instructions to Come