Welcome to the Pennsylvania Railroad's Middle Division! Congratulations on signing on; we wish you the best during your tenure as an operator on the line.

The operation of the PRR Middle Division is intended to adhere to prototype practice where possible and reasonable. The following are links to prototype documents for reference.

The Rules for Conducting Transportation (a.k.a. Book of Rules) is the general “rule book” for the entire railroad.

The Makeup of Trains includes the specific consists of all of the passenger trains passing through the locations depicted.

The Through Freight Train Schedules Between Principal Points includes the blocking information and makeup of all freight trains passing through the locations depicted.

Operating sessions run on a 2:1 fast clock and alternate between two scenarios:

As it is impractical to separately model each and every train on the schedule, the approach is to group trains by typical consist and create a model consist for each group. These "composite" trains then run multiple times, but as different symbols (freight) or named (passenger) trains. You may view the representative and prototype consists by clicking on the train symbol on the Sequence of Trains document.

The Middle Division uses a "car card and waybill" system for freight car movements. The system is described on the following pages:

All trains run as extras per prototype practice. The employee timetable does not provide timetable authority.

Movement of trains is based on a Sequence of Trains table. Sequences for each line are independent from one another.

Crews follow signal indication and operate their trains out of staging, proceed through Lewistown, and return to staging.

Some trains will originate or terminate at Lewistown. Crews will follow signal indication to/from the yard.

All non-main line trackage is categorized as secondary lines. Secondary lines have no passenger traffic (or they would be “branches”).

Authority to proceed is granted verbally at the leisure of the LEWIS tower operator via telephone.

The LEWIS operator will grant permission between points on the secondary line. Crews must contact the tower operator by telephone to indicate that they have reached their destination so as to clear the block.

All movements on secondary tracks are at restricted speeds with crews responsible for stopping short of obstacles or other trains.

There are numerous “yard limits” along the secondary lines. Movements within the yard limits are coordinated among affected crews.

A Train Order card is included at the front of every train packet. The card provides the train symbol, the train name (if one), the class, the origin, and the destination of the train.

An Instructions area provides information such as stops or work to be performed during the course of operation of the train.

It takes many people to run a railroad. Roles and Responsibilities are covered on a separate page. 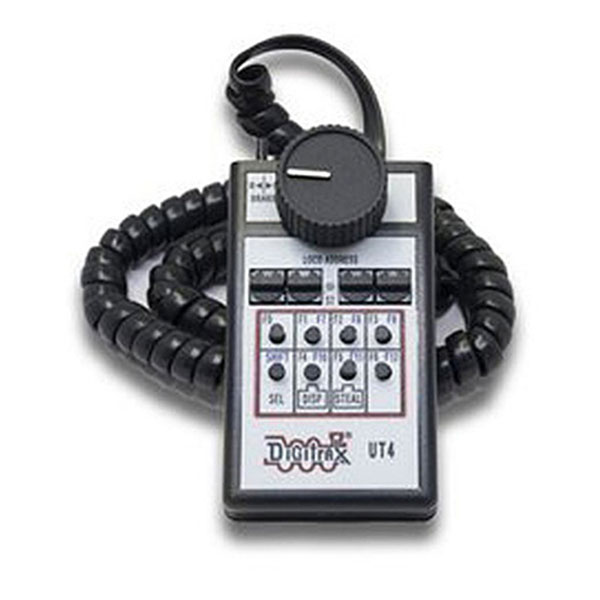 A limited number of Digitrax UT4 throttles are available for those who do not provide their own throttles. 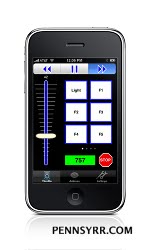 To use your iPhone, iPad or iPod Touch with JMRI as a throttle, you run the WiThrottle app on the iPhone or iPod Touch. The basic application is available for free download from the iTunes store.

To use your Android device with JMRI as a throttle, you run the Engine Driver program or Digitrains on the Android device. These free apps are available from the Google Play Store or the EngineDriver site.

Follow the configuration instructions for the respective application. The wireless network SSID is PRR and the server to connect to is Lewistown. (The Supervisor will provide the password on-site.)

webThrottle runs on the most recent browsers on computers, smartphones and tablets. The device and browser must support HTML5 and websockets.  It has been tested on Safari, Firefox and Google Chrome running on Windows, MAC, iPad/iPhone and Android - it should run on Internet Explorer 10. There is nothing to install on the device! webThrottle is completely resizable and it ajusts automatically to the size and orientation of the device screen.

The wireless network SSID is PRR and the server to connect to is http://10.0.0.2:12080/roster. (The Supervisor will provide the password on-site.)

Secondary crews communicate with tower operators via lineside phones. Locations of lineside phones are indicated on fascia control panels and represented trackside; locomotives/cabins should be stopped close to lineside phones for the convenience of the crews.