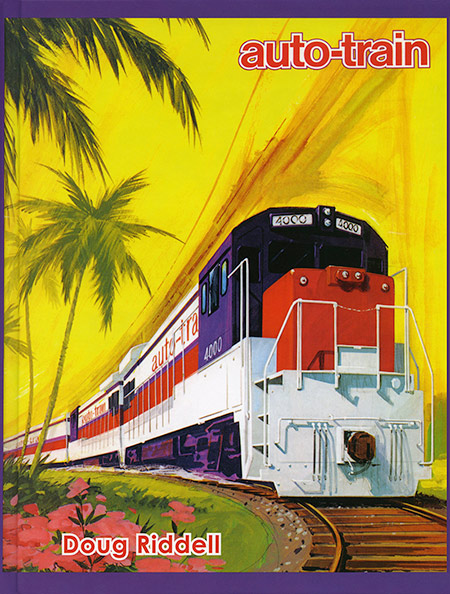 Auto-Train In Color includes both the earlier red, white, & purple private-enterprise version commencing in the early 1970s as well as the more recent Amtrak operation. The equipment, facilities, and operations of both are featured, both trackside and onboard as they carry passengers and their automobiles between Virginia and Florida.

The HO scale models listed below and marked with an asterisk will require custom painting and lettering.