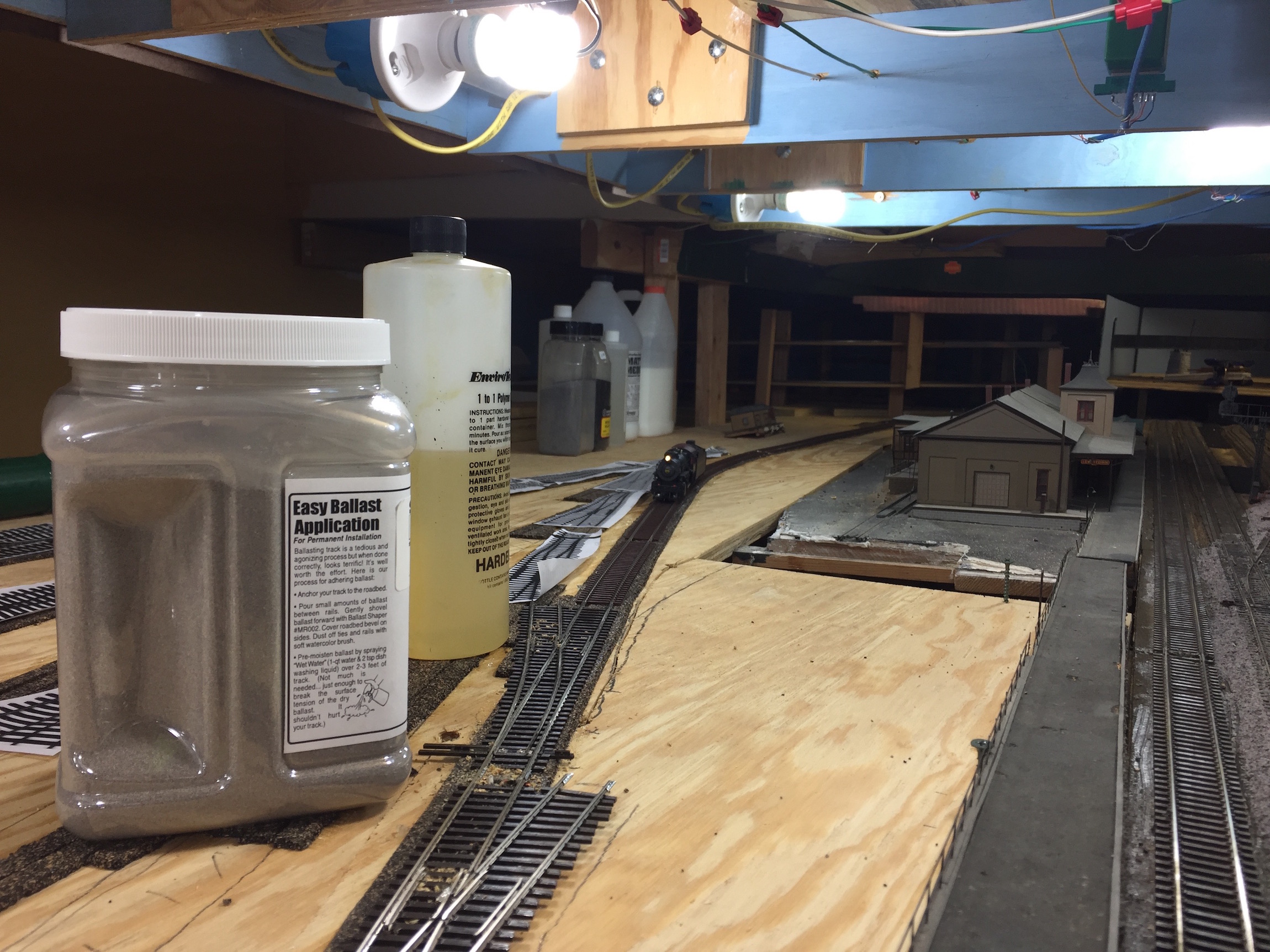 "QC" (Quality Control) op sessions are just around the corner. Full op sessions will likely start around the first of the year as there is still a lot of prep work to complete -- crew documentation, car cards, waybills, etc.

In the image below, you can see the turntable being test fit into the benchwork. The roundhouse was scratch built by the late Joe Henry Kline. Your eyes aren't deceiving you... the roundhouse looks like a mismatch for the turntable size. In fact, the Lewistown turntable was enlarged twice while keeping the original roundhouse intact. As a result, tracks within the building are not centered in the stalls as one would expect.

You can also see progress on the installation of roadbed with photo copies of turnouts in place. The "west end" service lead should be operational in a few weeks. 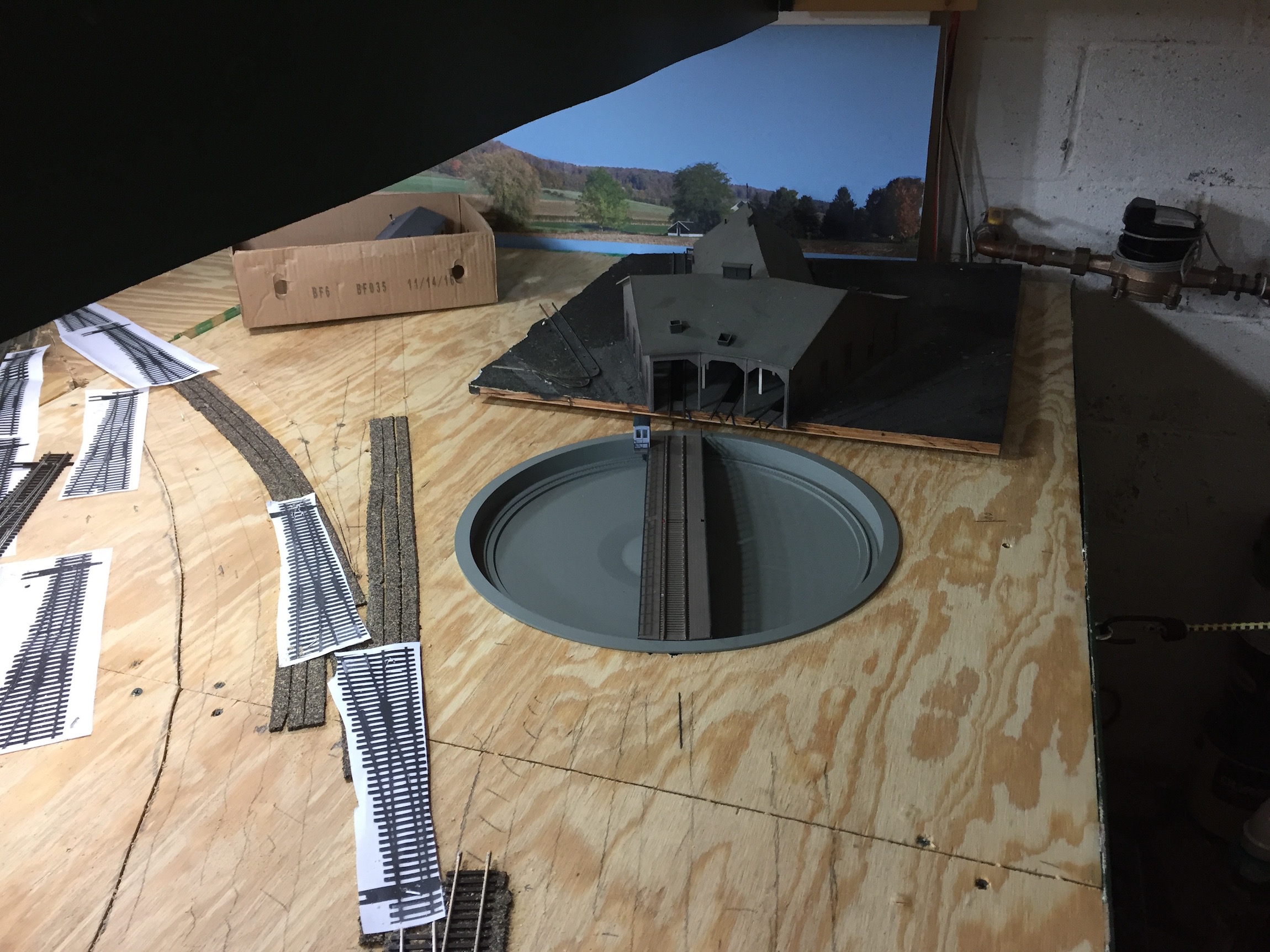