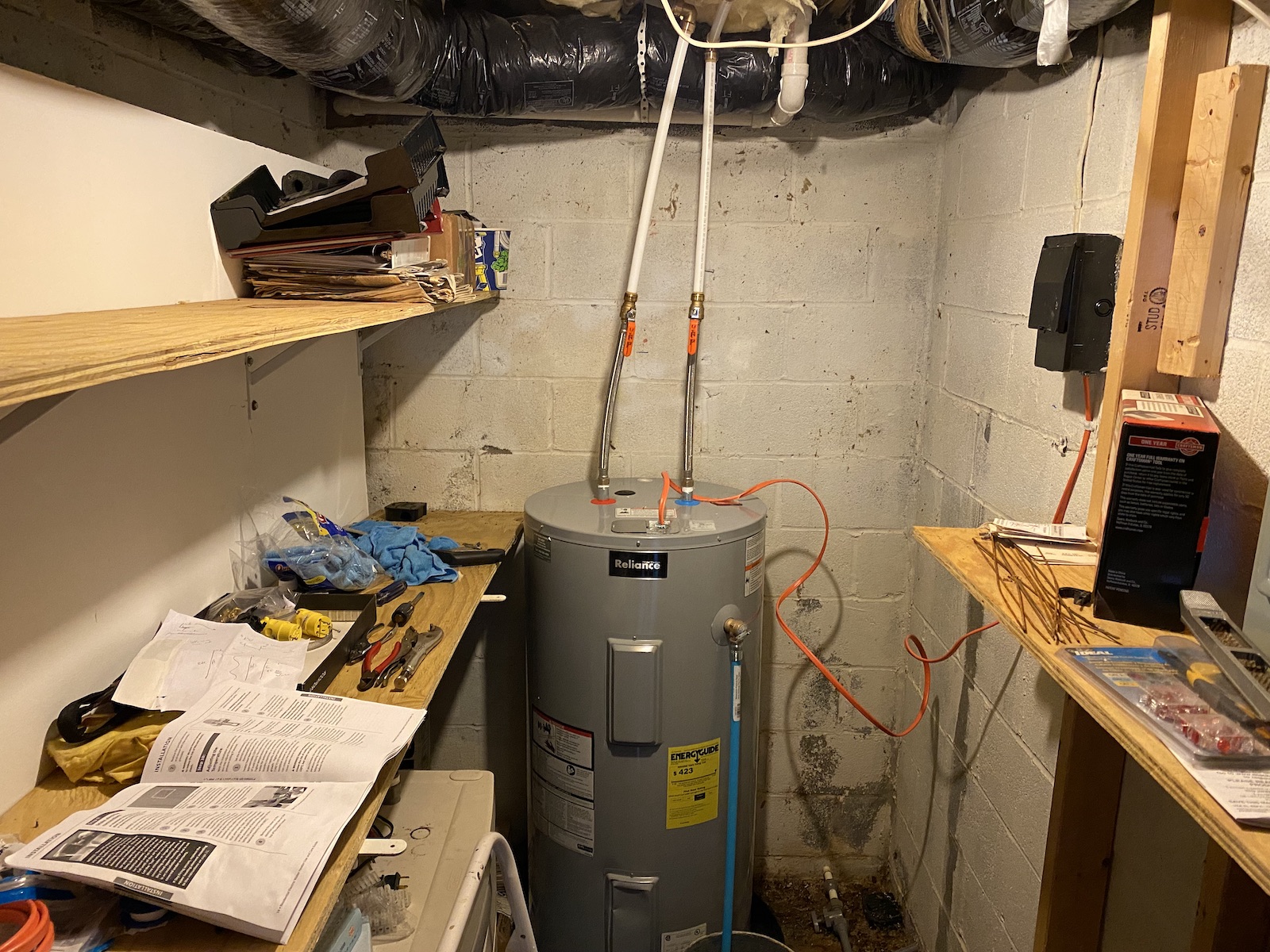 When life serves you lemons, you have choices. I opted to make Lemonade... This past Tuesday morning I woke up to a broken water heater. The control board was definitely shot and the unit was 8-10 years old, so a replacement was in order. 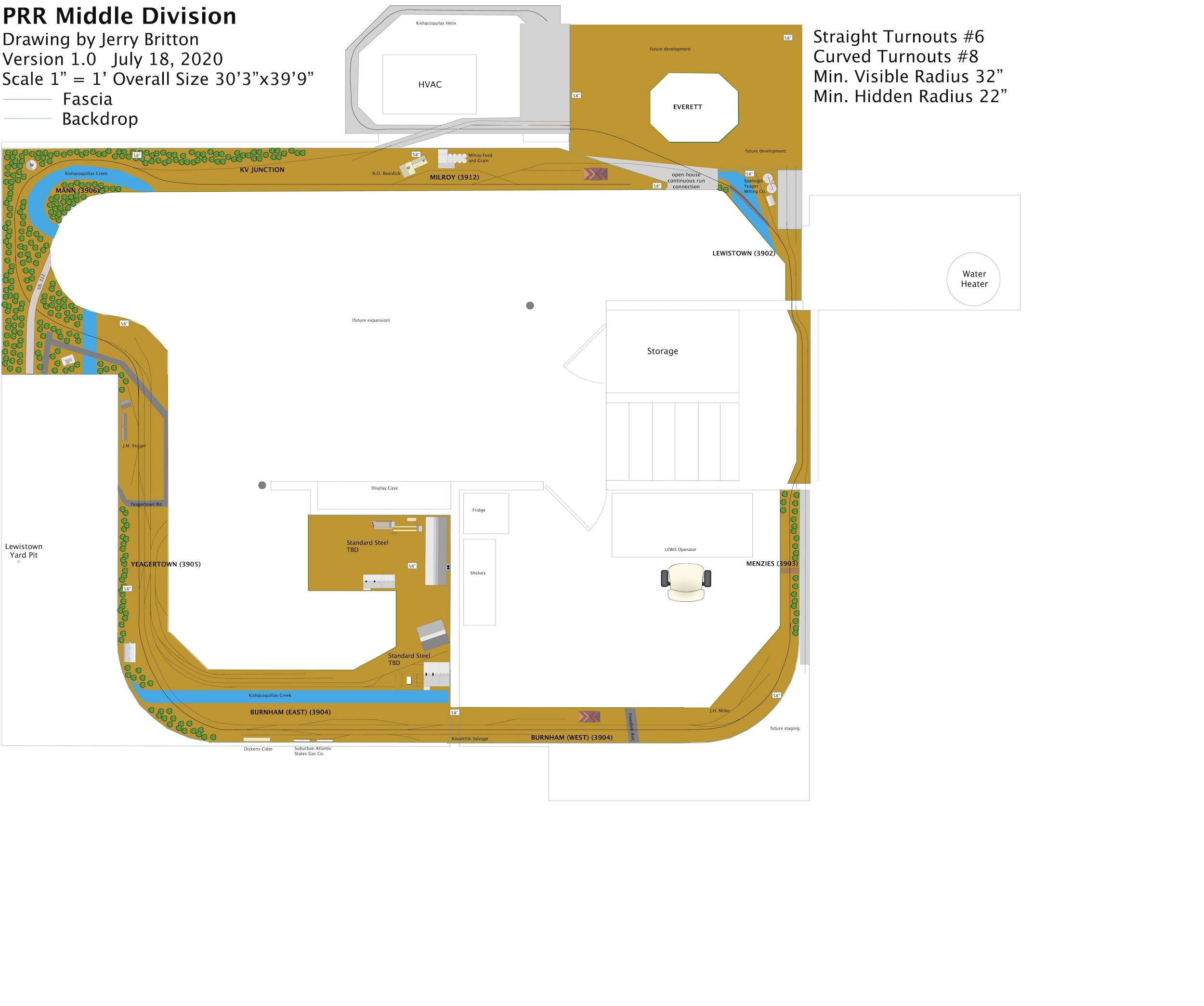 The water heater is located in an arbitrary extension of the basement. It appears at far right in the top level track plan shown at right. While not shown, I've long been planning to locate a yard/switching area back there for my protolance Pennsylvania Midland based out of Everett on the track plan.

The operating purpose of the Penn Midland is to offer another way to move cars in/out of the Pennsy since I cannot run 100-car trains to swap 30-50 cars at Lewistown like the prototype did. 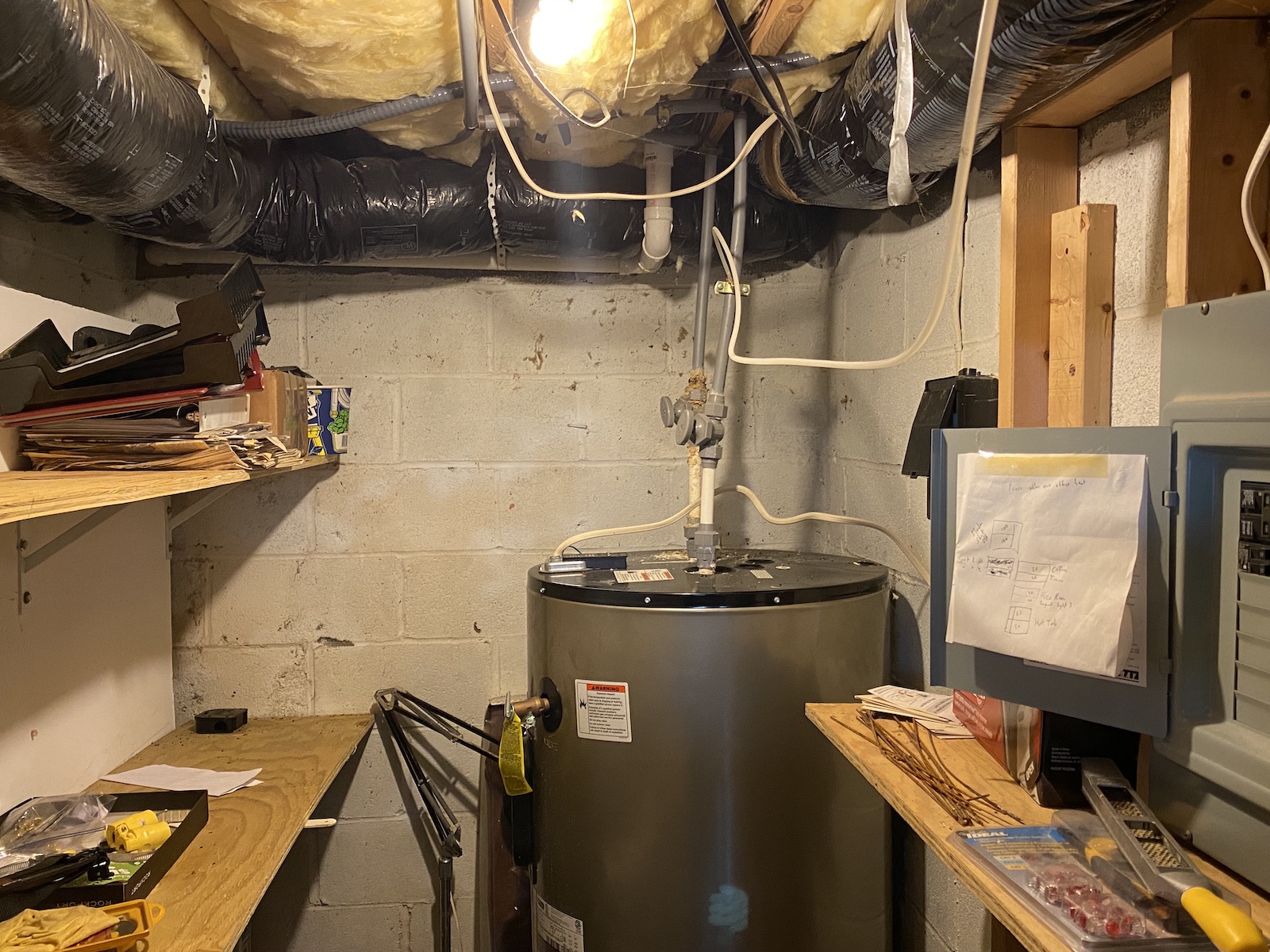 The photo at left shows the original, 80-gallon water heater on the right. The lower shelf on the left will be home to two-track staging for the S&L branch. The shelf at upper left and on the right are arbitrary and can be removed.

I have planned to place a Penn Midland switching area on the left, above the S&L staging.

Back to the water heater, my first thought was to switch to a tankless unit -- which would have been  "golden" -- but the pandemic has created issues with availability of both the heaters and the resources to install them. I didn't have the luxury of waiting a few weeks!

However, being "empty nesters", I could downsize from 80-gallons to 50-gallons and move to a "medium" height unit. The resulting choice was also several inches smaller in diameter.

I opted to place the new unit tight against the back wall, but centered in the space. As the top photo shows, I now have a second future switching area! Granted, it would have to be a one person operation for both, but it really opens up the possibilities. The track height for both areas would be just below the height of the orange valve levers. There's even room for a connection between the two sides. (NOTE: The power to the water heater will be properly anchored to the wall.)

Between Everett and this location, I definitely will be having an interchange yard and a large freight forwarding operation. With the new area coming available, it could be a switching area or perhaps an interchange with the Central Pennsylvania Railroad, the freelanced railroad of the late Bob Martin. But first, let's get the Pennsy portion back in service and transitioned to operations!