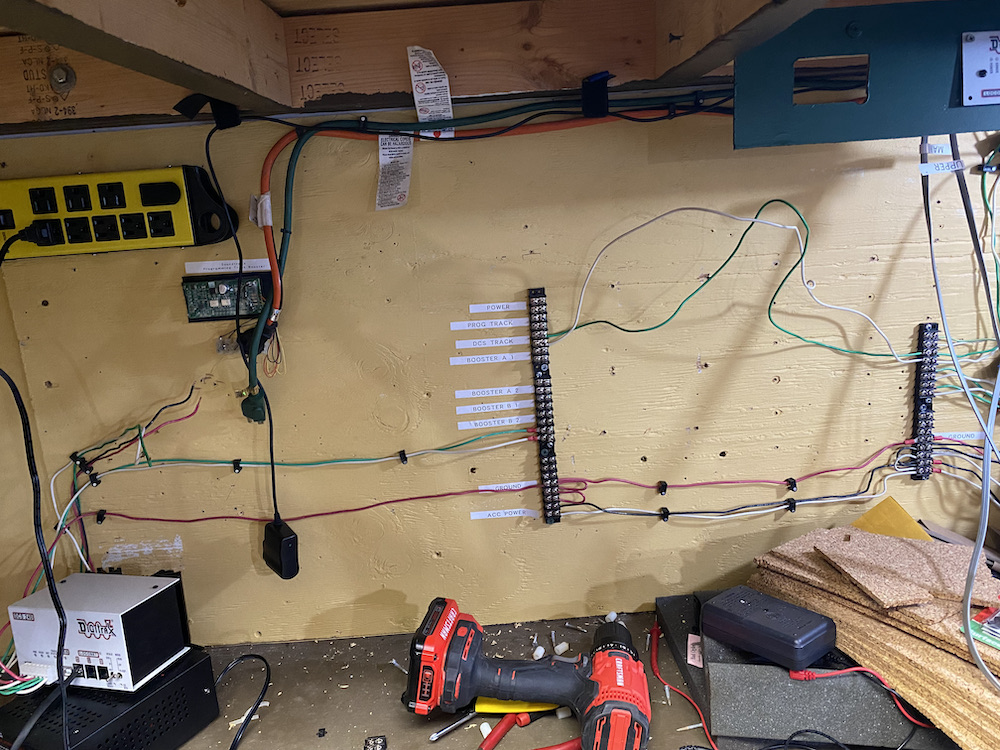 The control panel under reconstruction.

Well, it's been a month since I reported the lightning strike, so I guess I am due to provide an update...

To add insult to injury, Hurricane Ida came through three weeks later. The sump pump worked its butt off, but for a very brief period it could not keep up and the well overflowed. I ended up with a mere 1/4" on the basement floor, but that still requires moving everything and scrubbing with a strong bleech mix to prevent mold. The logistics of moving everything requires scrubbing areas in patches. I just finished today.

Ida also knocked down a 70' locust tree. Landed across the driveway and just missed the house and two cars. Took a few days to cut it up, but that is done.

In my previous blog I mentioned that this could be the end for the Middle Division. I know the lightning surge went across my LocoNet bus and at least the bus feeding my local control panels. Testing of downstream components, like Tortoises and stationary decoders, is tough without the upstream components working -- which was problematic with a blown command station. I bypassed a local control panel and 11 out of 11 Tortoises still worked -- a good sign! If there were a lot of Tortoise failures, that probably would be the end. I have no appetite for replacing around 200 switch machines.

I replaced the one power supply that was known to be fried and ordered a new DCS240 command station, which took a few weeks to get. Upon arrival and installation, the drop in replacement yeilded quite unexpected results. Pulling out a meter, I found that the other three power supplies were shot, as were the two boosters (as far as I can tell). 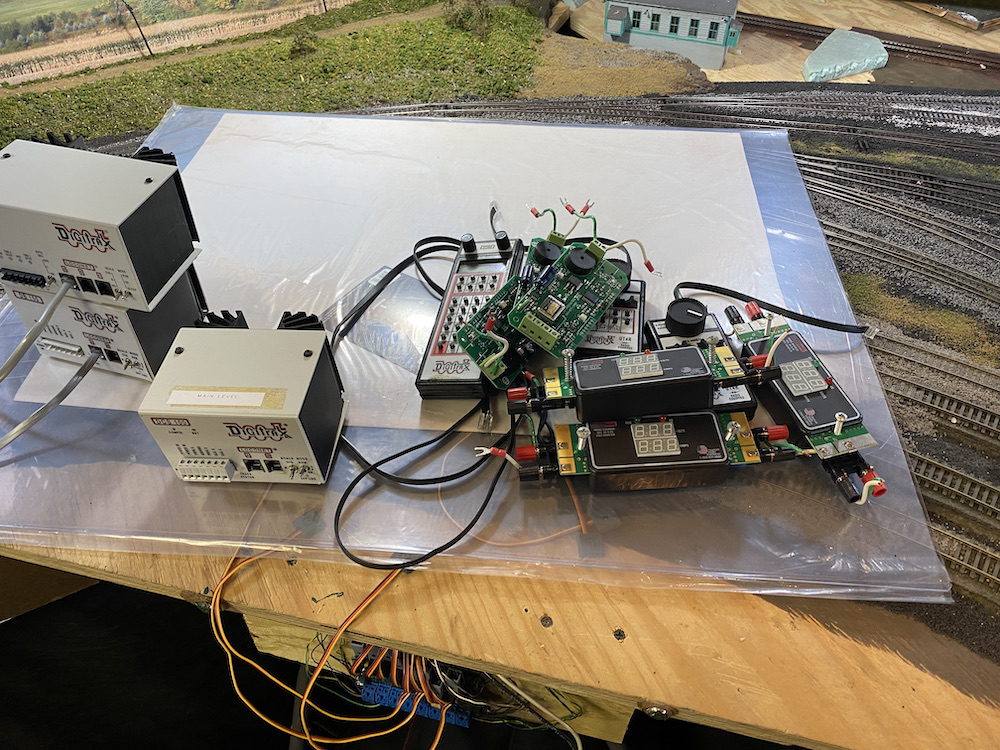 Using the good power supply and the new command station, I determined that four of six throttles that had been plugged in were dead -- a DT400, a DT400R, a UT4R, and a UT300. Two UT4's survived. The LocoNet bus is dead, but that will be a later project to fix.

With power to the main line level, all sorts of alarms and blinking lights go off and my DCC Specialties PowerShield started smoking. Something seriously wrong on that power bus, which includes all of the BDL168 detection boards. I suspect that will require some serious time to get back into service. The DCC Specialties RRampMeter was not lit, so it is shot.

With power to the middle level -- the Lewistown Secondary -- I got some alarm light activity, but not nearly like the main level (and no smoke!). Another dead RRampMeter.

With power to the top level -- the Milroy Secondary -- track power came up and loco sound spun up as would be expected. At least something works!

I now have three power supplies on order, as well as two DB220 boosters. I had previously ordered replacement Touch Toggles from Berrett Hill for the local panels; they are due in a week or two.  I'm holding off on replacing the (3) PowerShield's, (3) RRampMeter's, and throttles until I kick the tires some more. Still unknown are the locomotives and lighted cars that were on the track, around 200 Tortoises, around 80 stationary decoders, and the LocoNet bus and accessories.

My laptop that had been fried has been replaced. I have a LocoBuffer II on order for connection to LocoNet. I reinstalled all my apps, but there was an issue with my data backups. I was fearing the loss of my MiTrains inventory, WayBills waybills, and CATS dispatcher panel. I tore apart the fried laptop and removed the SATA drive. For around $15, you can get an enclosure and USB cable to connect the drive as an external to another computer. Worked like a charm and I restored all of my "lost" data. Happy camper in that regard!

My insurance company -- shout out to Heather at Erie Insurance -- has been great. They've allowed my to submit incremental claims and they have paid them in full.

Unfortunately, I went from planning a November open house and December operations to a rebuild that will likely last six months (or more).