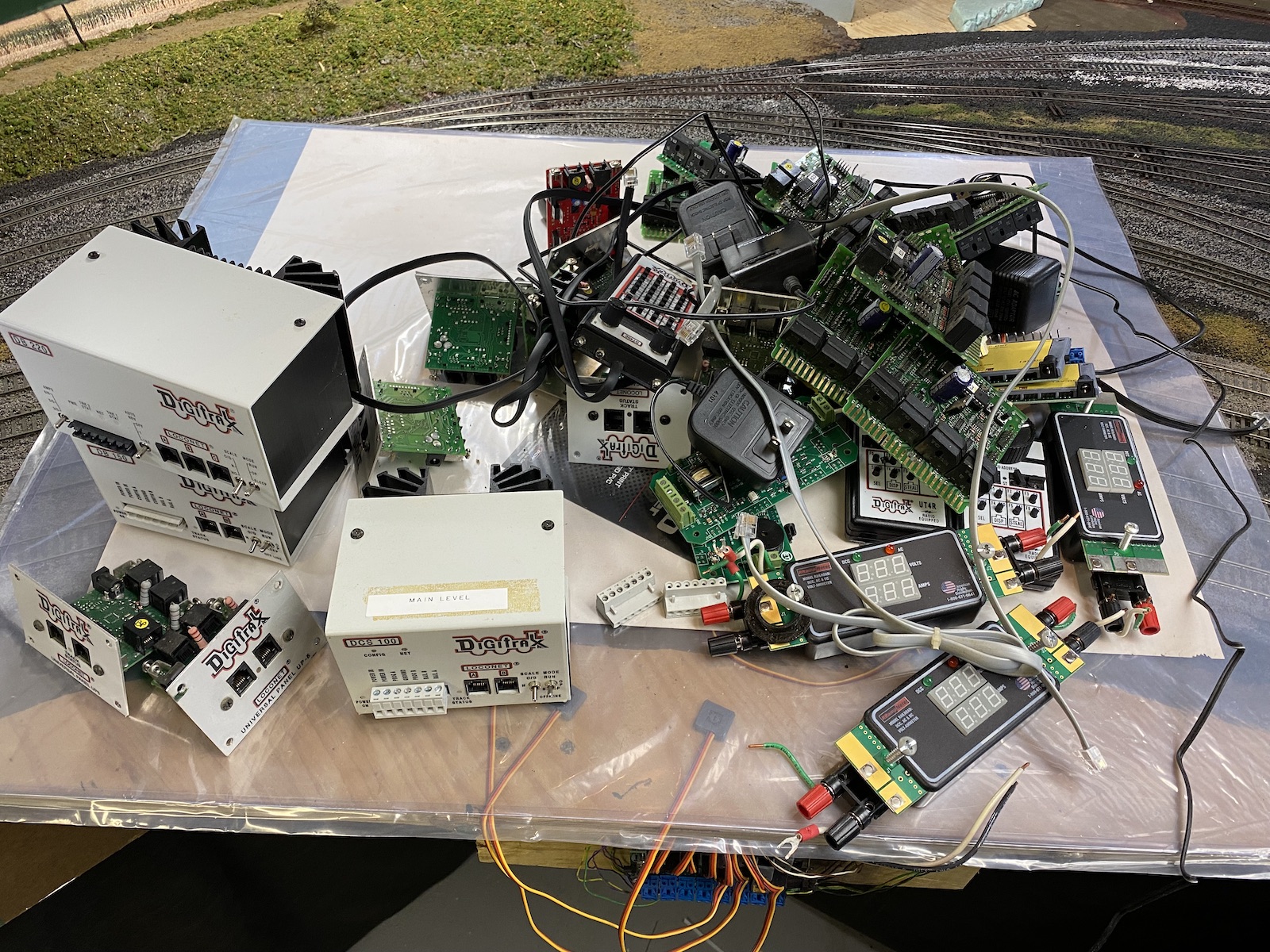 Oh, the carnage! Above is my growing pile of electronics that I have replaced since the lightning strike. Not seen is another bin containing surge protectors, a laptop, two routers, etc., etc., etc. I've received a third insurance reimbursement and the recovery goes on!

To recap, all of the central power components -- power supplies, command station, and boosters -- were replaced. A new, dedicated throttle bus (LocoNet and power) was built. All of the Berrett Hill Touch Toggles used at local control panels were replaced. The middle level (Lewistown Secondary) and top level (Milroy Secondary) are up and running.

I've also decided to completely rewire the turnout control network. My decoder-controlled turnouts are in only four locations. I had used NCE Switch-It's as stationary decoders and each can control two turnouts (or crossovers). Particularly at the ends of the staging yards where I have 16 turnouts each, the wiring is like a rat's nest. I have ordered NCE Switch8's, each of which will control eight turnouts.

Even though it sounds like I am closing in, after everything is up and running I face a major cleanup. Bins that were under the layout are now sprewn all over the basement; the floor is covered with wire-related waste; and the layout surfaces have become one big workbench. While I had been looking at November for an open house and December for operations, I am now looking at least until March.

Deadlines help one get things done. I know I have to have an open house for the Pennsylvania Railroad Technical & Historical Society (PRRT&HS) when they hold their annual meeting in Harrisburg in May. And then there is the AML Network's #TomStock event in July.

The other night I was interviewed by the A Modeler's Life (AML) podcast to discuss my lightning-infused trials and tribulations, so watch for the episode in a few weeks.

Thank you all for your words of encouragement and comiseration!