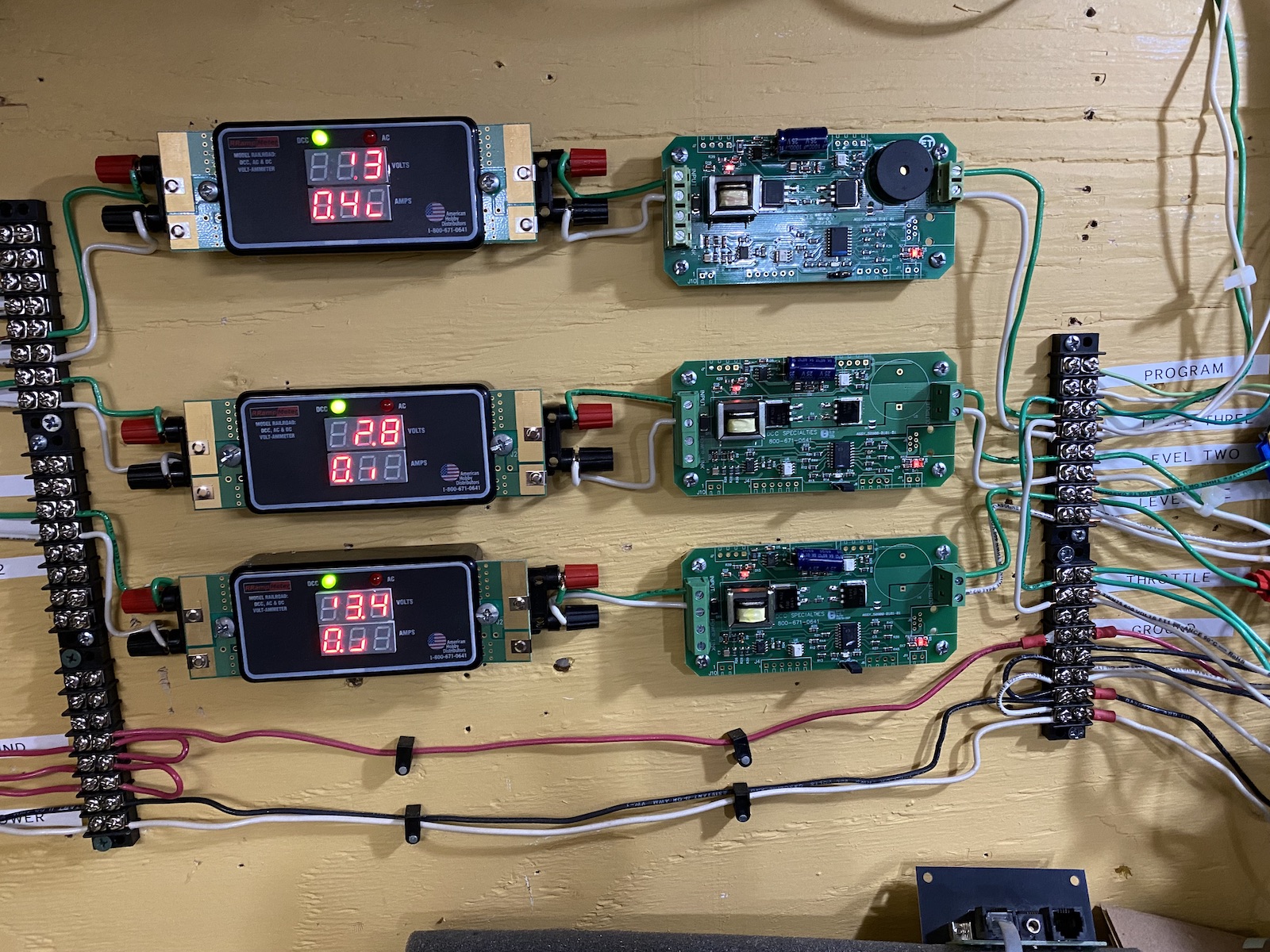 I can report "continued progress" on the PRR Middle Division since our lightning strike in August. This week I received and implemented replacements for three DCC Specialties RRampmeter II's and three PSX circuit breakers. I also neatened up the wiring a bit. 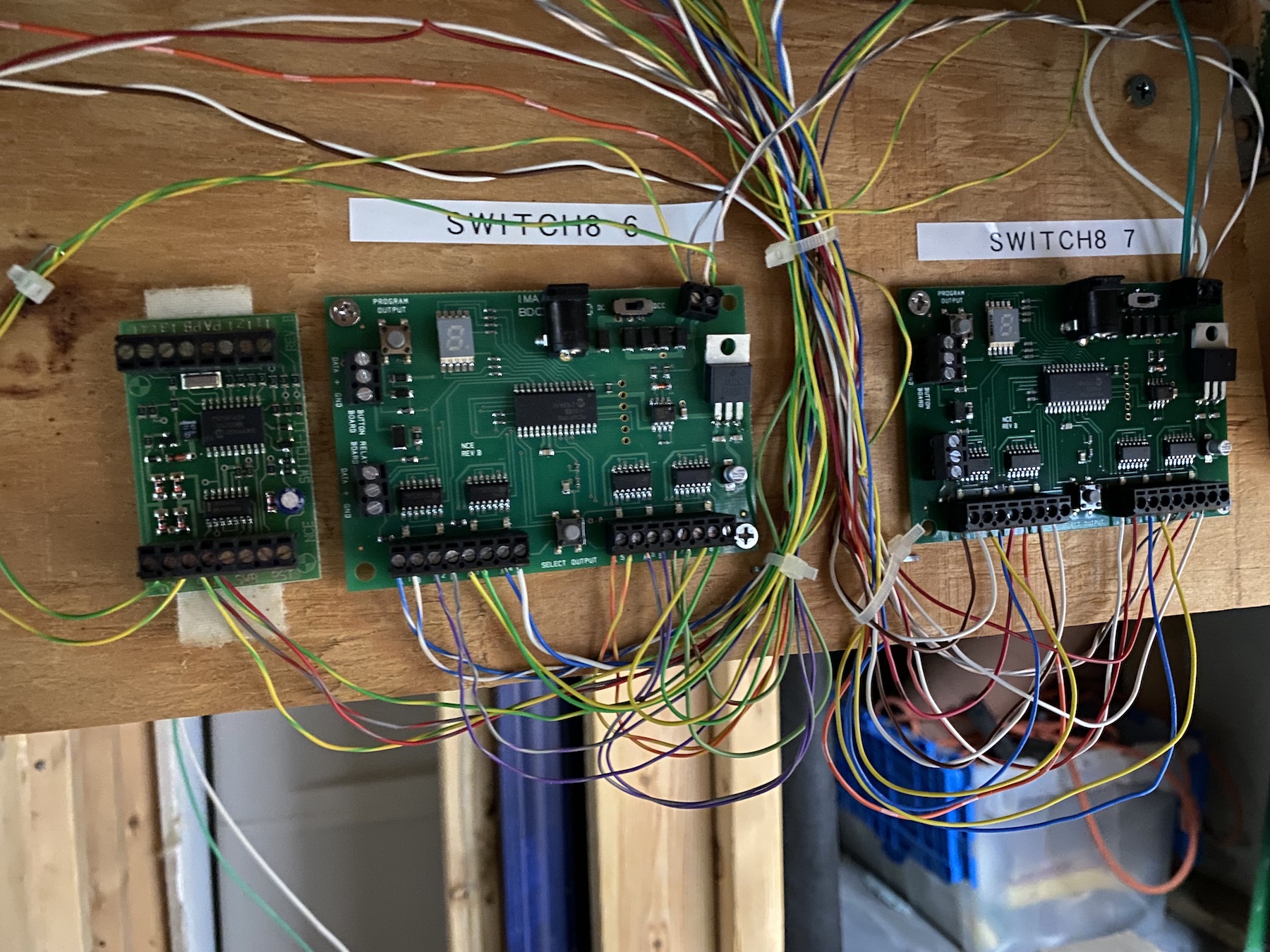 November 11th was a holiday for me, and I totally rewired the turnouts at JACKS interlocking. The wiring wasn't as neat as it could be, some of the stationary decoders had had their addresses reset, and others were fried or otherwise inoperable. On a good note, none of the switch machines were damaged. I ripped out all of the wiring and started fresh, and tucked it into nice neat "channels" at the same time, rather than every run being in a straight line. I also replaced eight NCE SwitchIt's with two NCE Switch-8's. Much neater.

I still have some light work to do at JACKS: Two turnouts need their throw holes bored out a little bit for better clearance. One turnout needs its throw rod adjusted, and a crossover isn't responding which is either it's single NCE SwitchIt being fried or address reset. 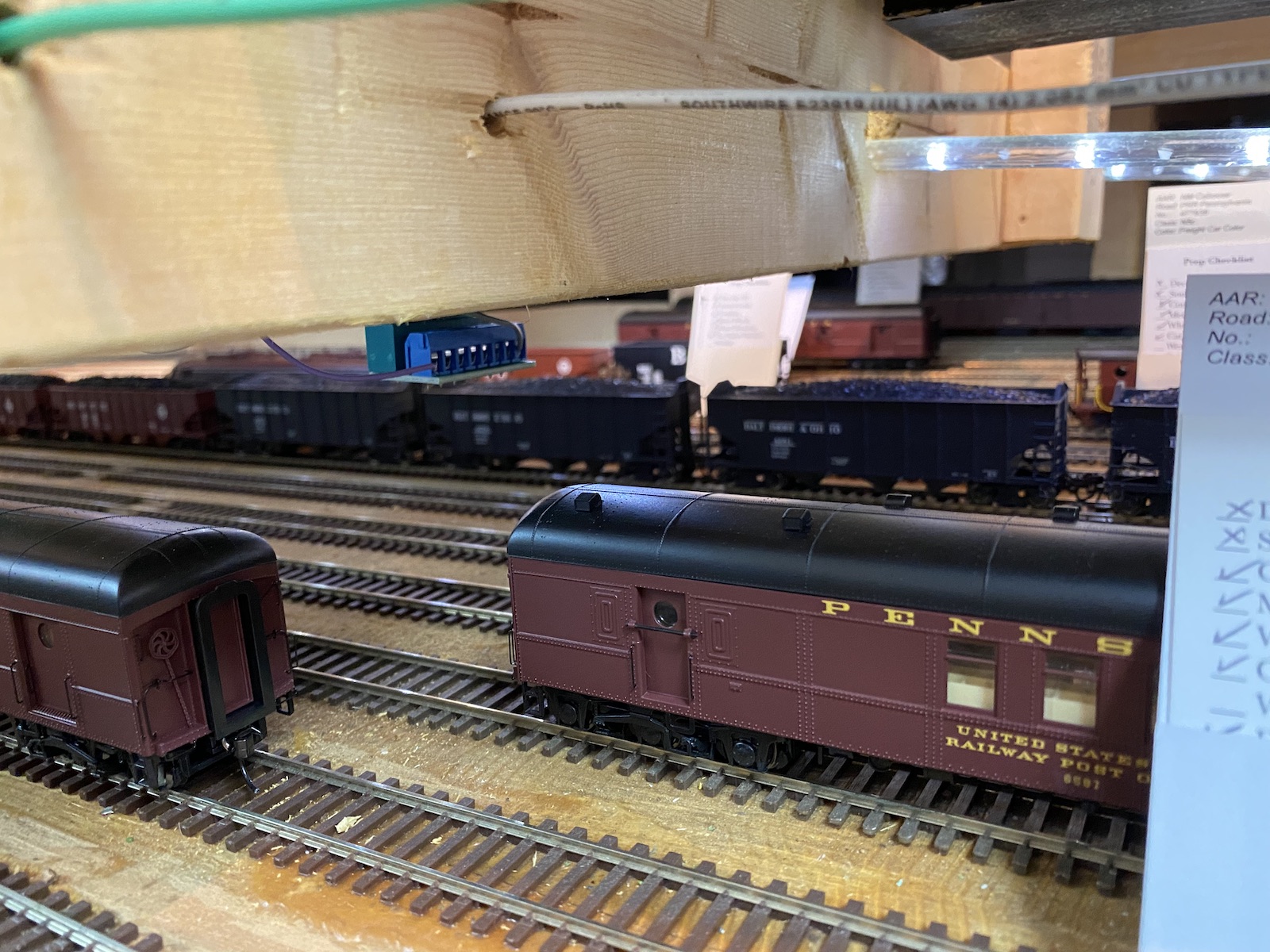 Meanwhile, in staging, I am staging actual trains for the first time ever! It's good to see them being built out... and the occupancy lamps for staging lighting up on the dispatcher's panel!

Of course, to make all this work, teeny tiny 10K resistors need to be installed on two axles of each car. This is for the birds; and so I am a bird now!

I'm working on about 10 cars a day. The first step is to glue the resistor in place using CA. The next day I apply "wire glue" to make the electrical connection. After this cures overnight, it gets coated with clear nail polish for strength as the wire glue can reportedly get brittle over time. Picked up this technique on YouTube.

Can operations be far off? At this point I am thinking mid-winter.