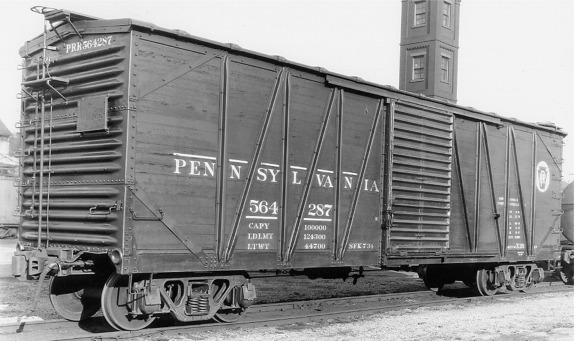 Mount Vernon Shops, which offers HO scale decals for the X26, provides the following background on the car (edited):

Following WWI, the USRA distributed its standard railroad car types throughout the railroads of the USA after de-nationalizing the railroads. Among these designs was a 50-ton single-sheathed 40' boxcar. The PRR was the largest single recipient of this type, receiving nearly 40% of the fleet, totalling 9,900 cars. Starting in the 1930's these cars started to receive upgrades, including new roofs and doors and later most were also upgraded to AB brakes. In 1945 the PRR commenced a rebuild program of the X26's into steel-sided variants, X26c's.

The X26 boxcars in the Circle Keystone scheme lasted into Penn Central, with some soldiering on into Conrail although in restricted service. The roster peaked in 1930 with 9,394 cars, by 1950 the roster dropped to 5,909 and in 1953 it had declined to 953 cars.

Seven of the X26 were equipped for auto engines loading for the International Harvester Company.

To properly balance my fleet, representing the 1950s, I will be building (2) X26 and (5) X26c resin kits from Funaro & Camerlengo. F&C offers numerous versions of the car, including: 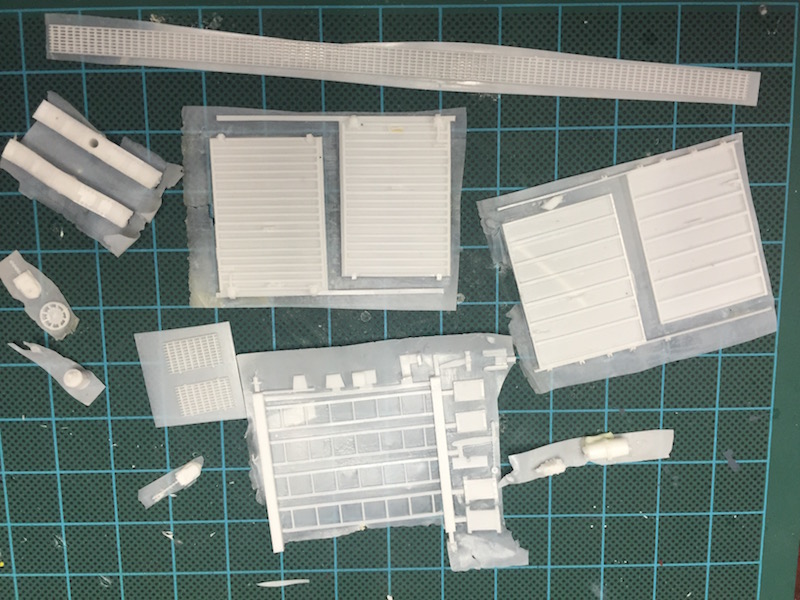 Like any resin kit, there is a lot of flash to be cleaned off of the sprues from molding. The instructions suggest doing all of the flash cleanup at once, but I deferred, doing only what I immediately needed. With seven kits in progress concurrently, I figured this would reduce the chance of losing parts! 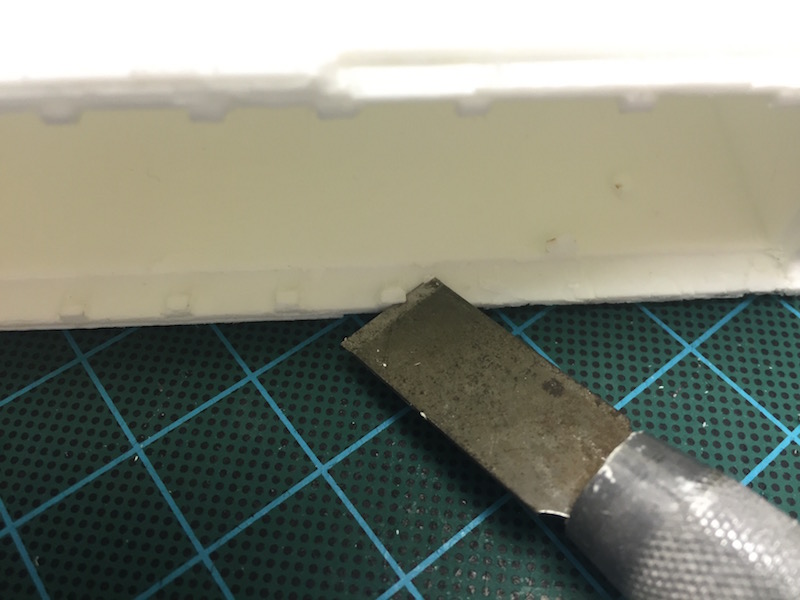 For starters, I cleaned up all of the bodies, the frames, and the bolsters. The insides of the bodies have square "pegs" that need to be cleaned off. These are from the molding process. These aren't mentioned in the directions, and it is not flash, but the frame/floor won't fit in with these in place. I used a flat Xacto blade to scrape them off. 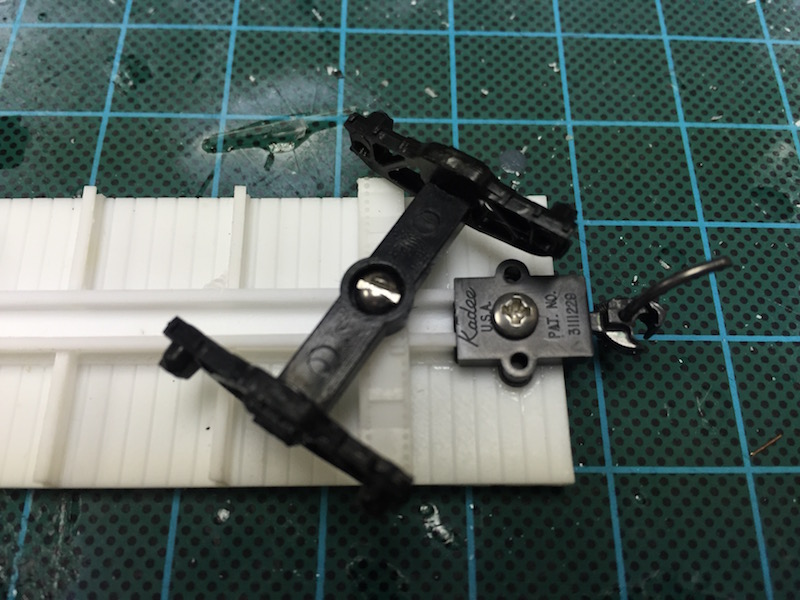 Once the floors have been test fit into the bodies and removed, the bolsters are added. I used Kadee #232 draft gear boxes and lids. After gluing the lid to the frame, I used a 1/16" bit to drill through the bolster as well as the hole for the coupler screw. I installed a Kadee #58 coupler with a 2-56 1/4" screw.

The trucks are Tichy Train Group #3012 Andrews, recommended by the PRR Pro group. They come in three pieces and are "snap together", but I found real quickly that they also "blow apart"! So I secured them with AC and that worked fine. I tossed the plastic wheels that came with them as I plan to use metal wheel sets. I applied the truck with a 2-56 3/8" screw. Pre-tapping is not required as the resin is soft enough to allow you to screw directly into it. After all couplers and trucks have been installed, remove them. They will re-attach later much easier with greatly reduced chance of damaging the details of the finished model.

The rooves of the X26c's are molded as part of the body. However, the roof of the X26 has an overhang. Being a one-piece body casting, the top of the body is left flat and a separate roof casting is attached. 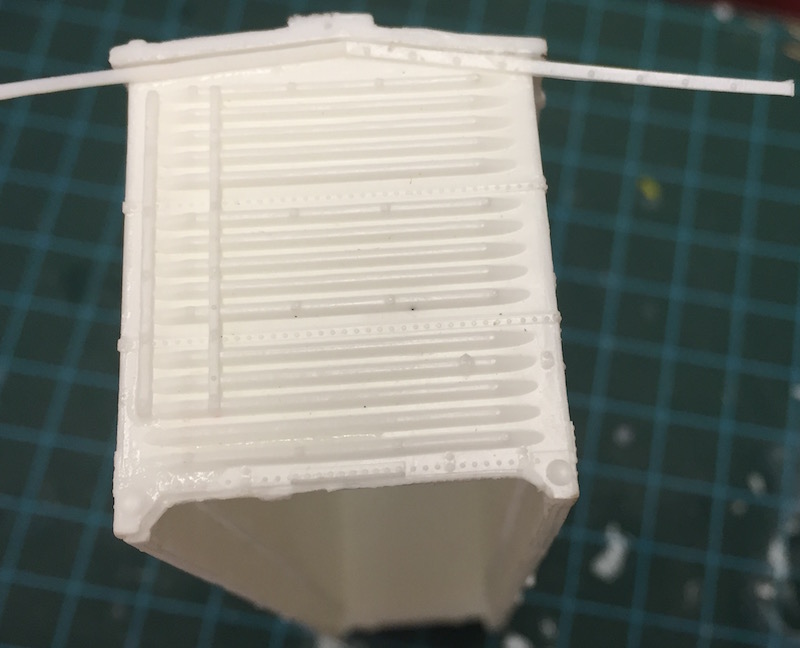 The X26 roof requires the addition of riveted fascia strips. After gluing one to my fingers several times, I found it easier to leave them longer than needed and letting them "run wild" off the car. Once dry, I cut off the excess. 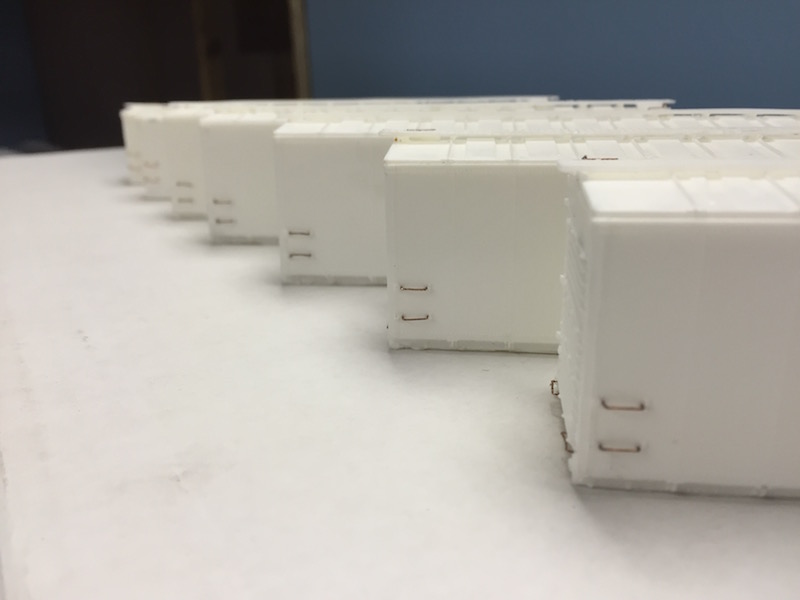 Work continues with my seven car effort on the current PRR Pro project -- X26 series box cars. Above is a view of my mass production line!

Grabs, grabs, and more grabs! That's the topic for this post. The Funaro & Camerlengo resin kits include brass grabs... I believe from Tichy Train Group. Each grab requires the drilling of two #78 holes. 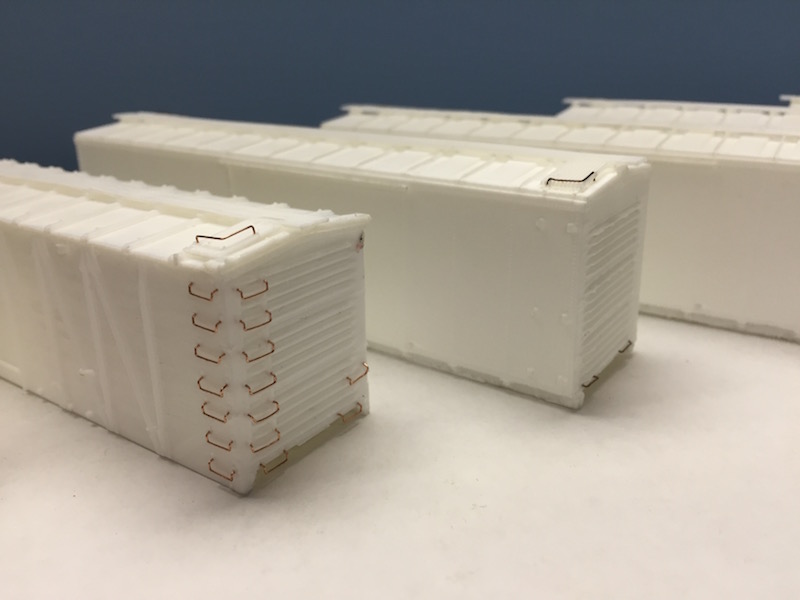 My MO (modus operandi) for grabs is to create a pool of CA on my cutting mat. I then grasp the grab with a pair of small pliers and "dip" the two ends of the grab into the pool. I can then position and insert the grabs into the pre-drilled holes without excess CA.

It took a few sessions to get all of the grabs done. Per the instructions, the underbody details should be next, but I skipped ahead to the roof walks. I did the main roof walk during one session and allowed them to dry before adding the small platforms at each end.

As an aside, you can see that one of my X26's is short a few grabs (below). That's because they launched into orbit! I lost a few of the straight grabs on the X26c's also, but had some on hand from my last project. I'll need to order some drop grabs from Tichy. 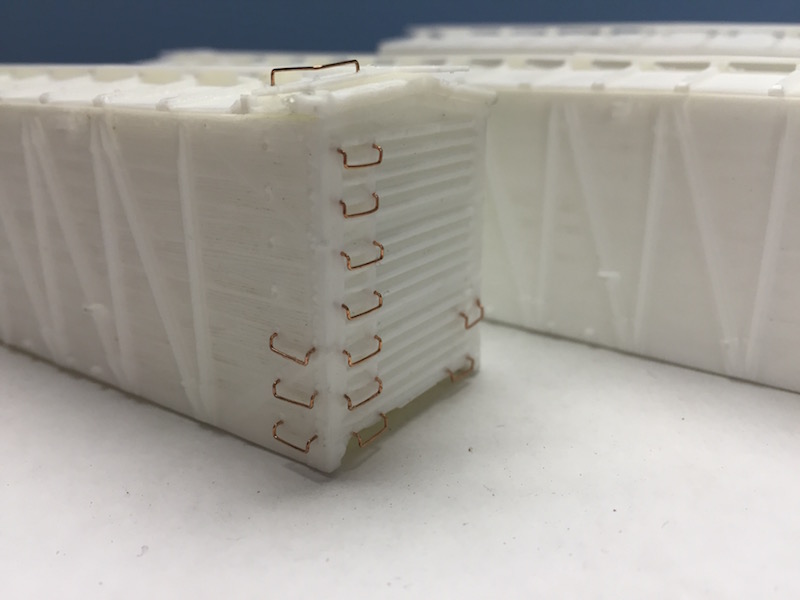