Six Sinclair Refining Company tank cars came through Lewistown yesterday. As of 1950, Sinclair maintained the fourth largest roster of tank cars in North America (Interchange: Ownership of Tank Cars in 1950). They frequented Pennsy rails and Sinclair had a facility in Altoona, Pa.

Tangent Scale Models has re-released their 1917-design 10,000 gallon tank car in Sinclair's 1947 era paint scheme featuring beautiful “SINCLAIR” graphics on the side of the black carbody, with the small “REF’D OIL” stenciling to indicate the commodity hauled in these tank cars.

Tangent first released six road numbers in 2018 and the entire run was sold out nearly overnight. This second run was announced this past Wednesday and they arrived on the Middle Division on Saturday! 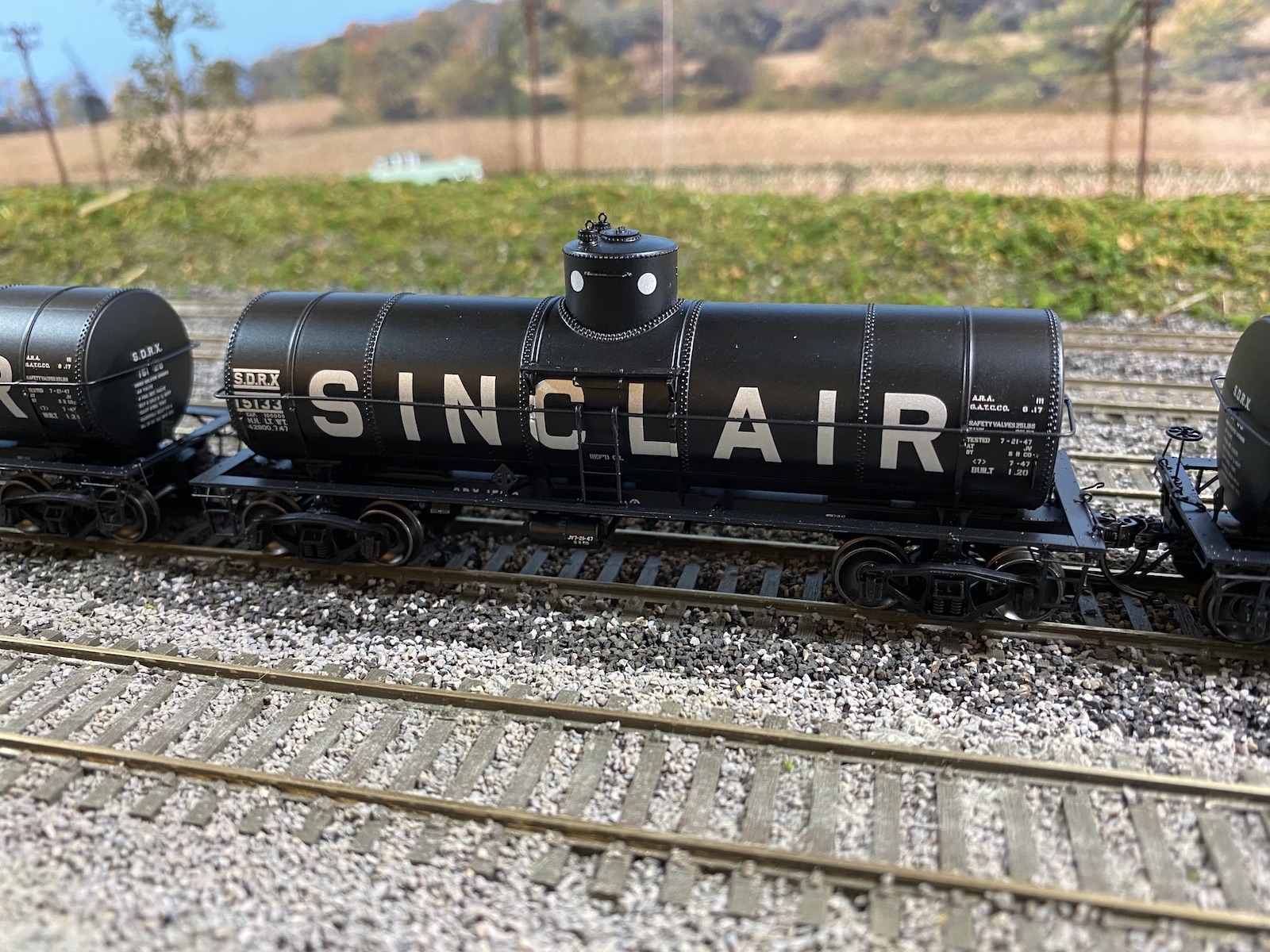