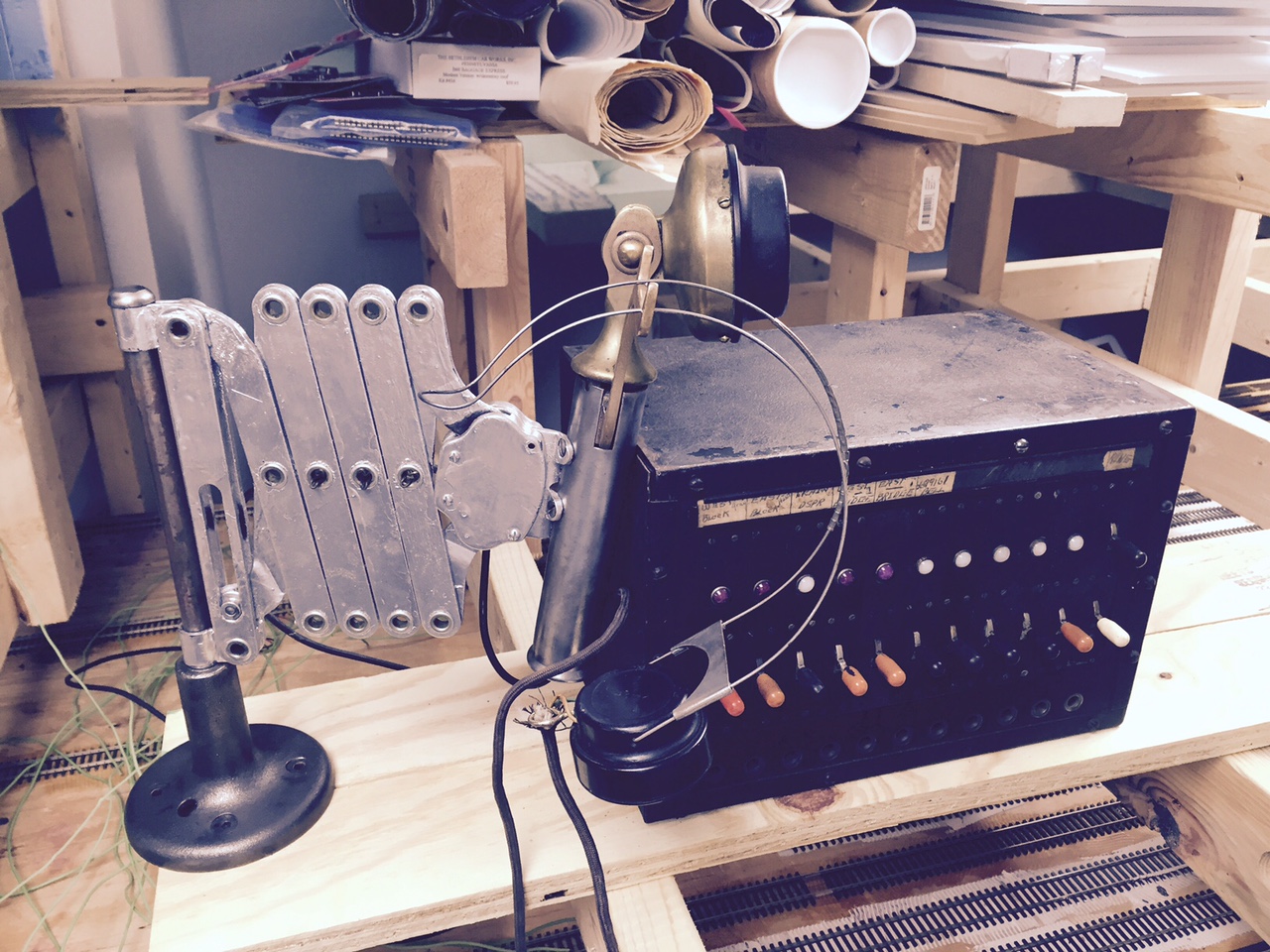 The more interesting find is a Western Electric phone switchboard. The seller claimed it was from a PRR location, though it is not marked. With assistance from Pat McKinney and Bill Volkmer, we have a pretty good idea it was from SPRUCE tower on the PRR Middle Division. Here's why...

Of the 10 available circuits, six are marked, as follows (see detail photo below):

Pat referenced that GRAY would be immediately west of SPRUCE after FORGE closed (date?). HUNT would be immediately east of SPRUCE since PETE had been consolidated into HUNT. There would always be a connection to the dispatcher. The West and East bridges are "conference calls" in a specified direction. The last one threw me for a loop. BELL tower was further west than GRAY and I wasn't sure why it would be on here. Bill indicated that it was actually a Bell Telephone line. I researched the exchange "669" in the "814" area code and found that it was assigned to Spruce Creek, Barree, and Alexandria, Pa. All of this evidence strongly supports that this came from SPRUCE tower sometime after FORGE closed.

SPRUCE had always been one of my favorite towers, largely due to the scenic beauty of the Spruce Creek area.

Now if I could just find a US&S CTC machine -- even though it wouldn't be correct for LEWIS! 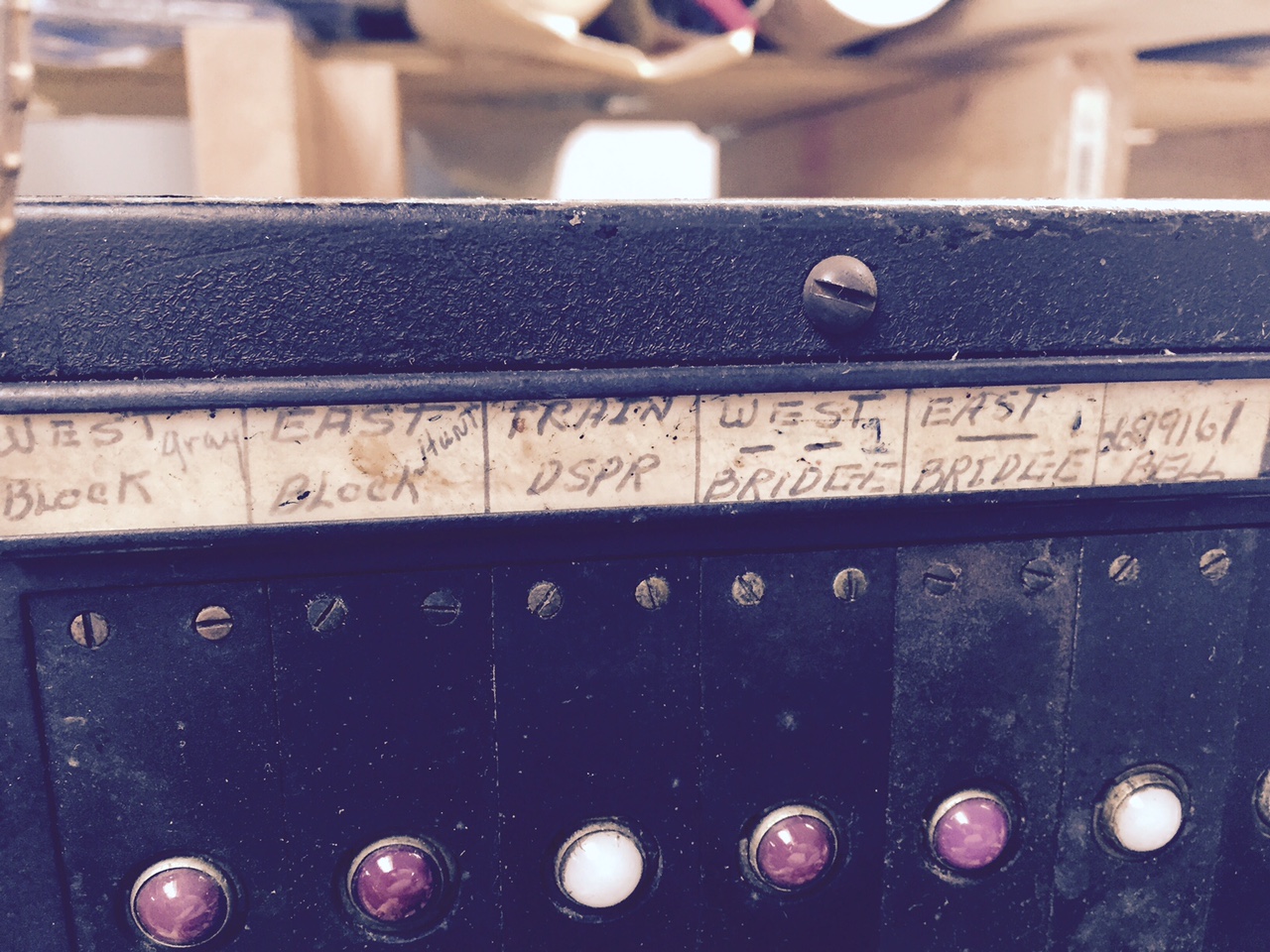