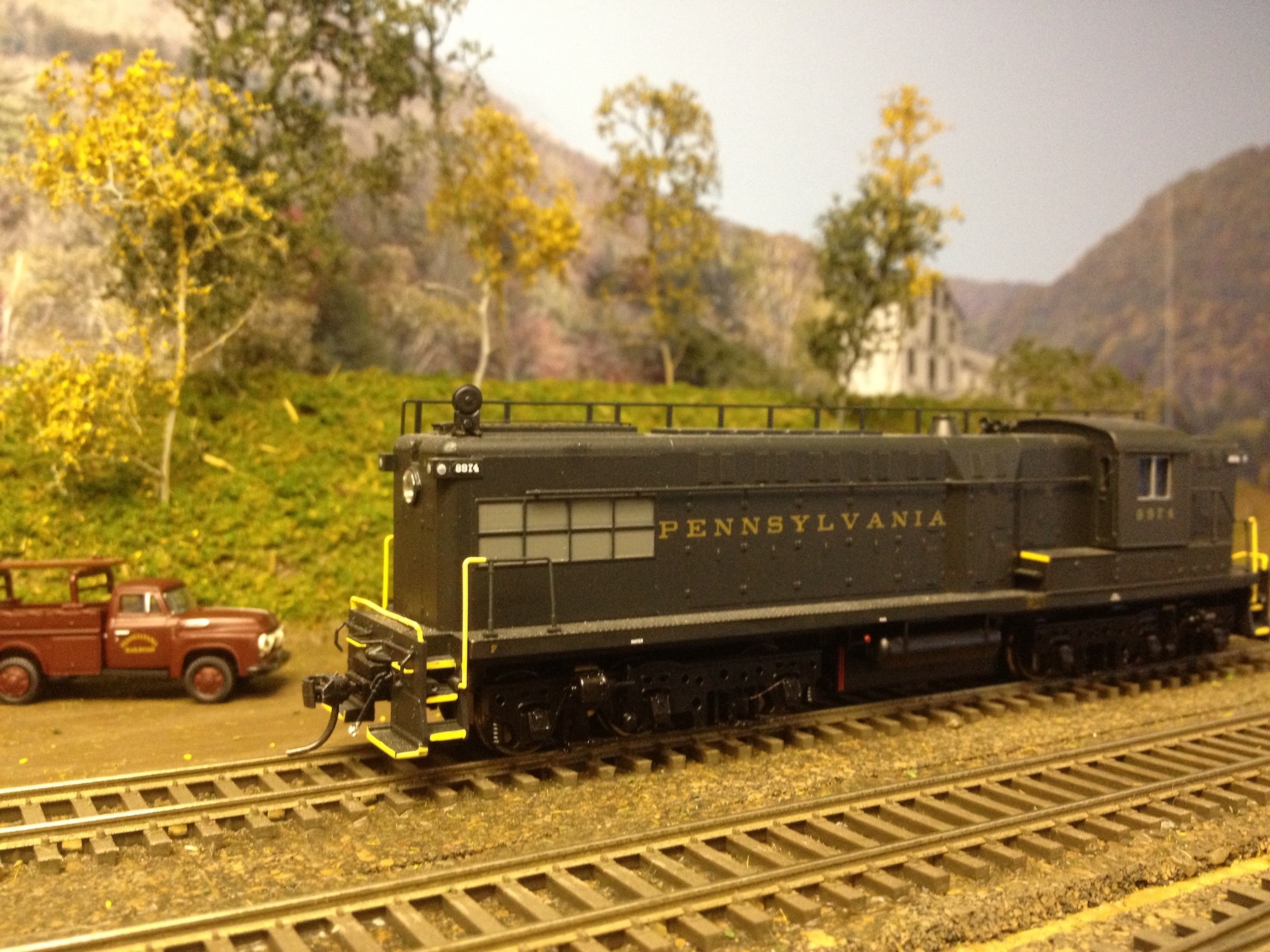 I love President's Day... it's a holiday for me and I always plan on working on the model railroad. Spring is just around the corner and I am sprinting to complete several projects before the yard work comes a calling.

Since my last report, the mountain on the far side of the track received its final plaster coat and a

coat of Sculptamold. Plaster castings of rock outcroppings were applied and appropriately colored. A based coat of "dirt" paint was appied to all non-rock areas. The mountain is ready for a layer of "forest floor" and then comes tree planting time. Oops, gotta make the trees first! 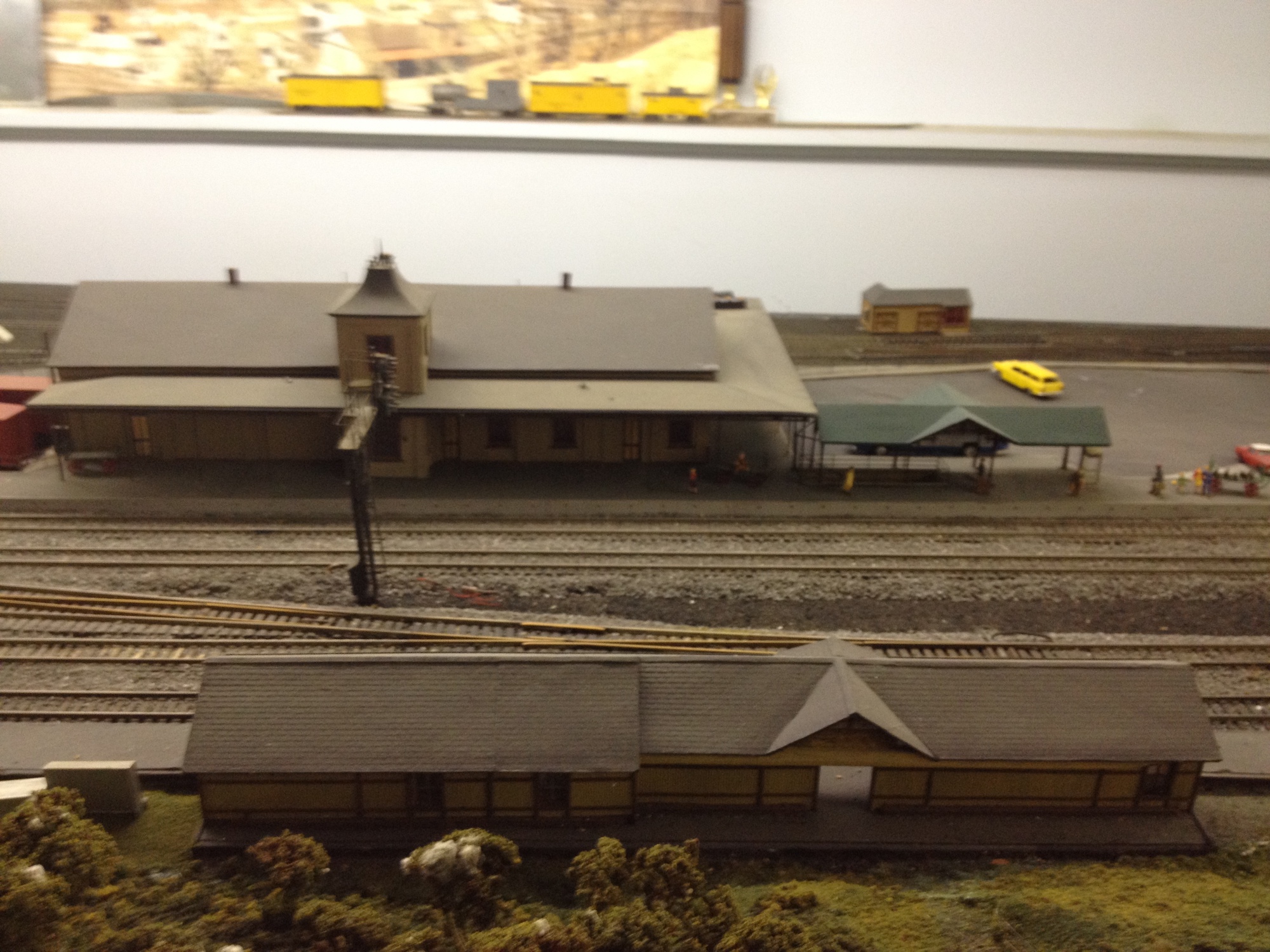 Fourth quarter was a slow starter for Middle Division construction. The family had a late vacation; then I had to coordinate picking up the models from Joe Henry Kline's family. Add a few holidays, and where did all that time go?

The past two weeks have been very productive. I got about fifteen feet of backdrop installed on the top display level, as well as about fifteen feet through Yeagertown. I've also formed, but not installed, rough scenery forms for the Yeagertown area. Track painting is next for this area, as the photo indicates.

Progress During a Hurricane

Undaunted by Hurricane Sandy bearing down on central Pennsylvania, I made use of the Governor's closure of the state to work on the turnout control wiring in Yeagertown.

This past weekend at the Timonium show I picked up wiring connectors for Tortoise switch machines. Though these add to the cost per turnout, they allow you to perform all of the wire soldering on the bench and then slip the connector over the card edge of the switch motor. It also allows you to more easily swap out a switch machine without having to resolder anything.

Read more: Progress During a Hurricane