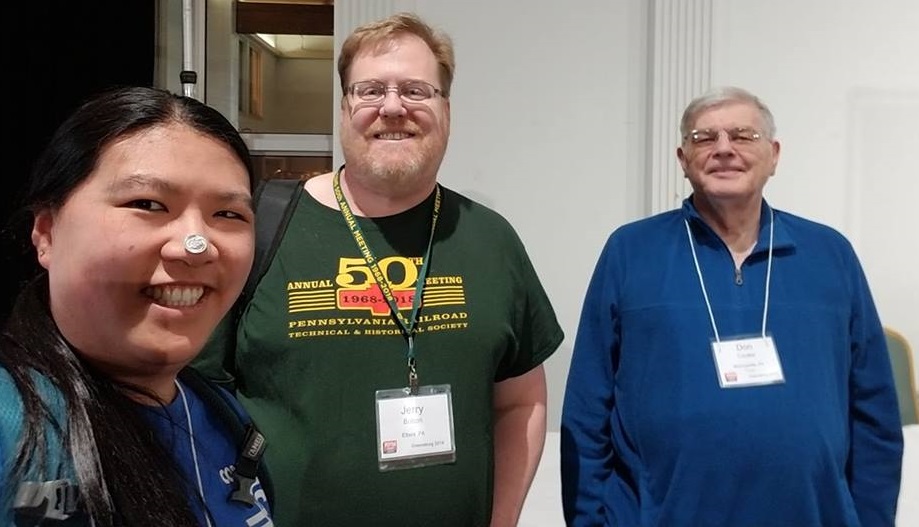 As with any event, it is a great time to meet up with acquaintances and friends from former meets. There was no shortage there -- Kaylee Zheng, Dave Hopson, Jerry Jordak, Don Coulter, Eric Hansmann, Brian Carlson, Matt and Amanda Hurst, Bill Carr, Ron Hoess, John Snyder, Jim Hunter, Bill Neale, Jack Consoli, and Ramon Rhodes. I also finally met J. Alex Lang whom I have crossed paths with online for the past 15 years or so! Through these folks I met their friends and so on. It was a great social opportunity! Kaylee Zheng photo; dime for scale!

There were a dozen or so vendors there, including Bob's Photo and Funaro & Camerlengo. There were about 220 attendees and I believe they said over 400 models on display. However, the meat of an RPM meet is the clinics. There were three concurrent sessions at any given time and the following are the highlights of those I attended.

Eric Hansmann gave an overview of "The B&O Allegheny Yard Branch", located on the north side of the Allegheny River opposite Pittsburgh. He plans to model the branch in his new garage and he provided prototype history and modeling opportunities and a rough idea of his track plan.

Rich Mahoney presented three clinics, of which I attended two -- "Perishable Operations in the 1950s" and "Tank Car Industries".

Neal Schorr, who models the Pennsy Middle Division in O scale, presented on "Engineering the Right of Way", and did an excellent job of reminding people that the geography and geology of the landscape preceeded the railroad. A good reminder and some excellent techniques shared!

And now my top three:

Ron Hoess spoke on "Tools and Techniques for Prototype Modeling of the Urban Landscape". Ron models two small branches in Philadelphia and relies heavily on valuation maps, Sanborn maps, and current and historical photos. In his modeled era, row homes abudt industries. He demonstrated how he uses a "scrapbooking" cutter to cut brick material -- not only for shapes, but also for windows and doors from Tichy. I first became aware of these devices at the Valley Forge RPM a few years ago when Tom Jacobs demonstrated the Cricut cutter. I've been pondering it ever since. Ron uses the Silhouette cutter and I see one in my future (RPM expense #1!). The retail is $299 and Ron related MicroMark selling them for $249, but I see Walmart has them online for $205. 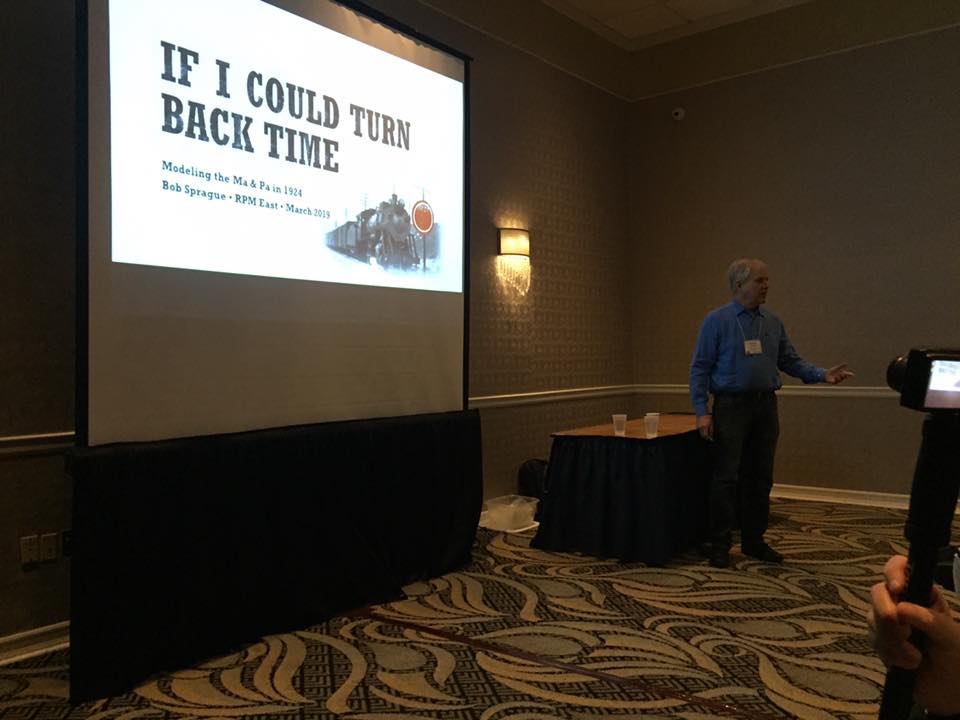 Bob Sprague, known for his track plans, spoke on "If I Could Turn Back Time: Modeling the Ma & Pa in 1924". He provided background on how and why he chose to model the Maryland & Pennsylvania, provided a high level description of the prototype with historical photos, then shared his track plan and photos of progress. Not unexpected, but Bob is doing a superb job of capturing the look and feel of various locations along the right of way. Sign me up for operations! 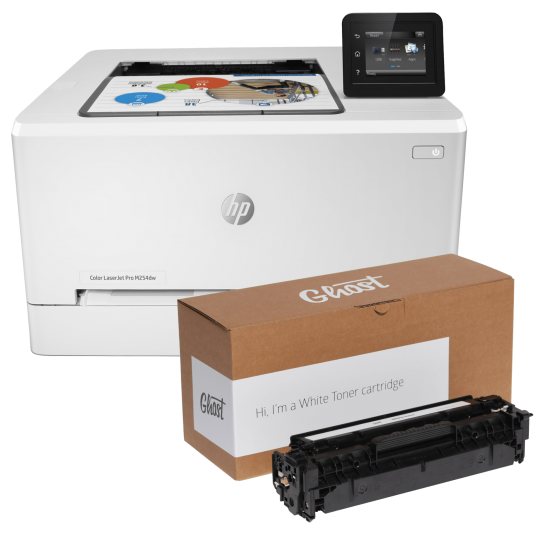 Finally, David Bott presented "A Friendly Ghost Story: Adding White Laser Printer Toner to My Custom Decal Toolkit". Dave found a new solution for creating white decals where folks previously used Alps printers (which are no longer available). Ghost White Toner is a European company that provides OEM toner cartridges filled with white toner. When you want to print white, you remove the black cartridge from your color printer and insert the white cartridge. When you are done, you switch back. There is no "latency" or conversion period; it's an instant change. The company offers cartridges for most popular color laser printers; Dave uses an HP Color LaserJet Pro. The cartridges are not cheap (about $220; RPM expense #2!), but they provide a lot of mileage. The company states 1,500 prints; Dave has been on his first cartridge for about 18 months.

To wrap up, the following are a bunch of photos from around the meet. Enjoy!