The floods of 1936 occurred throughout Pennsylvania March 18-20 and became known as the St. Patrick's Day Floods.

The railroad placed loaded hopper cars on the Juniata River bridge to "hold it down". It paid off; the bridge was saved, unlike the 1889 flood which swept the bridge away. 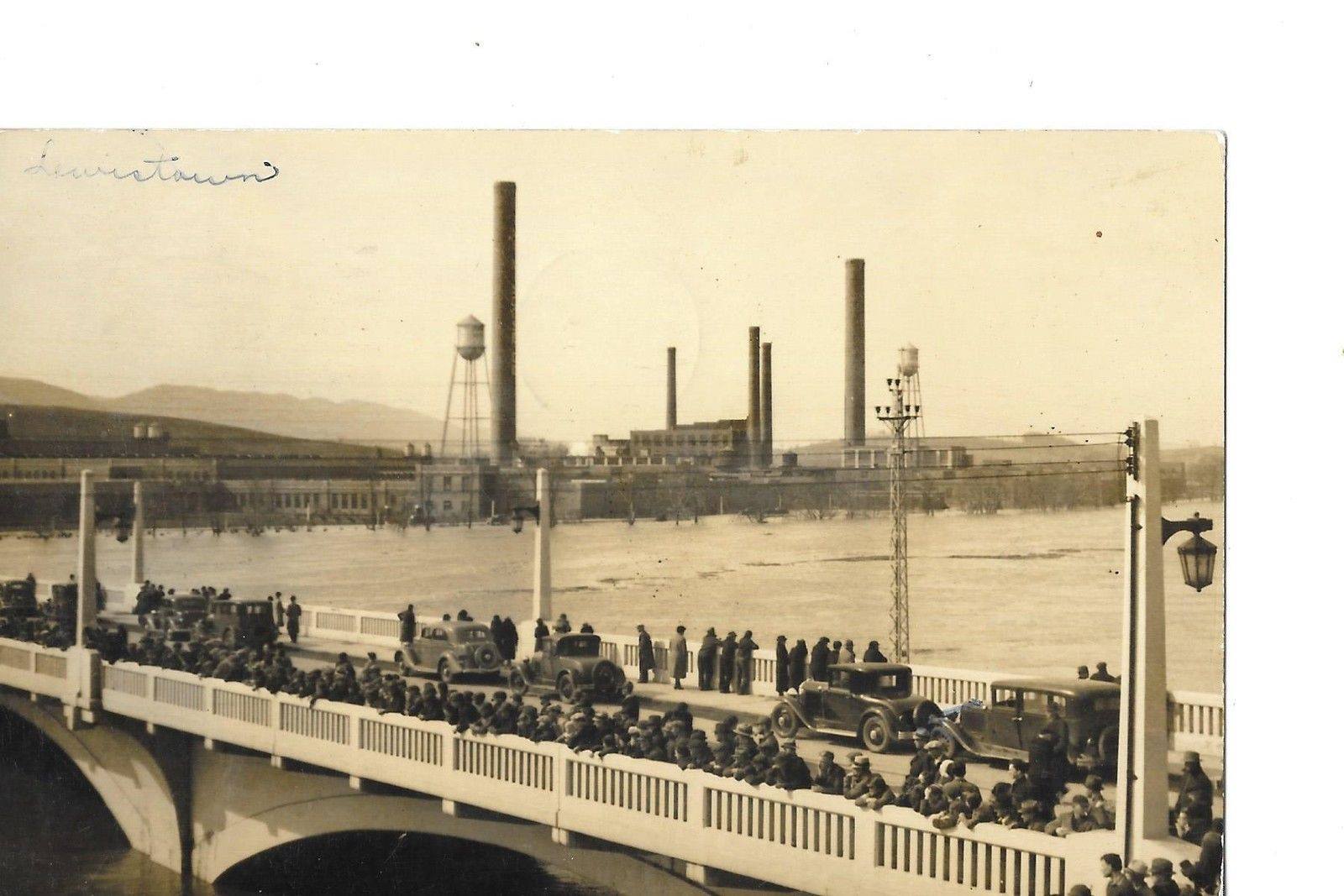 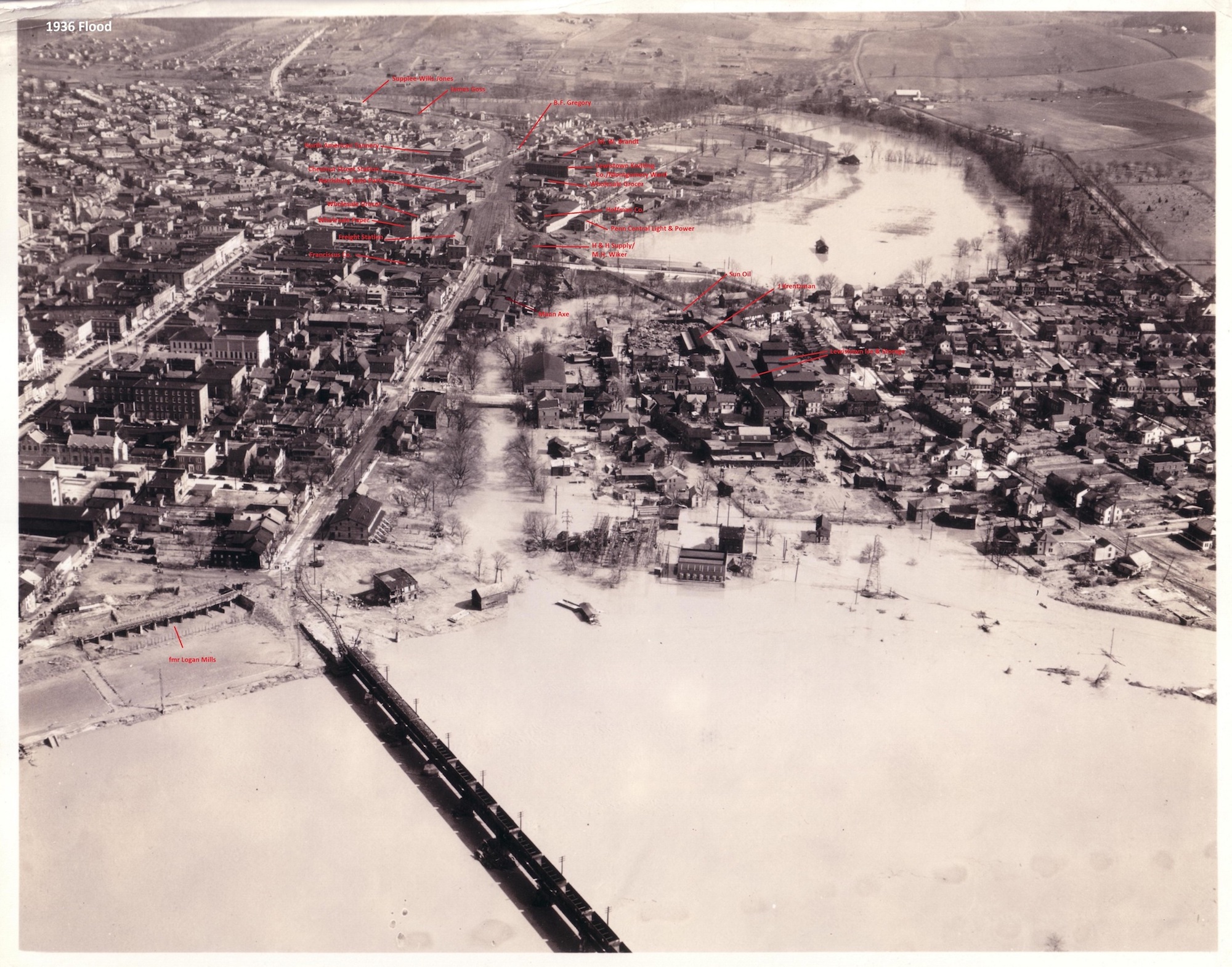 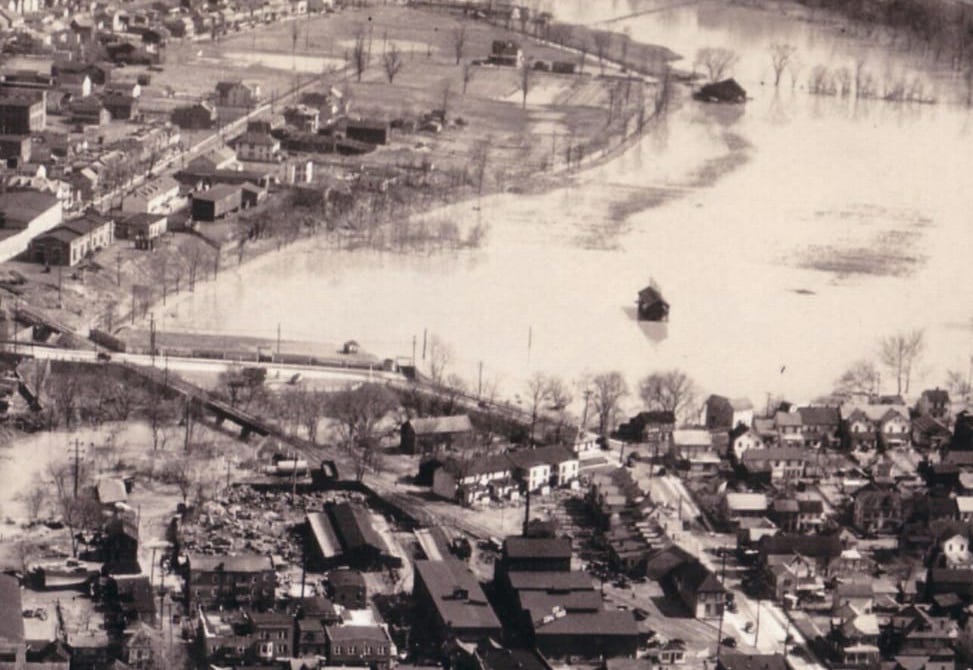 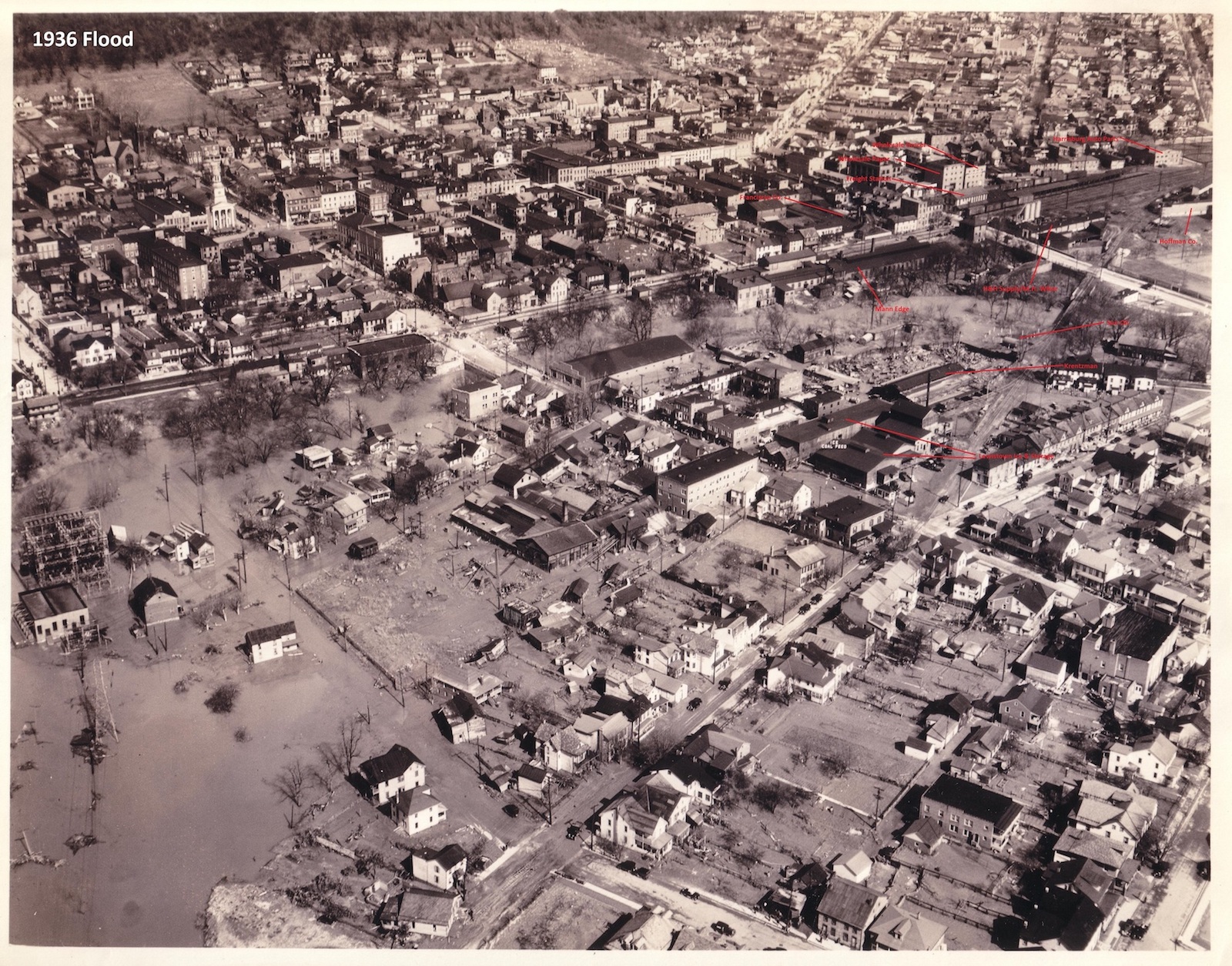 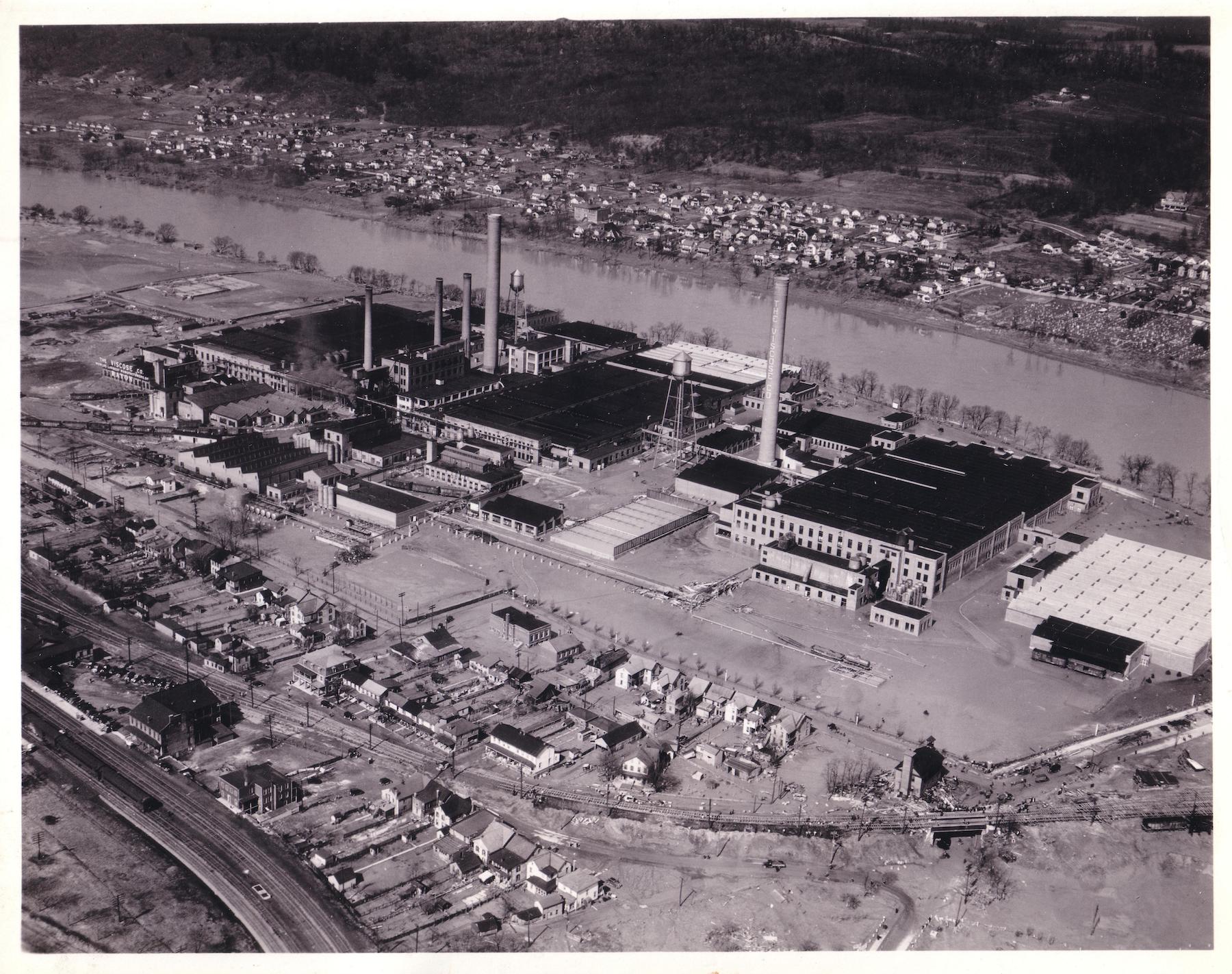 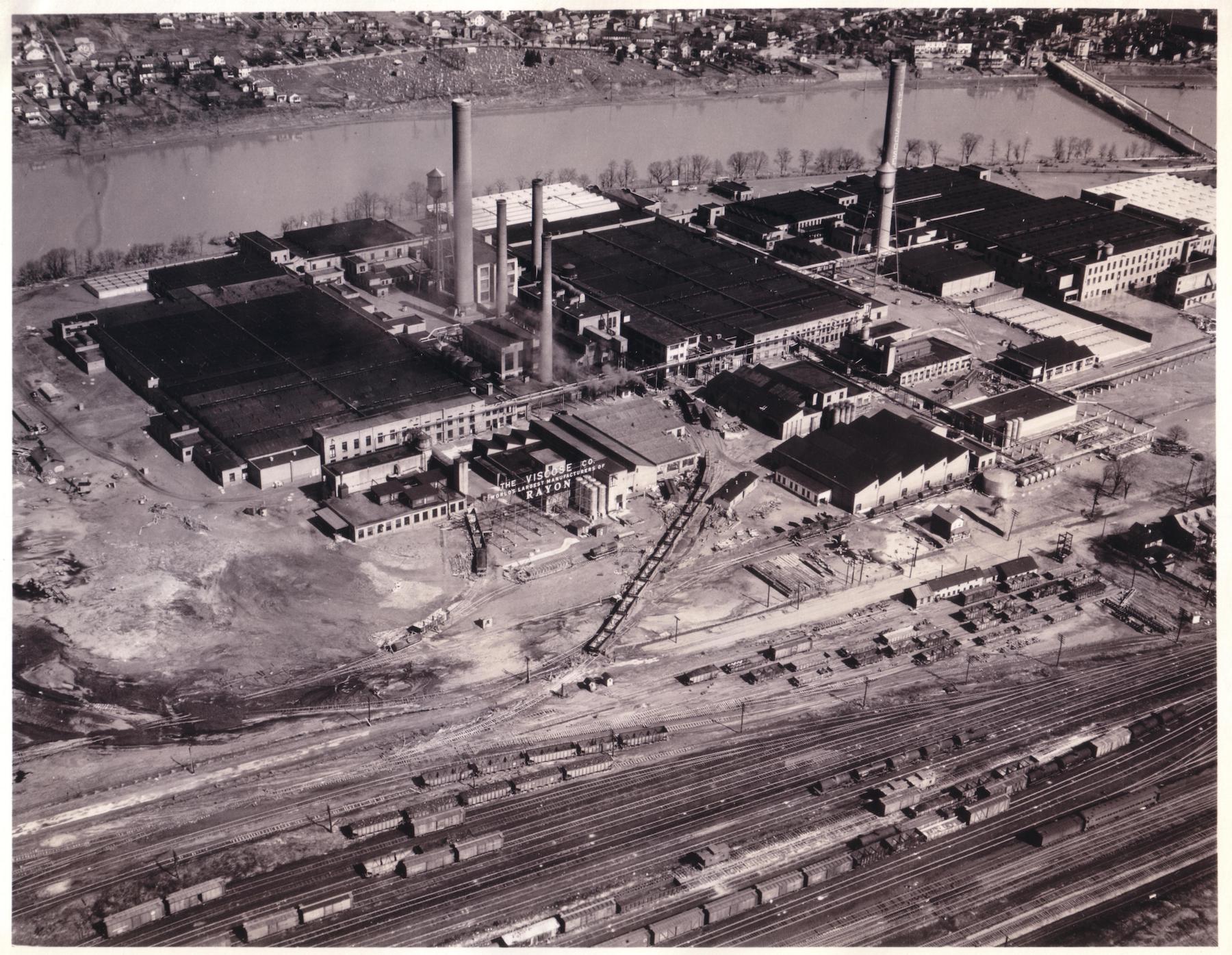 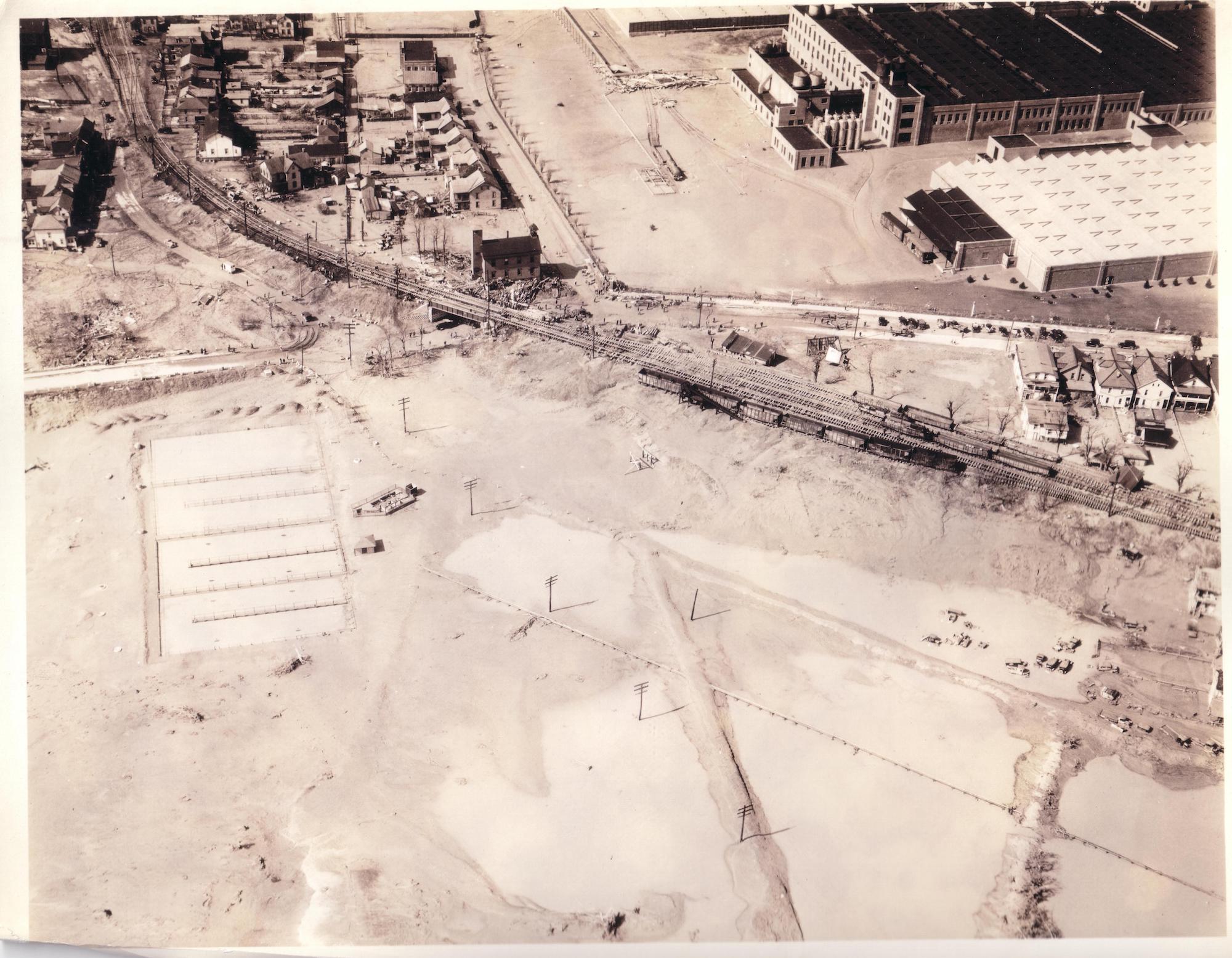 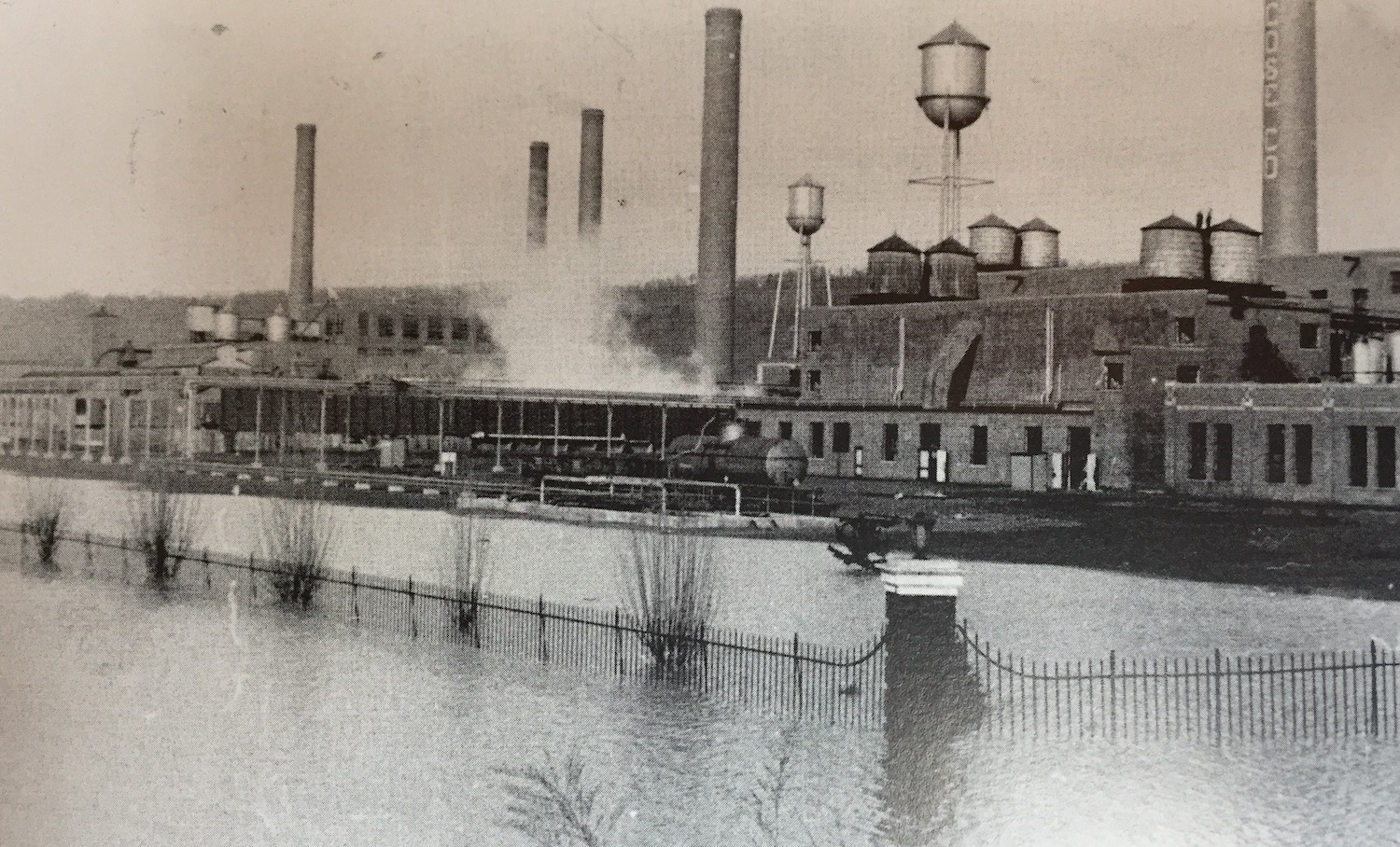