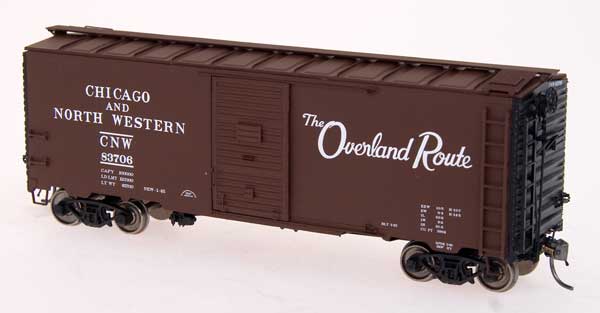 The C&NW became one of the longest railroads in the United States as a result of mergers with other railroads, such as the Chicago Great Western Railway, Minneapolis and St. Louis Railway and others. By 1995, track sales and abandonment had reduced the total mileage to about 5,000. The majority of the abandoned and sold lines were lightly trafficked branches in Iowa, Illinois, Minnesota, South Dakota and Wisconsin. Large line sales, such as those that resulted in the Dakota, Minnesota and Eastern Railroad further helped reduce the railroad to a mainline core with several regional feeders and branches. Union Pacific (UP) purchased the company in April 1995 and integrated it with its own operation.

Complete timeline not yet established.

"Route of the Challengers" slogan.

"Route of the 400 Fleet" slogan on one side; "The Overland Route" slogan on the other side.