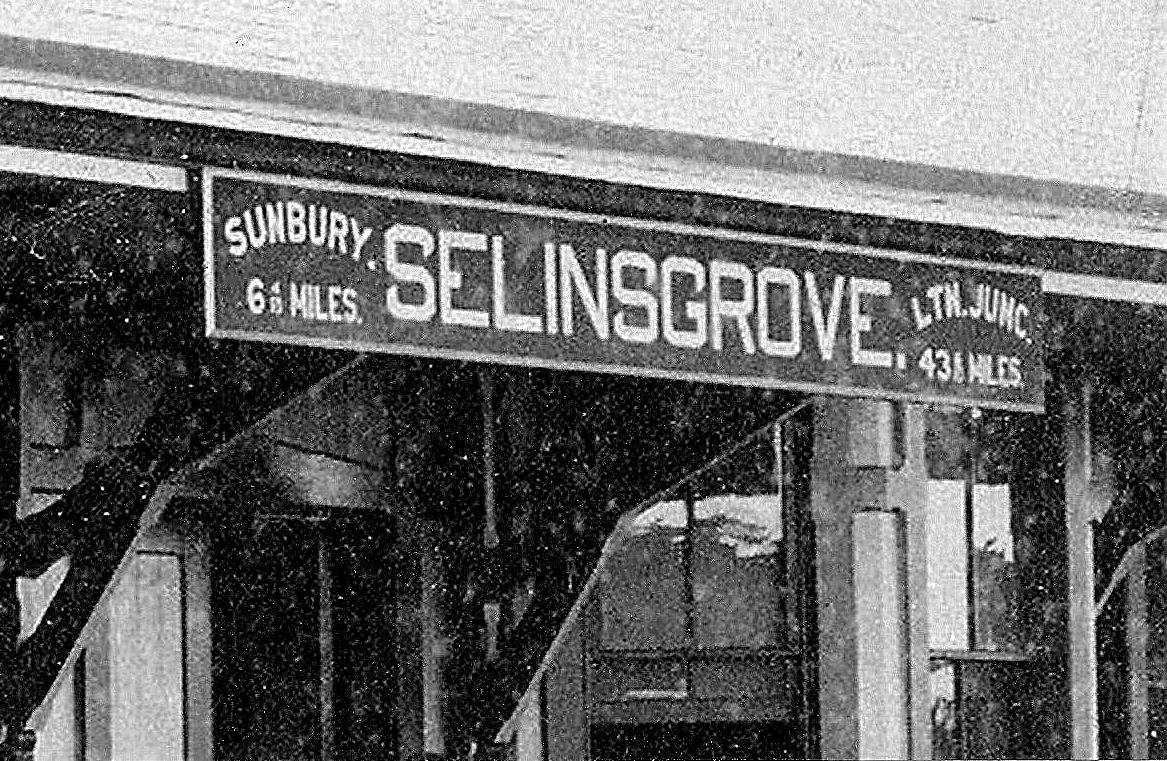 43.3 miles from the junction with the Lewistown Secondary. 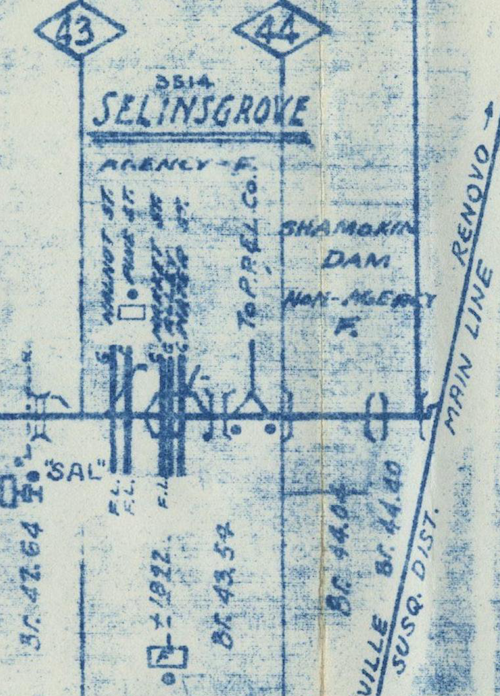 Selinsgrove track chart as of 1960.

On the 1921Sanborn map (#7), there is a rail-served warehouse not otherwise accounted for.

In 1914, Bolig & Klose open business at the old Wagenseller warehouse. In 1915, firm of Bolig and Klose dissolved and business continued by Luther Bolig.

Station was built by PRR 1882, but freight section expanded in 1900s, from original PRR 1881 drawings and dates. Vacant for years, it was rebuilt into a dining establishment in 2012 and reopened 2013.

Valuation field notes indicate the a loading conveyor was as of 1938 for Lloyd E. Houseworth and Francis O. Humme.

Valuation field notes indicate the a loading wharf was as of 1938 for Eugene and George Hoover.

Valuation field notes indicate the the removal of 303 feet of private track as of 1938.

The Isle of Que Mill on East Mill St, west side of Penns Creek. From left: H.D. Doebler, Abe Long, William Roush.
The Mill, at this time, was owned by Howard D. Schnure.
Following Schnure's death, the property was acquired in 1905 by the Pennsylvania Railroad. The last operator of the Mill was J.F. Youngman, who leased from the railroad in 1908 until July 1, 1920. The building was razed in 1929. 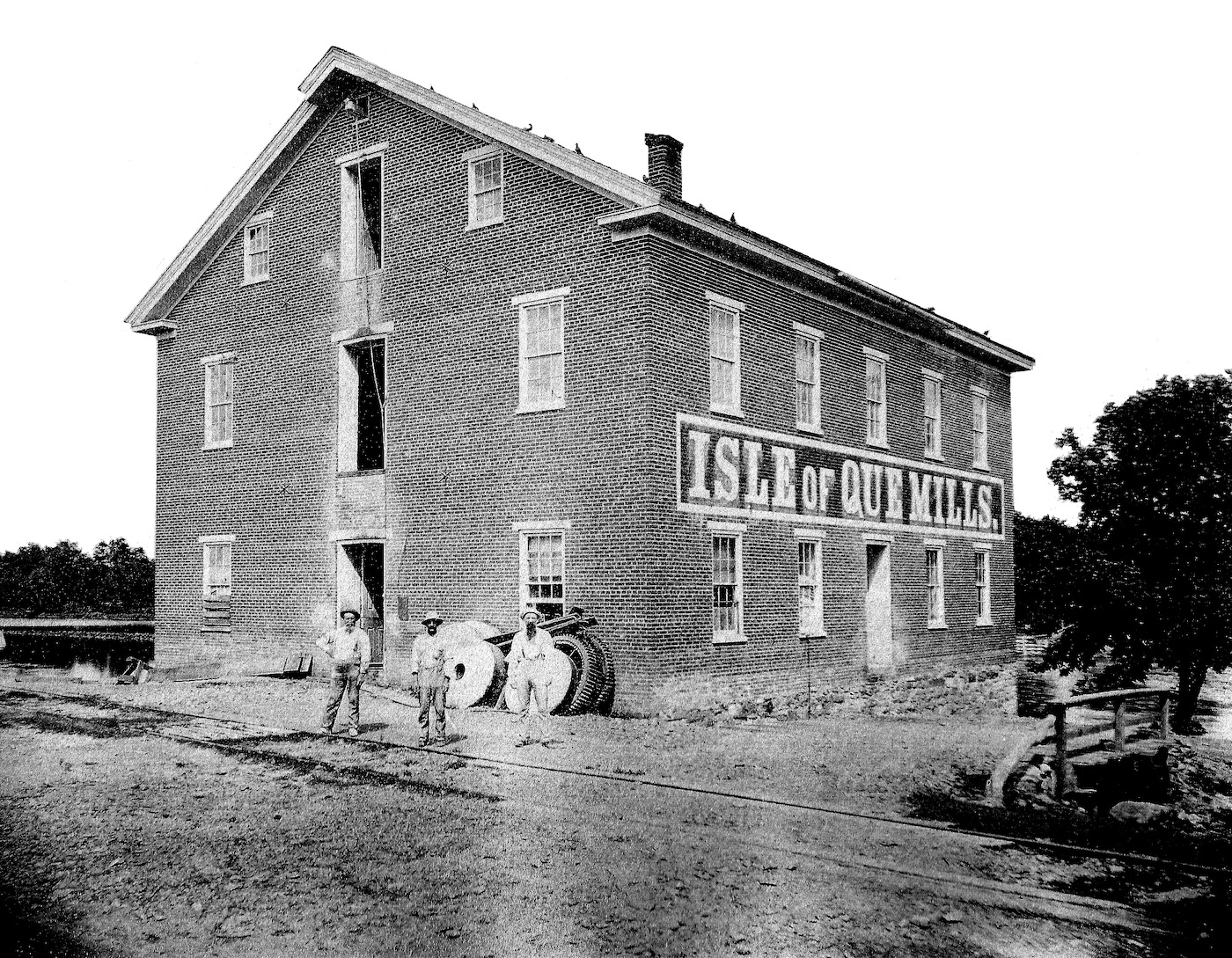