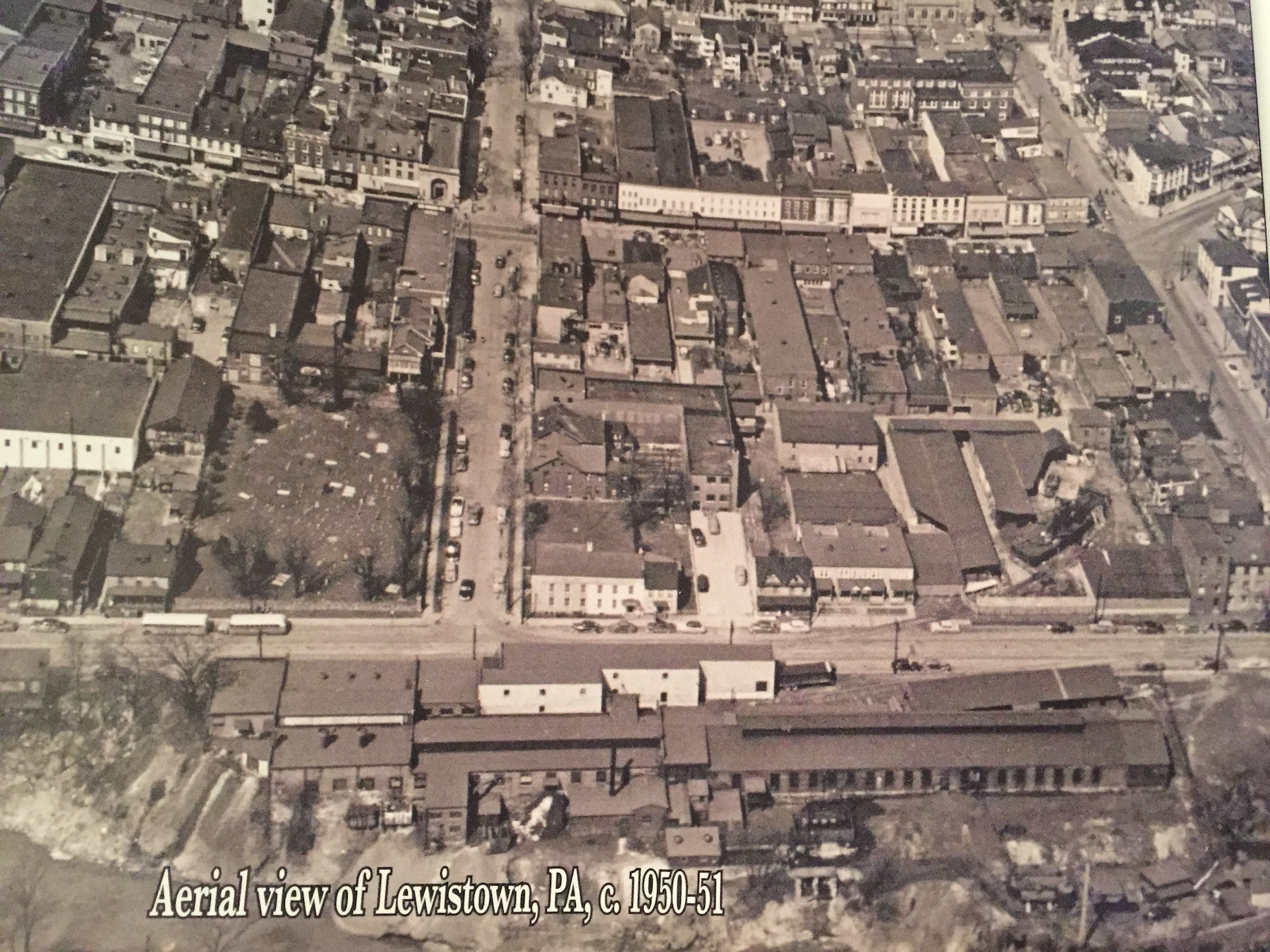 The Logan Mills property eventually became the right-of-way for US Route 22. A 1946 aerial image does not show this road connection.

The Pa. Highways web site suggests the portion between Route 103 and Lewistown was built in 1955 and extended west into Granville township in 1956.

A 1957 aerial image shows Juniata Street running through the former Logan Mills property. A gas station is present in the northeast corner. A gas station is there at present, with the same footprint as that in the 1957 image.